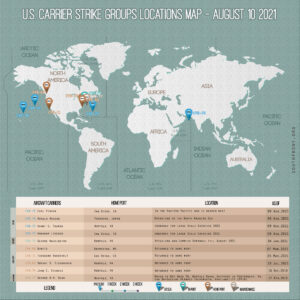 Interesting that the “home port” of 76 is in Japan.

Where did you see that homeport of 76 is Japan?

US has four carriers operational. Amazing.