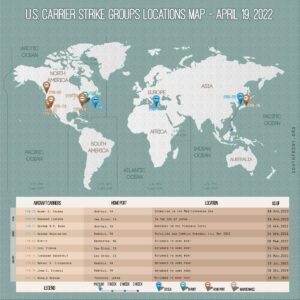 Moskva cruiser could destroy all of them with a salvo

Russia has a new submarine Moskva under operation. It can swop right underneath and hit those carrier groups right where it hurts

Russia has nuclear submarines. The replacement for the 40 year old Moskva has been under construction and is nearly completed. So in a way you are correct.

Sitting ducks aren’t always in a position where the hunter is favored.

No Aircraft Carriers near Iran, I guess that means they will either reinstate the JCPOA or Iran can breakout without any interference from the West.