Two separate attacks targeted local fighters in the southern Syrian governorate of Daraa on July 24 and 25, according to local sources.

In the first attack, on July 24, a local fighter identified as “Basel Kamal al-Masalmah” was shot and killed by unknown assailants near the al-Kazyah [gas station] roundabout in Daraa city. Local sources said al-Masalmah was a member of a unit affiliated with the Military Intelligence Directorate.

The unit is led by Mustafa al-Masalmah, a prominent local commander known as “al-Kassim.” This was the second attack on al-Kassim’s unit this week. The first attack killed two members of the unit and injured a third one.

A day after the assassination of al-Masalmah, unidentified gunmen opened fire at a motorcycle on road near the town of Tafas in northern Daraa. Two locals, “Abulrahim Issa al-Mubasbas” and “Khalid Ali al-Qabati,” were injured. Al-Qabati was reportedly a former rebel. 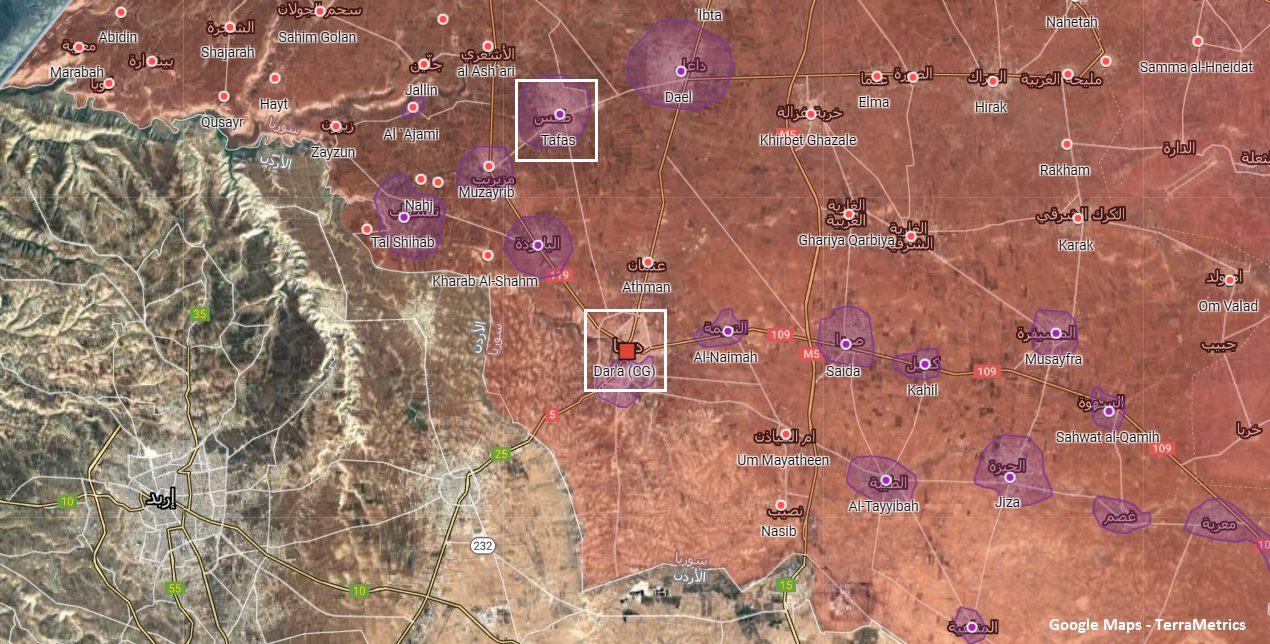 No group has claimed responsibility for any of the attacks, so far. ISIS cells are known to be active in different parts of Daraa. So, the terrorist group remains the main suspect.

The deteriorating security situation in Daraa has been affecting both government forces and local fighters. The two sides will have to improve coordination in order to restate security in the governorate.

A sad day for CIAisis…

“The deteriorating security situation in Daraa has been affecting both government forces and local fighters. The two sides will have to improve coordination in order to restate security in the governorate.”

FMD isn’t that what Russia’s been doing there for the last 6 months or more. And it was obviously working out quite well right up until the point the Iranians told Assad to use the Russian backed 5th army corps to go and kill their own family members, just because they were holding anti Iranian protests, what DICKHEADS, no wonder the Russians experienced mass desertions from the 5th army corps. I suspect the Russians were actually set up to purposely damage their reputation and standing with that operation, it was doomed from the start and couldn’t possibly have succeeded, so in effect it was a very big mistake on Russia’s part. Can the Russians salvage some or all of the damage that the Iranians have done in Darra lately, probably not, the fuse is still alight and it’s making its way to the dynomite. Iran can’t have more say in Syria’s political interests than the local Syrian’s do, Assad needs to understand that, the local don’t want to become second class citizens in their own country, their interests should come well before Iranian interests, not be subservient to them. Anti Iranian protests are fast changing into anti government protests lately, and that’s because the locals can’t see a distinct difference between the two groups anymore, they feel they’re both the same now, and I can’t blame them, I actually agree with them, there isn’t really much difference at all anymore. Come on Putin lift your game, Daraas slowly burning down while you help Assad play Iran’s favourite tune, how about you start playing some of the locals favourite tunes for a while, try to get them back on side where we need them to be, because 60,000 well armed opposition fighters are the last thing Assad needs to be facing in the southern territories.