LNG, or liquefied natural gas has been in the spotlight in recent months, especially since the US is attempting to force its sales to increase.

Despite that, Russia is constructing a massive gas pipeline, that will directly compete with potential importers of LNG to China, namely Washington.

There have been numerous reports claiming that by 2021 there will be an excess of LNG (due to the abundance of plants which began being constructed in 2010-2015), then a new deficit (after all, no new plants have been built in recent years). But this forecast is finally a thing of the past. After a lull in the market, there is a new LNG boom that is not going to disappear anytime soon.

In 2019 alone, investment decisions on the construction of new LNG plants for 63 million tons of annual capacity (mainly in the USA, as well as in Mozambique and Russia) were already taken. This is a fifth of all global LNG trade.

Naturally, despite the US push to impose its LNG sales and reduce those of its competitors and namely of Russia, Moscow is investing heavily in such infrastructure. The most prominent example, most likely, is the Power of Siberia pipeline which will supply compressed natural gas to China, at a potentially lower price, since it doesn’t need constant cooling down and a, still, expensive process.

Against this background, speculation has also appeared about the impact of future deliveries of Russian pipeline gas to the reduction of LNG imports by China.

It should be noted that there’s been a reduction in LNG deliveries to China in October 2019, but that may be due to an outage, and not so much due to Russia playing any role in it.

In addition, the development of the gas pipeline infrastructure inside China will play a role, which will allow (or maybe impede) for the internal replacement of regasified LNG with compressed natural gas in different regions of the country.

Interestingly, in October, China imported less LNG than a year earlier. Such a decrease occurred for the first time in a three-year period. After many years of growth in imports, this event is unexpected, but probably a one-time occurrence as of now. It is also attributed to an outage, rather than Russia’s gas supply.

The outage was of a terminal for receiving LNG. Indeed, the growth rate of demand for liquefied natural gas in China this year is noticeably reduced, following the results of ten months, imports grew by 14%. It is clear that it is impossible to grow by almost 50% annually (as we saw in the previous two years), especially since the low base effect quickly disappears in this case. Regardless, it is a much smaller increase than in previous cases.

In any case, the Asian gas market will continue to grow, the only question is what the balance between supply and demand of LNG will be. And this will be made more volatile and uncertain through the supply of Russian pipeline gas.

After all, plans to expand the supply of gas to China remain. In the conditions of an oversupply in the LNG market, it loses the status of a premium product with a higher price level, which means that a new pipeline export may be an interesting solution, especially if the cost of transporting fuel is low, as in the above example.

“China will become the world’s top importer of natural gas this year, boosted by purchases of LNG as its weans itself off coal-generated power, the International Energy Agency said.”
Methane produces up to 60% less CO2 than coal, not to mention sharp reduction in SO2.
Not a green power source, but a big step in the right direction to clean up emissions.

OMG u believe that man made CO2 causes global warming?
i hope not! Because it means u were totally fooled!

are you a complete idiot ? He never said anything about global warming, just pollution.

lol u just made yourself out to be the idiot!
Why would this nut bag be concerned about CO2? Do u consider CO2 a pollution??
Do u?
By the way Methane is the MAIN CAUSE of global warming!
So if the fuck wit is talking about Methane, Carbon Dioxide and “green power” and “cleaning up emissions” YET YOU are talking about pollution!
Are u saying that CO2 is a pollution? You know, that gas that allows plants to breathe!
Methane is a pollution?

Tell me exactly what u call pollution in the list of gases he listed above!
Educate me!

certainly not.
Yes CO2 is a pollution. At high concentration you get killed within minutes, without knowing it. considered very dangerous and always precisely monitored in all big cities. Go to Delhi, and you’ll understand the problem.
No, Methane is not “the MAIN CAUSE of global warming!”. Global warming is natural and climate runs in cycles, it’s been warming for the last 15000 years, seas have been rising for 6000 years at exactly the same rate it’s been in the 20th century. You should read about Milankovitch cycles, you’ll understand you’ve been brainwashed.
I’m not talking about the CO2 that is in the atmosphere, which is absolutely necessary to sustain life, not talking of this 400 ppm scam, as the most luxuriant period on Earth was when the CO2 was at 1600-2000 ppm levels, during dinosaurs.
Yes Methane is a pollution, as is CO2 and all unnatural emissions. And this has nothing to do with “global warming”.
Just go educate yourself.

jesus u are dumb!
Carbon Dioxide is NOT pollution u absolute dumbass horror of a human being!
Also when u talk about cities you are talking about Carbon Monoxide! Not Carbon Dioxide u moron!

Carbon dioxide does NOT kill humans in minutes! 70% of the air we breathe has Carbon Dioxide in it u dumb fuck!

LEARN SOME CHEMISTRY YOU FUCKIN MORON!

bla bla bla to the rest of your shit!

Methane is the main cause (besides water vapour and the sun) to make the earths temp rise and fall! Methane can cause and fix Global warming within 30 years! But this is not the argument!

The argument is the first dumb ass calling Carbon Dioxide a “pollution”! it is not! Carbon Monoxide is! Its when dumb cunts like u get together and get ur chemistry mixed up and u bring up bullshit!

Trees breathe Carbon dioxide! its a life giving gas u dumb cunt! its NOT a pollution! Trees supply oxygen! Its the cycle of life!

If u call Carbon dioxide a pollution then u may as well say another dumb comment like oxygen is a pollution and while youre at it, say a baby is a parasite! THATS HOW FUCKING DUMB YOU SOUND!

THE TWO NEW WORDS YOU LEARN TODAY ON SESAME STREET:

Did you forget to take your pills, hysterical idiot ?

Shit reply!
Seems like u just realised u had no come back!
lol!
“CO2 is a pollution” you said!
BAAAA hahahaha

Nobody is supposed to sell natural gas to countries the US doesn’t like – that’s Clown World rules! Now if Gazprom extends the Power of Siberia pipeline to friendly Japan, then that would be OK.
No, wait… Damn you, Putin! 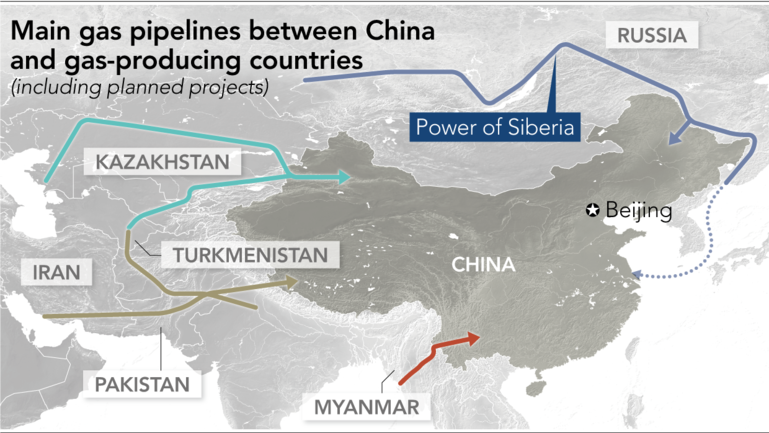 where r the CIA robots’ comments, Tanya wohl, etc, now that nordstream 2 is fully permitted and will undercut the market for expensive US trash LNG?…as the empire fades into irrelevancy the CIA robots will be relegated to perpetuating their transparent lies to a stupefied amerikan population