In her latest interview with the Italian newspaper Corriere della Sera, Grybauskaite have vowed that the US has to deploy submarines armed with Patriot air defense missiles.

“NATO’s air defense in our regions is insufficient and must be strengthened,” she said. “Patriot can be installed on submarines or on our territory.”

The only problem that such missiles do not exist.

Considering that a major part of Grybauskaite’s public statmenents are dedicated to the so-called Russian threat and a need of additional US forces in the country to counter it, the Lithuanian president should contribute a bit more efforts researching what kind of systems and missiles its big brother can deploy.

NO
US Navy ships do not have Patriot missiles.
The US Navy has an anti aircraft system that actually works, it’s called Aegis.

The US is now looking at using Aegis on shore, because the Patriots just don’t work.

And a little something from Porton Down , thrown-in for good measure ?

This reminds of a US talk show host named Oprah Winfrey (who has a huge influence on millions of the uninformed, misinformed and feeble-minded in the country) who years ago used the term “anti-aircraft carrier” years ago when trying to speak intelligently on military matters. Miss Dalia needs to start reading http://www.southfront.org on a daily basis to avoid embarrassment!

How about Patriot equipped trained whales?

How much of their GDP do they spend on Nato? If they were that worried, they would learn how to defend themselves, not expecting others to pick up the bill, or take the sacrifice. 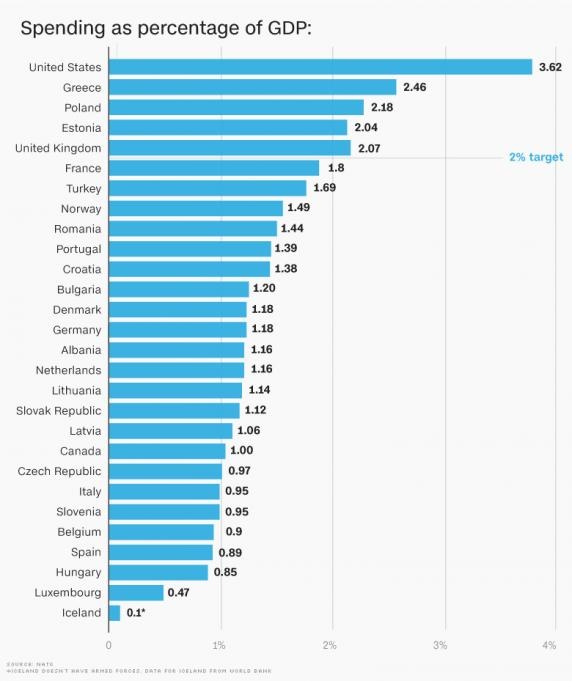 Wise Gandalf
Reply to  AM Hants

Practically as much as germany.

The EU is enough strong to stop each country attack us.

It appears that she is every bit as informed as US politicians.

I bet they think that Lithuania is right next to Alabama.

This Dalia skunk was part of the Soviet elite that threatened WW3 with missiles pointed at London in the Cold War. Now, the UK nuclear trident are pledged to support this same skunk and her rabidly anti-Russian RACIST people as they carry on their local feud.
Who gave permission for this farce???