That was the statement of Iran’s Foreign Minister Mohammad Javad Zarif while referring to the series of economic sanctions imposed to the Islamic nation due to its nuclear activities. 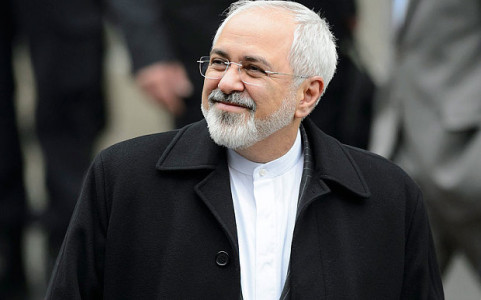 Mohammad Javad Zarif stated, earlier today that “all oppressive sanctions’ imposed against the Islamic Republic will be annulled today”.

Today, in Vienna, Iranian Foreign Minister told the media that “with the submission of the report by the director general of the International Atomic Energy Agency (IAEA), the JCPOA (Joint Comprehensive Plan of Action, finalized in Vienna on July 14th) will in fact become implemented, and after that, a joint statement…will be read out to announce the implementation”.

Zarif made such statements in regards to the agreement reached between Iran and the P5+1 group of countries last year.

The Iranian official qualifies the lifting of sanctions as a good opportunity for all the citizens of the Islamic Republic by means of which all the restrictions and sanctions imposed by the Security Council and the IAEA Board of Governors will finally end and be annulled officially.

Also, the end of economic sanctions over Iran will help to vanish the shadow of tensions in the already volatile region, Zarif said.

Another remarkable point of Iranian FM’s speech was the fact that he pointed that respect, dialogue and negotiations can definitely make more important achievements in regards to foreign policies and mutual solutions of impasses of any kind, not intimidation, threats and sanctions.

In Vienna, Zarif met with Federica Mogherini, EU Foreign Policy Chief to hold a briefing about the JCPOA; also, a meeting with US Secretary of State, John Kerry is planned to take place.

As a requirement for the full implementation of the JCPOA, Iran must limit its nuclear activities to receive, in exchange, the removal of the sanctions over its economy. UN Nuclear Agency is in charge of verifying Tehran’s compliance with the nuclear deal reached on July, last year.

US President, Barack Obama lifted a decades-old ban over the exportof civilian passenger aircraft to Iran on Friday. This information was released by US official in Washington.