Delegations of the Government of National Accord (GNA) and the House of Representatives (HoR) had agreed to reach a “comprehensive political settlement” to end the war in Libya during talks in the coastal Moroccan city of Bouznika, the Maghreb Arabe Press reported on September 9.

In a joint statement, the warring sides said the talks in Bouznika were “positive and constructive,” revealing that important understandings have been reached.

“The talks resulted in important understandings that include setting clear standards to eliminate corruption, stop public money waste and end the state of institutional division … Everyone hopes for good and tangible results that will pave the way for the completion of the comprehensive political settlement process throughout the entire nation,” the statement, which was read by Mohamad Khalifa Najim, a respective of the GNA’s High Council of State, says.

Five members of the High Council of State and five others from the HoR are taking part in Bouznika talks, which started on September 6. The talks are set to end tomorrow.

According to Libyan sources, the two sides are yet to agree on the governor of the Libyan Central Bank, the head of the National Oil Corporation and the Commander-in-Chief of the Libyan National Army (LNA).

The GNA and the LNA led by Field Marshal Khalifa Haftar and backed by the HoR have been at war with each other for around two years now. The conflict drew a Turkish military intervention in late 2019.

The low-level talks between the GNA and the HoR are witnessing some progress. Wider high-level talks will likely follow to cement the results reached in Bouznika.

happy to see you such obsessed with me…join the club…

he says hello to you from hell…….axaxaxaxaax 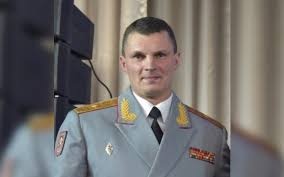 The only language turkey understands is force. A combined and simultaneous Russian Airforce/Navy backed offensive against the GNA in Libya and terrorists in Idlib, Al-Bab would stun them :)

Remember TSK shot 20 MANPAD at Russian jets, after 1 KAB-1500L burnt 50+ of them, they never dared to target RuAF ever again lol

The GNA regret the day they ever made a deal with Erdo and the Turks. As I pointed out on another thread, there will be peace talks and near the top of the final joint resolution will be the removal of foreign troops (by which they will mean Turks).

This will be the latest in a long series of blunders and humiliating outcomes for Erdo and the Turks. How much more of this will the proud Turkish people and military take before they remove this ridiculous clown and end the rot that blights their lives and national honour and prosperity.

” comprehensive political settlement process throughout the entire nation, ” = Rothschild controlled bank, Feminism, oil sales denominated in dollars and so forth. Cant wait till the UN gets involved in writing a new constitution.

Ronald
Reply to  Fog of War

The UN is the GNA, doubt that will happen, but they will try.

Fog of War
Reply to  Ronald

The UN is also = the UNSC = Russia, China, US, England, and France who legitimized the GNA. Just like in Syria the UN will be glad to help write the NEW constitution. Wait and see.