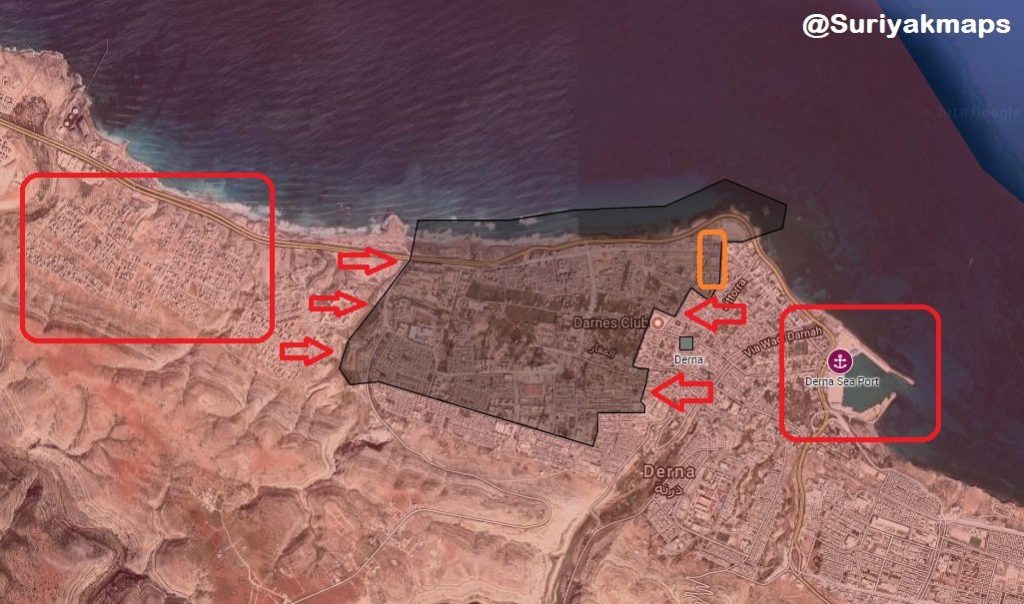 The Libyan National Army (LNA) is storming positions of the Shura Council of Mujahideen in Derna (SCMD) in the central part of the city of Derna.

According to pro-LNA sources, the group is now at the final stage of its operation to capture Derna. The SCMD lacks heavy weaponry and guided missiles to oppose to the ongoing LNA advance. So, the LNA may capture the entire city by the end of June.

Where will SCuMDogs get bused to?

Has Qaddafi’s son allied with LNA ?

VERY nice! I hope soon Libya will always be cleansed of zio rat scum and be strong and unified again under Qaddafi’s son :)))