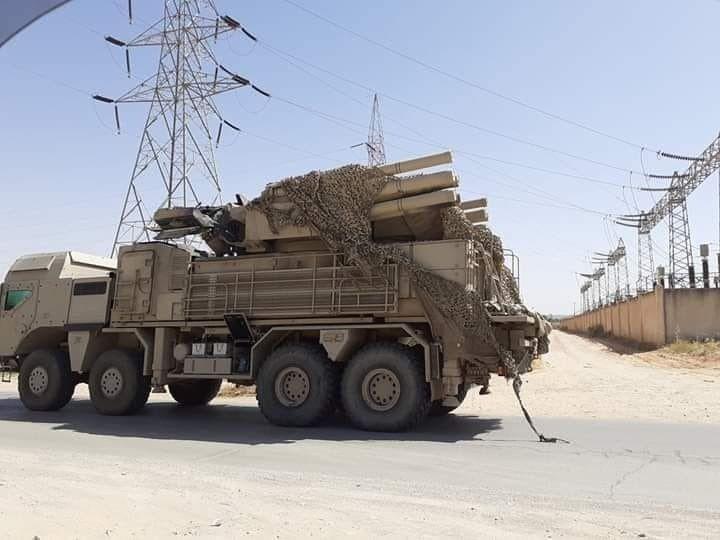 Pantsir-S is in Libya

does the pantsir was bought during ghadaffi or when haftar is in charge?

The difference between Libya and Syria is the Turkey has no border to Libya. In Syria a drone is often very close to the border and fly in and fly out in a matter of minutes. In Libya Turkey can’t use the border as protection (Turkey can call for Nato article 5 if they shoot down anything on the Turkish side of the border). That’s why Turkey shot down Syrian jets from the Turkish side of the border to provoke Syria to fire back so Turkey could call for article 5 but Syria never fell for it.

Turkish drones enter in Syria airspace of Idlib while Russian jets and Syrian/Russian drones were flying…then at the begining the air defense was not active to avoid friendy fire later SAD had no problem to shot down every Turkish drone !

The Turks are making the worlds greatest target drones.

The kids on the streets can take them down, with a slingshot!

Question to the experts only, not the pro Russian trolls. Is the radar system damaged or destroyed. Looks damaged an black smoke. Pls help here. What weapon did hit it?