The Libyan National Army (LNA) has entered into the western and eastern parts of the city of Derna amid intense fightng with militants from the Derna Mujahideen Shura Council (DMSC).

The DMSC is a coalition of extremist groups, linked to al-Qaeda and ISIS, which is currently controlling the city. The LNA is led by Field Marshal Khalifa Belqasim Haftar. The LNA is currently working to consolidate its control of the eastern part of the country.

According to pro-LNA sources, after capturing Tamiskit Hills LNA troops, backed up by artillery and air strikes, advanced in the direction of Nusseibeh Bint Kaab Mosque in western Derna. LNA forces also captured the district of Fatayah and advanced on the district of Bab Tobruk in eastern Derna.

The pro-DMSC media is actively using the issue of “civilian casualties” in its propaganda against the LNA advance and is searching options to get some “intenrational support” to stop the LNA advance.

Reports also appeared that 16 DMSC militants were executed because they had attempted to surrender to the LNA.

The LNA launched its operation to retake control of Derna on May 7. The operation is reportedly backed by the UAE and Egypt. 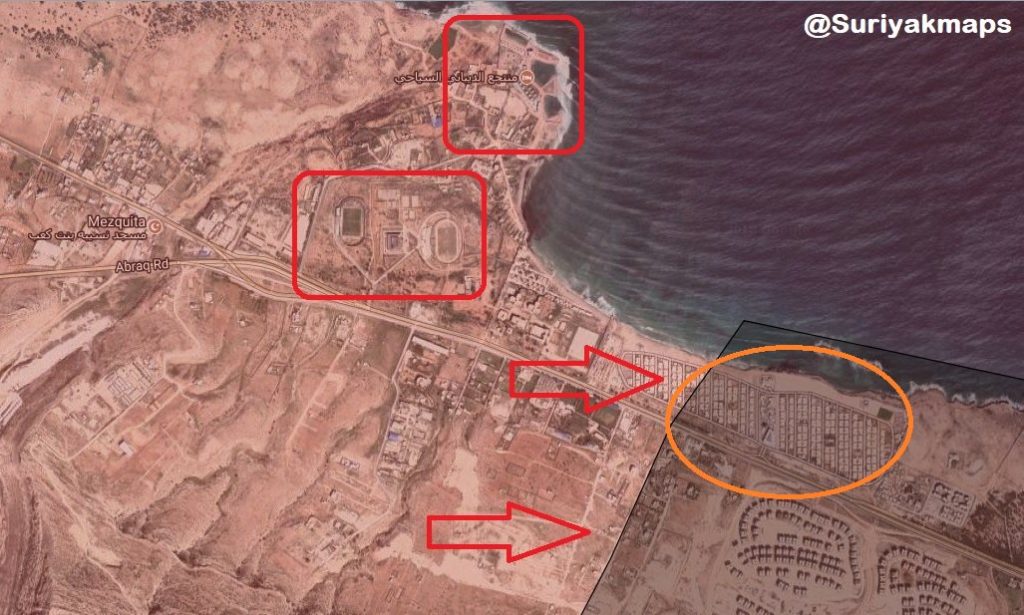 It looks that the LNA captured these newer, less denesly populated areas. The DMSC likely retreated to the old town.

Fun fact: Derna was the first city outside North America where the US flag was raised. During Berber Wars.

ISIS (DMSC) likely have retreated to the old town – they want it destroyed. And not at all surprised that so called fun fact of the Zionists raising the US flag in Darna. Darna is the Jewel of Barqua and the birth-place of the Egyptian Pharoes.

The vast majority of humans in Derna are with the LNA. There are approx 1500 Ex ISIS and AQAP Militants in Darna and there will be many more executions. Reason for this is because they have conscripted and nobody in Darna is with them. This is by far not going to be easy and will get messier. They will be using Human Shields and taking Hostages. Additionally they ARE ISIS and AQAP. As in Syria they have Re-Branded several times. To call them militants ‘linked’ to ISIS and AQ is like stating that Hayat Tahrir Al sham is ‘linked” to AQ when factually it is Nusra under a Re-Brand. As for them searching for excuses by taking hostages and caliming civilians casualties – Darna is the location of the “Bulldozer” shipments of NATO weapons from Misrata – from Darna – over 10,000 Libyans have been force disappeared, a million displaced and tens of thousands of civilians targeted, killed and injured. Darna is NOT a small matter. Itr is Terrorist ISIS AQ HQ of the East and more dangerous than Ganfouda which was armed and supplied by Darna. Darna is where all of the attacks in the East are orchestrated. It is under the command of Abdel Hakim Belhaj who is supporting them from Istanbul via Al Nabaa TV – his Media.

Judging by the lack of coverage the siege is getting in MSM, Derna will not receive outside help. Even besides that if what SF says turns out to have any truth to it (that many Derma militiamen have connections in Al-Qaeda and ISIS), then outside intervention will favor the LNA. But most likely this is just another battle between to armies of pirates, IMO.