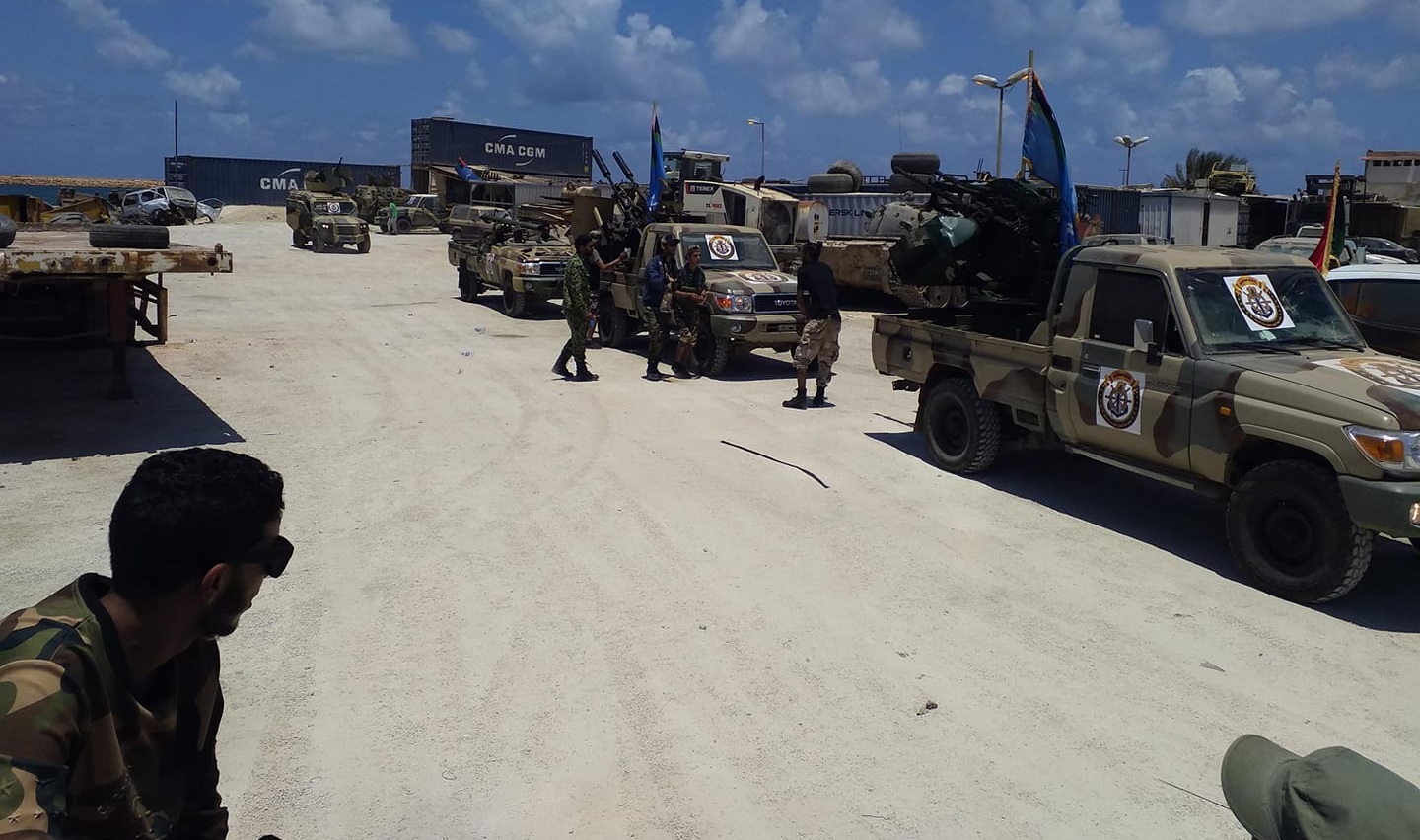 On June 17, the Libyan Nation Army (LNA) launched a military operation to secure the strategic oil crescent between the cities of Ra’s Lanuf and Benghazi in northern Libya, according to Libyan sources. The LNA main task will be to recapture several positions inside and around Ra’s Lanuf and Sidra from the the Petroleum Facilities Guard (PFG) militia.

In the first hours of the attack, warplanes of the Libyan Air Force (LAF) conducted more than eight airstrikes on the positions and vehicles of the PFG and its allies around Ra’s Lanuf and Sidra.

This is aftermath of #Libya National Air Force (#LNAF) airstrike against Seraya Defend #Benghazi (#BDB) terrorists in Ben Javad, Libya Oil Crescent District this morning. Majority of the areas which had been captured by #BDB/#PGF are now liberated by the Libya National Army today pic.twitter.com/6QVaTsfHUJ

The PFG backed by the radical Benghazi Defense Brigades and mercenaries from central Africa managed to capture several key positions in the oil crescent on June 14 after a successful rapid attack. Back then, several Libyan sides including the Libyan Government of National Accord (GNA) condemned the attack. 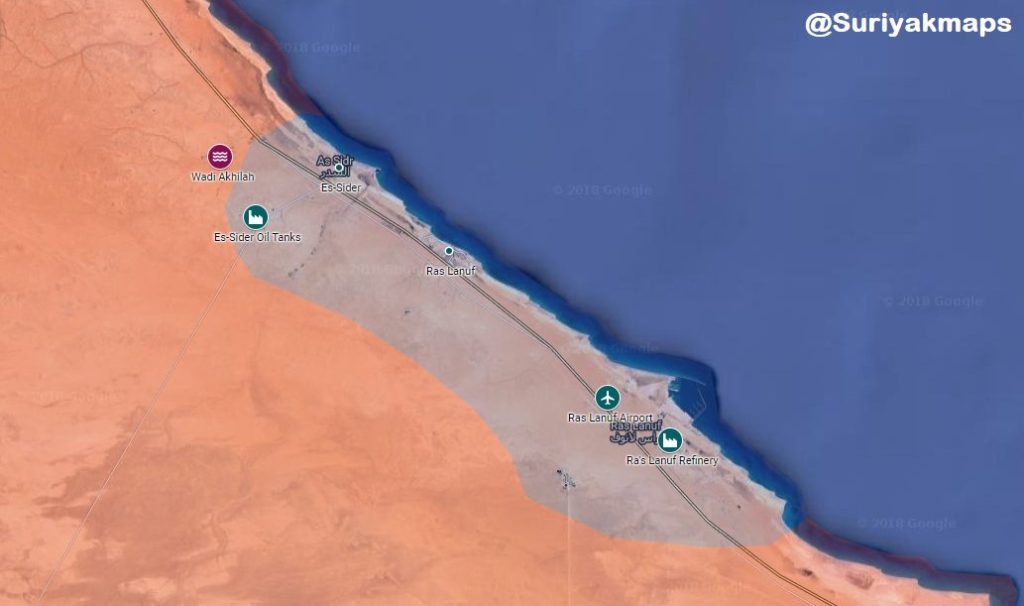 From it side, the Libyan National Oil Corporation (NOC) released an official statement on June 17, in which it called on the PFG to withdraw from all the positions it managed to occupy in Ra’s Lanuf and Sidra. The NOC also revealed that one of its oil storge tanks was badly damaged due to the PFG attack.

The PFG is clearly planning to turn the oil crescent into a base for illegal oil trade. However, this plan will likely fail as the LNA, supported by Egypt and the UAE, appears to be determined to secure the oil crescent as soon as possible.

The real question with all these interlinked factions is when infighting ends and external war begins.

I am sure you trying to say something with what you post.

And what is the real question really?

So you think the US plans to use Libya as a base to attack other nations in the region?

The Libyan National Army is like the Free Syrian Army, an American mercenary outfit. They don’t represent the Libyan people, they kill for America.

Good to know as I don’t give much attention to the news from Libya since I have no idea who is who there. Took me a long time understanding who is who, in Syria. Now is enough to know not what they are called but who the enemy is. Black and white.

Did you know the US released al Qaeda people from Gitmo, to lead the attack against Libya.

Yes I have followed the events in Libya as well knew exactly what is been happening behind the scenes, to the point where they killed (G) Qaddafi. After that I stop be interested, as the damage has been done, in an irrevocable way, for the people there.

The one US set up is GNA. LNA actually the remnants of much the Libyan regular army. Read more about the Libya recent history to know who’s who.

So if the LNA is the old Libyan army then is supported by the tribes of africa, who was recognizing as leader Quaddafi.

Yes that’s what it was. Which is why the west are trying to make them look like the militants they own in props media.

I had a lot of respect for Quaddafi as a leader and for what he build for his people. Socially and other wise. Before the globalists go in and destroy it was a prototype of what leadership who care of her people. should be like.

Yes despite their drawback in some comfort and entertainment they actually advance as a country. Anyway you’d really want to know who’s really the GNA and it’s army is.

I have never seen them in discomfort and I been to Libya, before the destruction of her several times due to business we been doing there with one of our companies. They had the best educational and medical care I have witness around the world and all the population was receiving shares from the oil. Not some global company take it all, as is the standard practice. And have spend few summers at the beaches of Libya, mixing with the people there and have very good memories and very good impressions of the country.

And to tell you the truth… I think is best the Libyan people to know their enemies and counter act them. Me if I know all good I can do which amounts to nothing in my book, is to say it here passing my time, having a lot of time in my hands, lately due to the work I do and the small paradise I live in.

By comfort I meant the usual liberal overplayed values.

Oh yes, now i understand what you mean. But that was by choice, not because they could not, or someone forbid it for them.

Free education free healthcare, free electricity, the guy spent the oil money on the people, not bombs and guns like you know who.

Thanks for the correction.