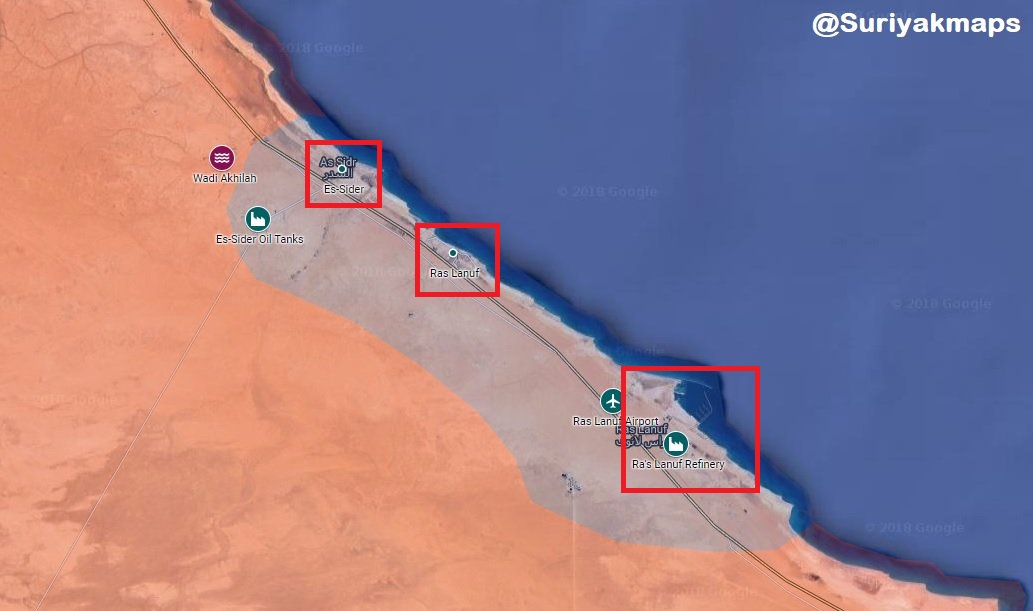 On June 21, the Libyan National Army (LNA) launched a ground attack to liberate the strategic oil crescent between the cities of Ra’s Lanuf and Benghazi in northern Libya. Hours after the beginning of the attack, the LNA captured the strategic ports of Ra’s Lanuf and Sidra from the Petroleum Facilities Guard (PFG) militia, according to the UAE-based Sky News Arabia TV.

Several fighters of the PFG were reportedly killed or captured by the LNA during the successful attack in northern Libya. Furthermore, Libyan sources reported that warplanes and attack helicopters of the Libyan Air Force (LAF) bombed and destroyed several convoys of the PFG while they were attempting to withdraw from the oil crescent.

The PFG captured several key positions in the oil crescent after a rapid attack on June 14. The radical Benghazi Defense Brigades and mercenaries from central Africa supported the PFG attack, back then.

The Libyan National Oil Corporation said that the PFG attack led to high financial loses, as it forced the corporation to shut down all the ports and the oil facilities in the oil crescent. Several oil storage tanks were also destroyed by the PFG, which was likely planning to restart its illegal oil trade.

Very few and isolated positions in the oil crescent are still under the control of small groups of the PFG, according to Libyan sources. The LNA, backed by the LAF, will likely mange to clear these pockets in the upcoming hours.

Why do they always scream “Allah hu Akbar” before firing a mortar? I just dont really understand the point. I get that they think God is great. But does screaming “God is Great” at the top of your lungs make the mortar more accurate?

It just seems like such an unnecessary waste of energy to scream that shit all the time. It may even give away your position to nearby hidden enemies too….