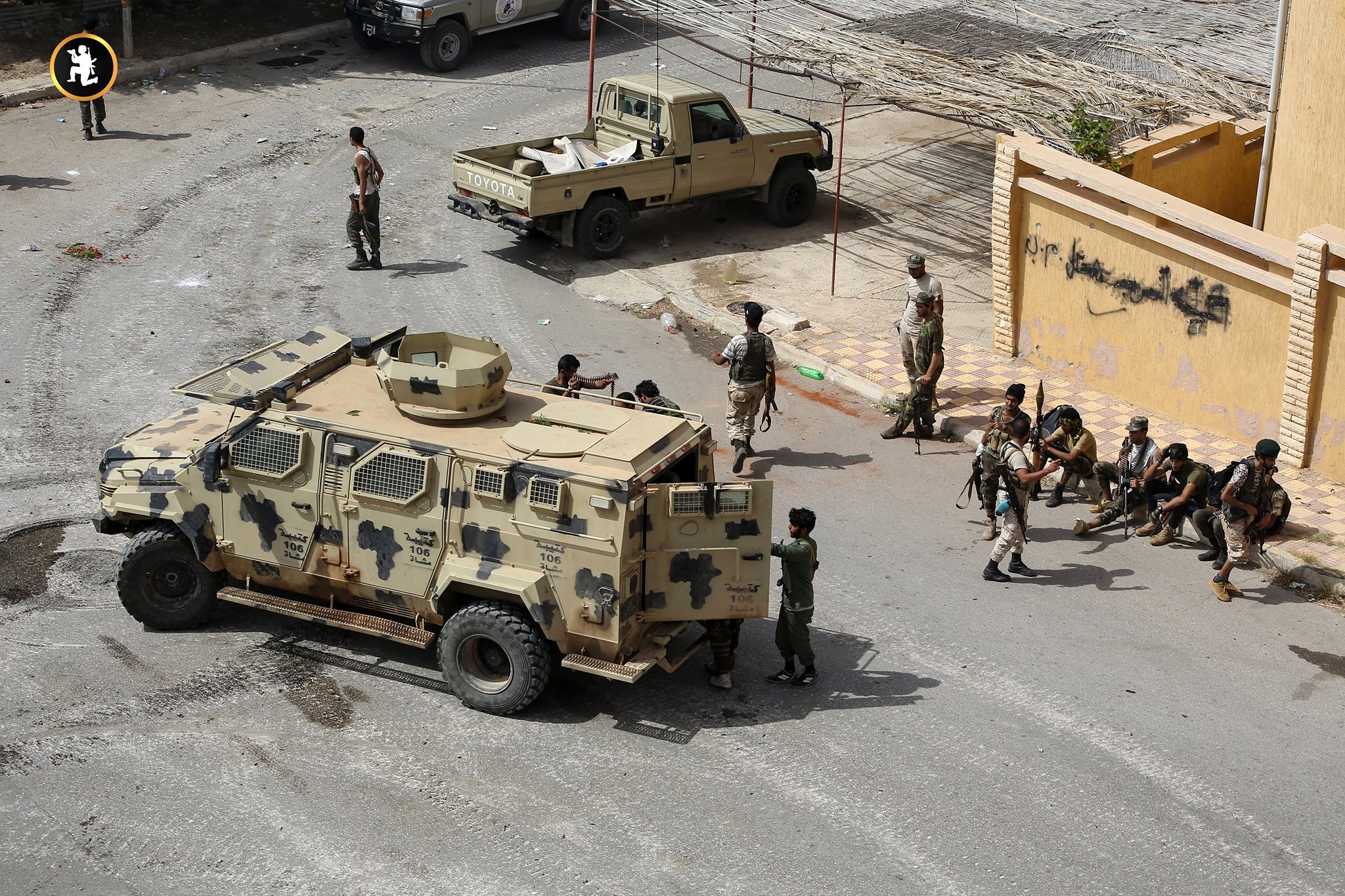 Illustrative image, By the media center of the Libyan National Army

On June 20, the Libyan National Army (LNA) besieged the remaining militants of the Shura Council of Mujahedeen in Derna (SCMD) in a narrow area of 1,500m2 in the center of the northeastern city, according to the UAE-based Sky News Arabia TV. An unnamed commander of the LNA told Libyan sources that the LNA will impose its control of Deran in the upcoming hours.

Furthermore, a source in the LNA revealed to Sky News Arabia that more than 50 foreign militants of the SCMD are currently hiding in a small pocket in the area of al-Maghar in the center of Derna. The LNA is currently working to neutralized these militants.

Meanwhile, the Libyan outlet Africa Gate News reported that a suicide vehicle-borne improvised explosive device (SVBIED) of the SCMD targeted a gathering of LNA soldiers in the district of Wast al-Balad in Derna. Four LNA soldiers were killed and several others were injured as a result of the attack, according to the source.

The SCMD’s use of SVBIEDs shows that the radical group is desperate to repel the ongoing attack of the LNA in Derna. ISIS followed a similar tactic right before its defeat in the battle of Mosul.

Not putting up much of a fight. I suppose each of these armed group would each individually go underground and leave the fighting to other people so that the whole front collapses with little actual fighting.

Popular forces in Iraq attacked by iraqi police………iraqi police have now surrounded headquaters of popular forces. I quess the usa made the call.Now its official what I always said…..iraqs prime minister/president is a us stooge.I mean seriously what would a true free iraqi president do first??? KICK out the american forces, kick out the ambassador and never again let an american citizen ever get into iraq again.That would be just logical.Not iraq.Only the popular forces continusley ask for the us pricks to get out.Not the government.So now its practically official.The usa controls the iraq government.