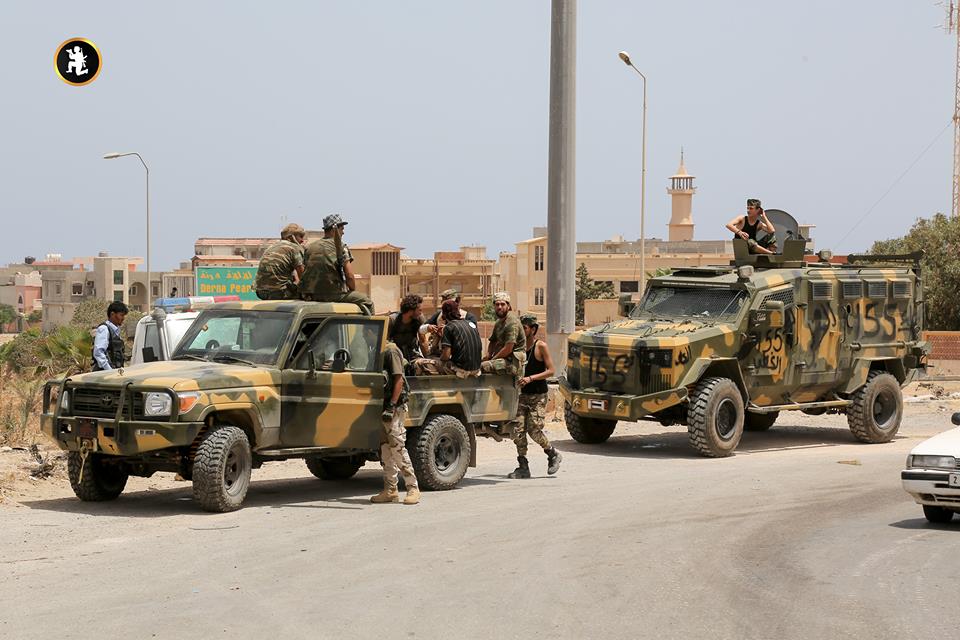 During its advance, the LNA evacuated more civilians from Derna and distributed humanitarian aid to the civilians who were not able to leave the city due to the clashes, according to the Libyan outlet Africa Gate News.

Meanwhile, Brigadier General Ahmed Al-Mesmari, a spokesman for the LNA, announced that the upcoming hours will witness the full liberation of Derna from the SCMD. Brig. Gen. al-Mesmari also revealed that the SCMD lost a high number of its fighters during the clashes in the city.

Despite that the remaining positions of the SCMD in Derna are about to fall into the hands of the LNA, the armed group may mange to hold the LNA back for few more days by conducting limited defensive operations or even suicide bombing attacks.

May they be successful in their endeavors to drive the occupiers out and restore Libya to where it was before Satan destroyed their beautiful country, terrorized and brutally murdered it’s people and stole it’s wealth.