Libyan forces captured a large convention hall complex in the center of Sirte, which was used by the ISIL terrorists as their symbolic base. 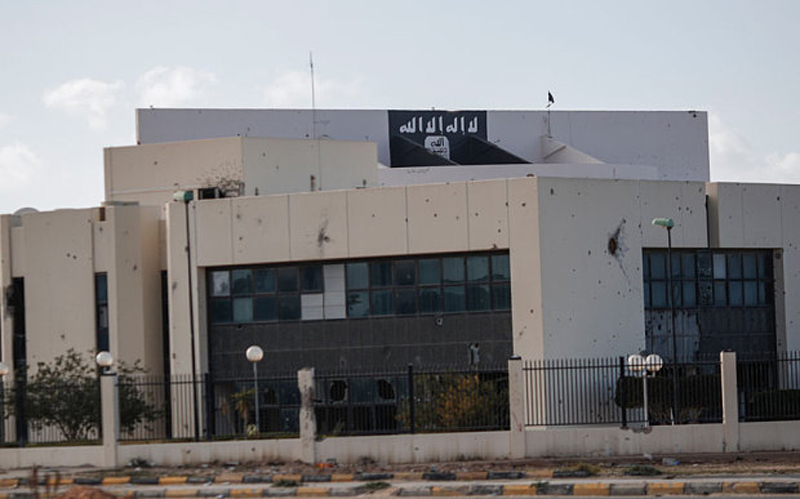 On August 10, a large convention hall complex in the center of Sirte was captured by Libyan forces, battling to oust the Islamic State (IS) terrorist group from the city, Reuters reported. The Ouagadougou Conference Centre was a symbolic terrorists’ base, which was used for meetings and religious instruction by the Islamic State (IS) after they took control of the city last year.

The seizing of the complex, as well as university and hospital buildings is the biggest advance made by Libyan forces in weeks. According to Libyan fighters, the US air strikes on Sirte, which began 10 days ago, hastened their progress.

“Our forces have complete control of the whole of the Ouagadougou complex, they even advanced some distance beyond the complex,” Reuters quoted the words of a spokesman in the forces’ media office, Rida Issa. The forces’ media office posted photos on its official Facebook page, showing fighters with a tank and armed pickup trucks milling around next to the convention hall.

The campaign for Sirte was launched in May. The government forces, led by brigades from Misrata, slowed the advance, when approached to its center. They have suffered heavy casualties from IS landmines and snipers. Since August 1, the US fighter jets and drones have carried out a total of 29 strikes. On August 10, the government-backed forces had advanced to a cluster of unfinished blocks just west of the center of Sirte, which had been used by IS snipers and fighters as a major impediment to their progress. According to Issa, at least 16 fighters from the government-backed forces were killed and 11 others were injured.

Earlier in the day, the Libyan forces said that a fighter jet had been lost over Sirte. Issa said that he cannot confirm the cause of the crash and the fate of the crew. IS claimed it shot down the jet, killing a pilot, according to a statement on a website close to the group.

The loss of control over Sirte would be a major setback for the terrorists, who already are under pressure in Iraq and Syria. It would also be a boost for Libya’s United Nations-backed government, which has struggled to impose its authority and faces ongoing resistance from hardline armed factions.