The Libyan National Army (LNA) announced on May 10 that its units had eliminated a senior Turkish-backed Syrian commander.

In a short statement, the army said that the commander, identified as Mohamed Hindawi, was killed in a special operation near the town of Ain Zara in the early hours of the morning. Ain Zara is located right to the south of the Libyan capital, Tripoli.

The LNA’s media center released photos showing the dead body of Hindawi as well his military ID, which appears to be issued by Turkey. 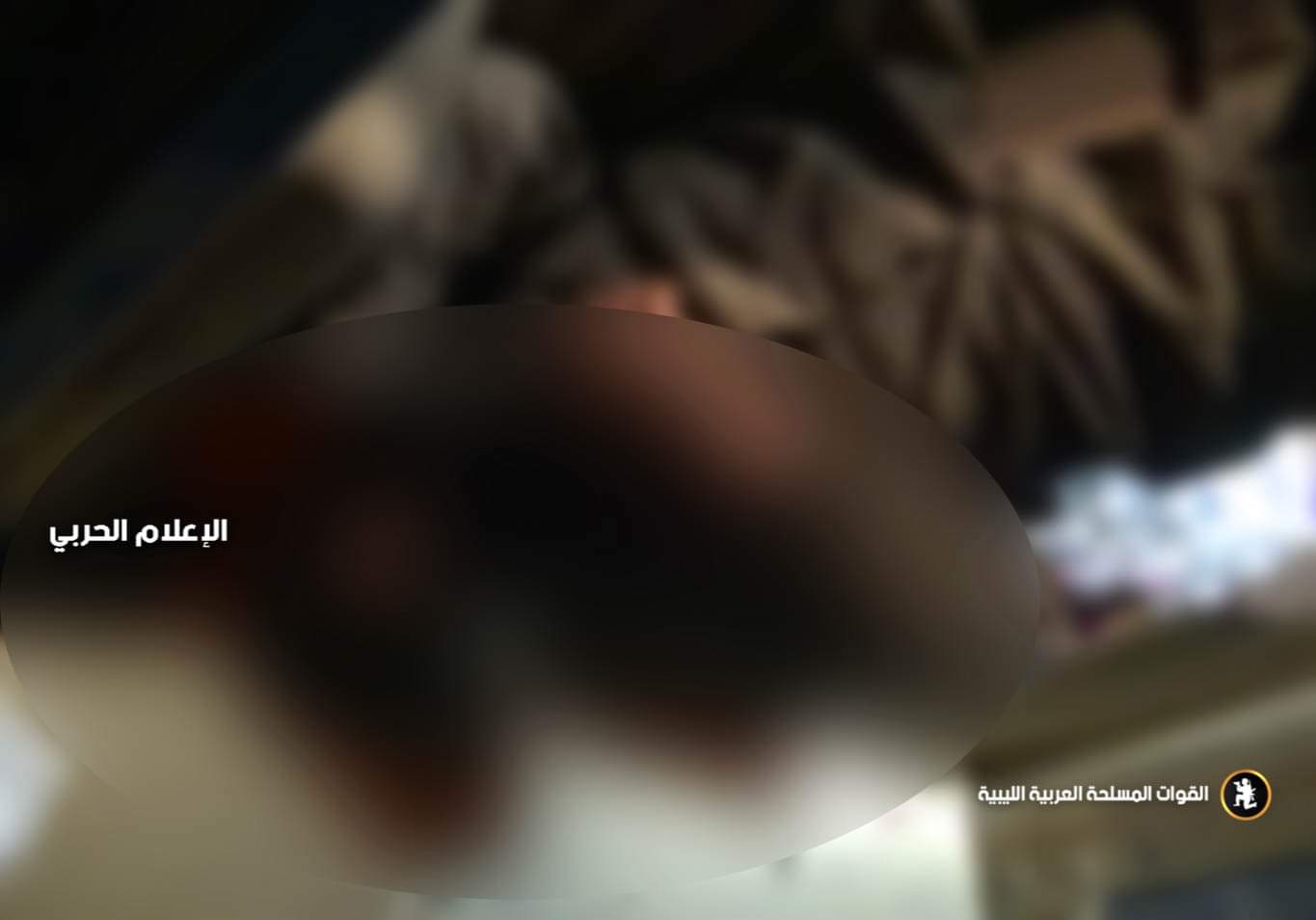 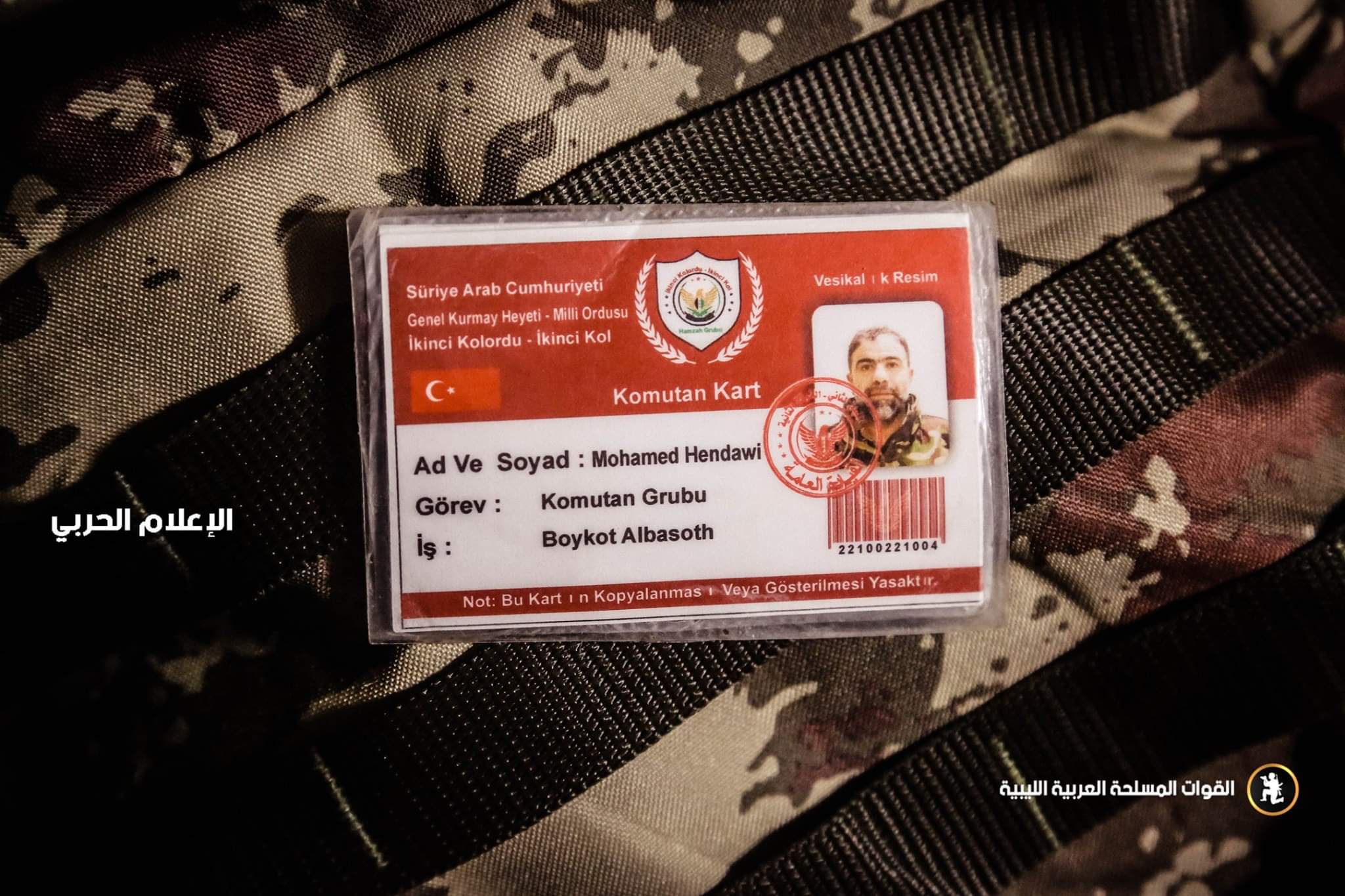 According to the LNA, Hindaw was commanding the 2nd Corps of Turkish-backed Syrian militants in Libya. The army’s claims are yet to be verified by an independent source.

On May 9, the UK-based Syrian Observatory for Human Rights (SOHR) revealed that the number of Syrians killed while fighting for the GNA in Libya has risen to 268.

Turkey began deploying Syrian militants in Libya last year to support the GNA, which was facing a large attack by the LNA. Ankara also shipped loads of heavy weapons, including air-defense systems and combat drones.

Now, Turkey is planning to send even more Syrian militants to Libya. The number of Syrians fighting there is reportedly 8,250. Most of the Syrian fighters are being used by GNA forces as a “cannon fodder” on the hottest frontlines against the LNA.

Mixing drugs with viral medications is not a very cogent idea.

What a load of crap from a Paki Wahhabi website, dumbass get a grip.

Zionism = EVIL, I don’t mean to be rude here and I do fully apologize ahead of time but didn’t you tell me some time ago that you were Pakistani?

No need to apologize, I don’t even like the Paki cunts generally, let alone be one :) They are tools of Americunt regional destabilization and infested with Wabbabis. However, their airforce is quite good but the army is total crap, worse than the Turkeys.

You Anatolian faggot mongol cunt you are calling Pakis cockroaches, not that far off :)

Zio you can sit spin. anyway what is wrong with mongol people I want to know… and you’re fu… n. Racist. C… nt idiot. Do everyone a favour and a f*** off

You the dumbass needs to learn to read and comprehend what is written; no frigate was sunk.

It was an accidental friendly-fire on a vessel that only killed one person and wounded several others.

These sorts of occurrences happen all over the world, it’s not endemic to Iran.

Correct, a missile was fired without adequate warning, perhaps a trigger happy operator. Most of this disinformation is part of the Americunt, Zionist and Wahhabi psy-ops against Iran. However, Iranian military needs better fire discipline. In the Iran-Iraq war there was a very rate of friendly fire, mostly due to eager AAA gunners and SAM operators, most were revolutionary kids without adequate IFF training or aircraft recognition manuals. The most vulnerable were the slower F-5E to wild AAA fire. Many good pilots were lost. And quite recently inadequate IFF led to the BUK downing of the Ukiranian aircraft.

Turkey is getting bogged down in the quicksands of Araby.

We can deal with situation not to worry no need to have a sleepless night….

As I said before, the Turkey cunts are in serious Saudi style quagmire in Libya and it is getting worse. Egypt, UAE and even Russia has upped its support for Haftar and the LNA is now fighting in the suburbs of Tripoli, unless the Turkey cowardly cunts send their own dumbass Anatolian peasants in to die, it will be game over soon. Turkeys only partners in crime are the pathetic Italians, who will turn on a dime when things go sour as history has shown.

Re zio why don’t you go f*** yourself you are one cu… t you don’t know who to support your are scumbag idiot. F*** off

Two cunts I hate the most are the dumb Turkeys and their Zionist cunt masters :) Both are cowards and faggots and deserve each other.