Early on May 23, the Libyan National Army (LNA) claimed that its air-defense units had targeted and shot down a Turkish combat drone.

According to the LNA claims, the unmanned combat aerial vehicle (UCAV) was downed in the vicinity of Qaryat. The town is located more than 280km to the south of the capital, Tripoli, which is held by the Turkish-backed Government of National Accord (GNA).

The LNA shared several photos showing the wreckage of the supposed Turkish drone. However, the photos revealed that the drone was in fact a Chinese-made Wing Loong II. The UAE, which is the main backer of the LNA, is operating UCAVs of this type in Libya, not Turkish forces.

Another blue on blue by LNA in Libya.. https://t.co/3ybpt14l79 pic.twitter.com/sU0fEl1tuW

The UCAV may have been shot down by the LNA in a “blue on blue” accident. Nevertheless, the GNA and Turkish forces could be responsible.

A week ago, the LNA claimed to shot down a Turkish combat drone near al-Watyah Air Base. The drone also turned out to be a Wing Loong II, most likely of the UAE Air Force (UAEAF). A similar incident also took place near al-Wishka in the country’s central region last month.

Turkey may be using some type of mobile medium-range air-defense system to shot down UAE drones supporting the LNA. However, there is still no evidence to support this version. Goodjob GNA & TSK, I bet Haftar is crying now to Russia to help the LNA. 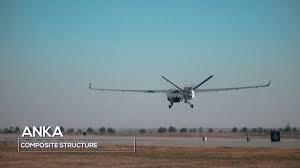