The Libyan National Army (LNA) claimed on June 6 that its units had repelled a large-scale attack on the coastal town of Sirte.

Forces loyal to the Government for National Accord (GNA) launched the attack in the morning with a direct support from Turkey. Initially, GNA forces reached Sirte’s outskirt. However, the LNA was able to push them back after several hours of heavy clashes. 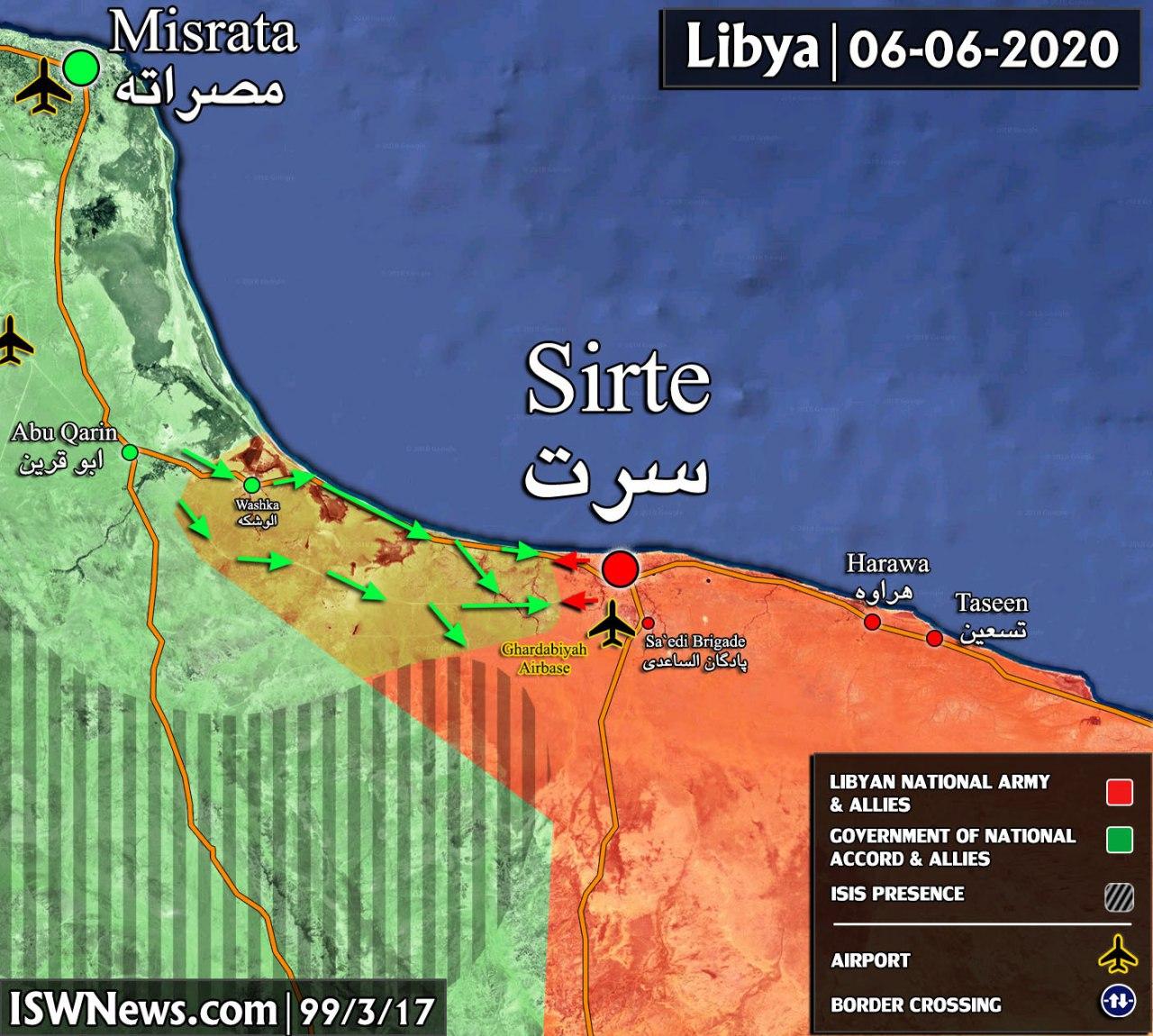 The LNA’s claims are yet to be verified. Recent footage revealed that army units sustained serious losses in the clashes around the town.

Meanwhile, the GNA’s operations room said that LNA units are retreating from Sirte. The operations room also claimed that a Wing Loong II combat drone of the UAE was shot down around the town.

Turkish combat drones as well as thousands of Syrian militants support GNA forces, which received loads of heavy weapons in the last few months. Without more support from its backers – Egypt and the UAE, the LNA will likely fail to hold onto its positions around Sirte for long.

That does not help the LNA saying lies. Why don’t you do something

Truth hurts. Try to handle it…

Seems like arabs are getting fucked and now the whole world is laughing :D

Wahhabis arabs if no other is there to fight they start fighting and killing they own wahhabi brothers.The worst tyrants these bastards are. They want only violence and dead so they are getting it and nice to know that the earth is getting better by more deads of these bastards the more these scums are dead the more better

It did repel the attack. It cut them off from the south. GNA casualties were 50+ dead and many more wounded.

Yes u r right 47 to 50 gna scums died in and around sirte alone yesterday. These wahhabis scums only want violence so they are getting it with there deads karma

Haftar is screwed unless something big happens