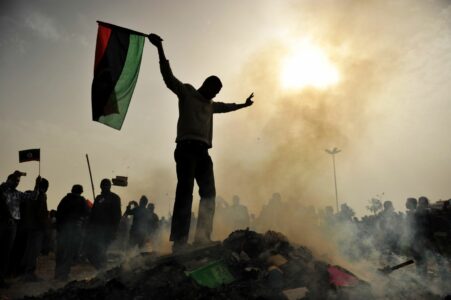 Libya risks dissolution. It is not an opinion but a perspective certified by the United Nations. The country needs a technocratic government that will drag the country out of quicksand. Abdoulaye Bathily, UNSMIL envoy, explained this clearly to the members of the UN Security Council at the last meeting dedicated to the Libyan chaos in mid-November. “Libyan institutions are facing a serious crisis of legitimacy”, explained the Senegalese diplomat, adding that “the further extension of the transition period will make the country even more vulnerable to political, economic and security instability and could expose the country to risk of division”.

Almost a year has passed since December 24, 2021. That day in Libya we should have voted to elect the new institutional bodies, the new chief executive and the new parliament. The elections never took place. Of those elections, only the Hnec, the Electoral Commission, remains standing, largely supported by the international community for a vote that has never been held so far.

The country is divided in half, with two governments vying for power. Dbeibah reigns in Tripoli, taking office in February 2021 after the highly contested results of the Geneva Forum. Although his interim period has expired for almost a year, Dbeibeh remains in the saddle and continues to plot geopolitical strategies, pledging Libya to support alliances never ratified by the Libyan parliament.

However, Dbeibeh is a dimidiated prime minister: his government “controls” only the western part of the country. In the East, power is in the hands of a parallel government – never recognized by the international community – led by Fathi Bashaga, former Interior Minister at the time of the executive headed by Fayez Al Serraj. In the background, to complete the institutional dissolution, there is the third wheel: the parliament chaired by Ageila Saleh. The House of Representatives first backed Bashaga and is now seeking to dethrone Dbeibeh through new and unusual alliances and stakeholders. Saleh’s latest move is the liaison with Khaled Al Mishri, president of the Libyan High Council of State, (but above all leader of the political party linked to the Muslim Brotherhood). Saleh – supported by Egypt – is attempting to reunify the country, urging the Tripoli government to propose a new executive that will dethrone Dbeibeh and be linked to the Tobruk parliament. A practice that does not receive any consent from the country’s elite and from the militias. However, the attempt by Saleh and Al-Mishri is dismissed as a project aimed at safeguarding narrow interests.

With the country divided in half, the risk of a new civil war is real. Bashaga’s attempts to conquer Tripoli manu militari demonstrate this. Mission failed, also due to the new approach of General Khalifa Haftar. The commander of the Libyan National Army has changed his strategy and is now aiming for the role of noble father for the reconstruction of the country.

So what happens now? How to get out of the quagmire? The drama of the North African country is no longer at the top of Europe’s diplomatic agenda, due both to geopolitical tensions that culminated in the conflict between Ukraine and Russia, and to other regional factors. Libya has disappeared from the radar of European politics. It is a perverse snakes and ladders game: every time the United Nations and international envoys get their hands on the Libya dossier, they find the same set of obstacles and constraints in their hands. For the simple reason that all the players involved, the same ones who split the country in half, have no intention of taking a step back and moving towards democratic elections.

Thus, the dramas experienced by the Libyan population remain intact, grappling with a frightening economic crisis. Just as all the questions to represent Libya’s geopolitical projection towards Europe remain intact: the migrant dossier is the thorn in the side that the mad mayonnaise between Tripoli and Tobruk has driven into the “corpaccione” of the European Union. And above all from Italy. Yet, despite the proximity should suggest a constant deployment of attention from Brussels, the Libyan issue has slipped into the hands of other international partners. With the Western chancelleries they are unable to sever the ties with the “two-headed” Libyan traction Dbeibeh-Bashaga (after all, a combination useful only to indirectly enrich the local militias and the criminal systems that control the trafficking of human beings and drugs in the central Mediterranean), Washington and London will take care of giving the steering wheel. “I urge this Council to send an unequivocal message to the obstructionists that their actions will not be without consequences”, with these words Abdoulaye Bathily asked for the support of the international community to remove the political and military stalemate. He understood that the current incumbent leaders are only working to prolong their status and avoid a return to the polls.

Bathily knows she is running a very high risk and wants to avoid making the same mistakes of the past: no more interim governments that last forever. The objectives now are to make a clean slate (in an exclusively political sense, mind you) of the entire old political class, the elimination of the two rival governments and the establishment of a “technocratic” government. An executive made up of subjects who are not compromised with the past and who have very few objectives: to bring the necessary stability to the country to hold the elections by a certain date. With one necessary condition: to obtain the broadest consensus from the three Libyan macro-regions, it is essential to identify figures not linked to those alignments that have brought the country to the brink of civil war.

Bathily is already working to identify the individuals who will have the task of leading the new transitional executive. At the top of the diplomat’s list are the names of Muhammad El Muntasir (a businessman and politician from the Misrata and Benghazi areas) and Ageila Elabbar (Former Diplomat at the Libyan Embassy in the United States). Elabbar can count on a wide range of relations with the United States and Great Britain, but the two positions are not mutually exclusive: a diarchy could be the best solution to accompany Libya in the longed-for electoral process.

And what is Italy doing? Our country has the task of playing a central role in this delicate transition phase. It is also a matter of national security, because guaranteeing stability in Libya is the first step towards eradicating human trafficking. According to the latest United Nations report, there are over 650,000 migrants stranded in Libya who could decide to cross the Sicilian channel. But these estimates are probably far from reality: in central Africa, as official reports always say, there are at least four and a half million migrants in search of a better future.

“United Snakes and all his eu puppets wants to reset…”

At least 90% of Libya’s territory is under the control of General Haftar, former Gaddafi officer, and controls all the country’s wealth from Benghazi. In Tripoli, the much-vaunted UN government is actually a small territory, without resources, without hope, like the twilight masters of the West.

The Objective
Reply to  Armin

Don’t worry. Things will be more clear after Turkey’s election. Erdogan isn’t arming and training Tripoli for a show ceremony. They are being prepared for Jihad. Libya will either be united under true democracy as a single country or the whole North African region will be at war (including Egypt). The U.S, Russia, Europe, and their Middle East vassals want a dictatorship Libya or a broken up Libya. They don’t want democracy even for a second. They don’t like the idea of Muslims choosing their leaders cos they know public opinion is against them and in favor the Islamists (aka true Muslim leaders). Thankfully, we are now in position to seriously undermine their puppet governments in Egypt and elsewhere. Sisi and his masters can either let democracy stand in Libya or risk war in Egypt itself.

Last edited 1 month ago by The Objective
1
Reply

“However, Dbeibeh is a dimidiated prime minister: his government “controls” only the western part of the country”

Just calm down. The Ankincis and Bayraktars will soon flood Libyan skies and then we’ll see how Haftar and Egypt deals with the swarms.

“The drama of the North African country is no longer at the top of Europe’s diplomatic agenda, due both to geopolitical tensions that culminated in the conflict between Ukraine and Russia, and to other regional factors”

You are wrong buddy. Europe fears a resurgent Muslim world (the Islamists) more than God Himself, let alone Russia. They don’t say it because they don’t want to make more Muslims aware of their (Europe’s) true fears.