You can find more content about situation in Africa in SF products: 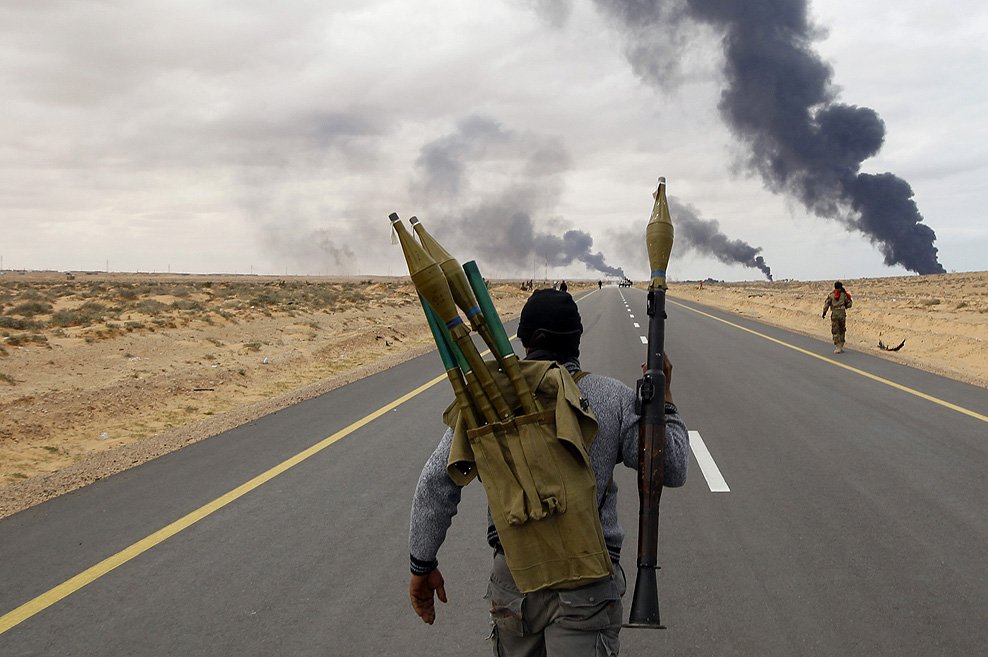 In 2011, when longtime dictator Muammar Qaddafi was killed, Libya entered a new stage of its history. Contrary to Western expectations (or not) the removal of Qaddafi did not lead to peace, democracy and prosperity unprecedented for the African country. On July 7, 2012 for the first time in decades, Libyans voted in the first parliamentary elections since the fall of Qaddafi. The National Transitional Council handed over power to General National Congress and the whole world held its breath in anticipation of the upcoming democracy. Instead, several months after those elections, a series of terrorist attacks were launched. In one such attack, the American ambassador to the US consulate in Benghazi was killed.

In October 2012, Prime Minister Mustafa Abu Shaghour was deposed since once again he failed to form a government with a large parliamentary support. In his place came the lawyer Ali Zeidan, who was considered an educated innovator, a technocrat and a pro-Western politician. Under the leadership of the liberal Ali Zeidan, Congress voted to impose sharia law as the fundamental law of Libya. The management of Zeidan continued until 2014, when Congress ousted him. There were speculations that the government of Abdullah al-Thani, which replaced that of Zeidan, considered the return of monarchy as the only option for the pacification of the country. Meanwhile, in Libya was created a new institution that was supposed to act as a Parliament – the House of Representatives.

Elections for this new legislature failed to give solution to the crisis in Libya, because the representatives of the General National Congress urged supporters of the political parties that are members of Congress to use violence if necessary, but to compromise the election of deputies to the House of Representatives. The more liberal groups have won elections amid clashes, massacres and very low voter turnout. The lawmakers from the General National Congress outright denied the existence of a new legislative institution and voted for the extension of their mandates, and their supporters occupied the capital Tripoli. The newly-elected Chamber of Representatives, which was supposed to give Libya a normal Parliament and stability, fled to the city of Tobruk. So out of a legitimate dispute between two parliaments, started a second civil war that continues with full force to this day .

Currently, the northwestern part of the country is controlled by the General National Congress, which represents the fundamental and radical Islamist parties, which toppled Muammar Qaddafi from power in 2011, with the support of the United States, France, Britain and Italy. The House of Representatives in Tobruk on the other hand, controls Cyrenaica with important cities like Tobruk, Benghazi and others. The armed forces of different tribal groups, also took part in the two year ongoing conflict, the most important of such tribes is that of the Tuaregs, who control the vast stretch of desert along the border with Algeria. The “Islamic State” also participates in the post nation state processes, taking the important coastal city of Sirte in 2015. In response, Egypt stated its strong support for the government in Tobruk and bombed the positions of the “Islamic State” with its Air Force.

Attempts by the UN to arrange a peace agreement between the main warring forces were unsuccessful. The international reactions are quite interesting. Egypt, UAE, USA, UK and France support the government in Tobruk, while Turkey, Qatar and Saudi Arabia finance the General National Congress in Tripoli. According to analysts, the war in Libya begins to resemble the experimental field between various external forces. In March 2016 satellite pictures clearly show that in the Benina air base, which is located near Benghazi and under the control of General Khalifa Haftar (commander of government forces in Tobruk) are also housed French special forces. There is still no information about the aircraft or armored vehicles, but it is certain that at least 200 French soldiers are stationed at the base. According to the analytical agency Stratfor, this may be a prerequisite for a bigger Western intervention in Libya, although it is not clear on which side, because if France works mainly with General Haftar and government in Tobruk, then in the western part of Libya, the British and Americans maintain militias that fight with the army of Haftar.

This is easily understandable if we recall that Western countries have different interests in Libya. If for Italy most important is that Libya become peaceful and the refugee flow stop, then for Paris the key is to not disturb the security of neighboring African countries. The boundaries of Libya are not delineated by significant natural and geographical barriers and because of this, as well as the instability of most African countries, there is the danger of spreading the conflict beyond Libyan territory. According to representatives of French intelligence, right now the southern parts of Libya are an intersection of two routes for illegal trafficking of arms, people and drugs. One starts from Mauritania and is aimed at the Red Sea, the other is crossed at Sahel and continues south to Central Africa. In view of the recent French ground intervention in Mali, for Paris the imperative is to cross these channels that are currently under the protection of Tuareg troops and other smaller militias. In fact it is no secret that the Libyan Tuareg seriously helped their brothers in Mali. Frequent attacks by Libyan militias over sites in Algeria also lead Paris to a more active military intervention in Libya. In January 2013 the natural gas enterprise Ain Amen, which is located near the Libyan border, was attacked. A similar attack occurred in the Niger region of Arlit, where French energy giant “Areva” mines uranium.

The interests of Saudi Arabia and Egypt also clash in Libya. Egyptian President Abdel Fattah El-Sisi, who came to power after organizing a military coup against the Islamist government in Cairo, is worried by the fact that hundreds and even thousands of members of the “Muslim Brotherhood” are hiding in unstable Libya. Moreover, Egyptian economic and trade interests in Libya are seriously threatened. In 2014 and 2015 there were several cases of injured Egyptian truck drivers and Egyptian experts in various industrial enterprises (insofar as they still operate). According to representatives of the General Congress in Tripoli and the Islamist group “Martyrs Brigade of 17 February”, Cairo has provided and continues to provide huge amounts of infantry weapons, armored vehicles, cars and munitions for the army of General Haftar. Saudi Arabia raised the same accusation against Egypt, as it believes that the intervention of Abdel Fattah El-Sisi in the Libyan civil war is “an obstacle to the restoration of the peace process”.

Right now the war in Libya continues to take the lives of thousands of people. According to many in the diplomatic circles, Libya practically does not exist as a state. Neither of the two major forces can prevail over the other. This could be amended with a more active Western interference, for which an indication is the presence of French troops in support of General Haftar. The intervention and support of the more radical government in Tripoli by Saudi Arabia will also continue, since it has an interest in maintaining tension on the western border of Egypt. All this leads to problems for the European Union, which has witnessed an unprecedented exodus of huge masses of people from the Middle East and Africa.

Gadaffi warned it..when he will be murdered Lybia will turn into a new Somalia and descent into chaos and continue war…lybians will never have peace stability and prosperity again…maybe with a new green revolution