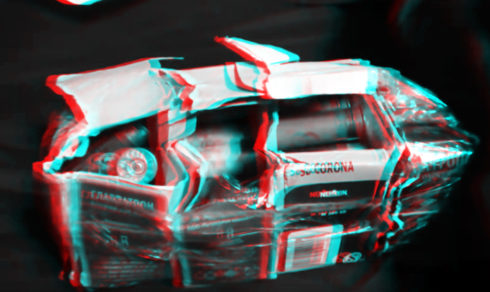 On December 29, Russia’s Federal Security Service (FSB) announced that it had detained two persons preparing terrorist attacks in crowded places in the city of Saint Petersburg during the New Year holidays. According to the official statement, the intelligence data about the prepared terrroist attacks was provided by the FSB.

On the same day, Vladimir Putin and Donald Trump talked on the phone and the Russian president thanked his US counterpart for sharing intelligence that allowed to prevent the terrorist attack.

The video of the detention:

The suspects were identified as 23-yo Georgy Chernishev and 22-yo Nikita Semenov. They were detained on December 27. After the detention, Dzerzhinsky District Court of St. Petersburg put them under arrest for 2 months. The charges are “the participation in a terrorist organization.”

According to the official investigation, they were in contact with ISIS members through messengers and passed on to them information about potential locations for the attacks that they had been preparing. The chosen targets were shopping and entertainment mall “Galereya” and the Kazan Cathedral in the city of Saint Petersburg. Chernyshev and Semenov photographed these locations and supposedly sent them to their ISIS contacts for the final approval of the place and method of crime. 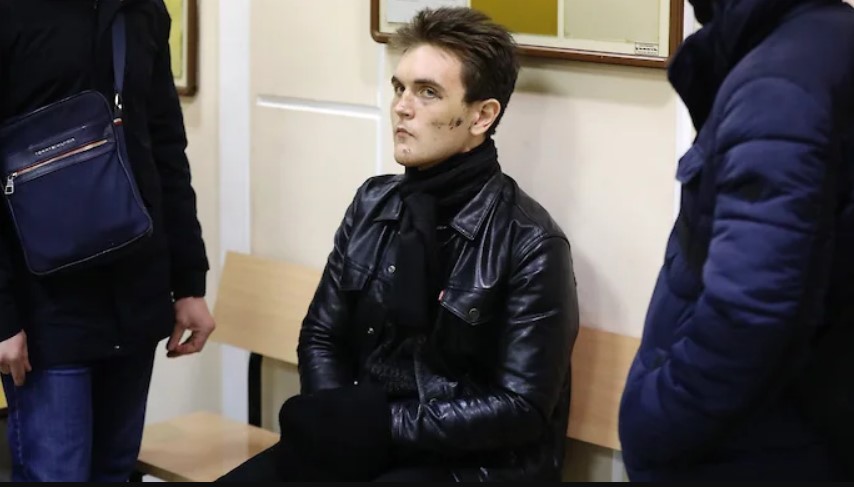 Georgy Chernishev is in the court 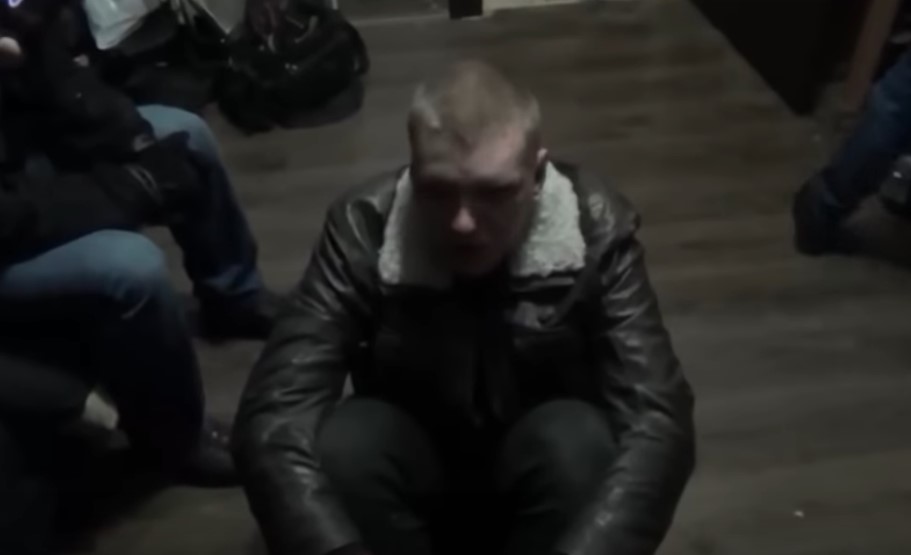 According to data by Russian media, the suspects recorded the video declare their allegiance to ISIS. The video of the supposed ISIS allegiance declaration:

It’s interesting to note that the recorded video (in Arabic) includes grammar mistakes and uses the shortened version of the ISIS declaration of the allegiance. Also, the suspects declared their loyality to Abu Bakr al-Baghdadi, who was killed by US forces in Syria’s Idlib earlier in 2019.

The video released by the FSB (above) shows the home of the one of the suspects. Knives, ammunition, as well as the book “The Doctrine of Egyptian Freemasonry” by John Yarker can be seen on the video. 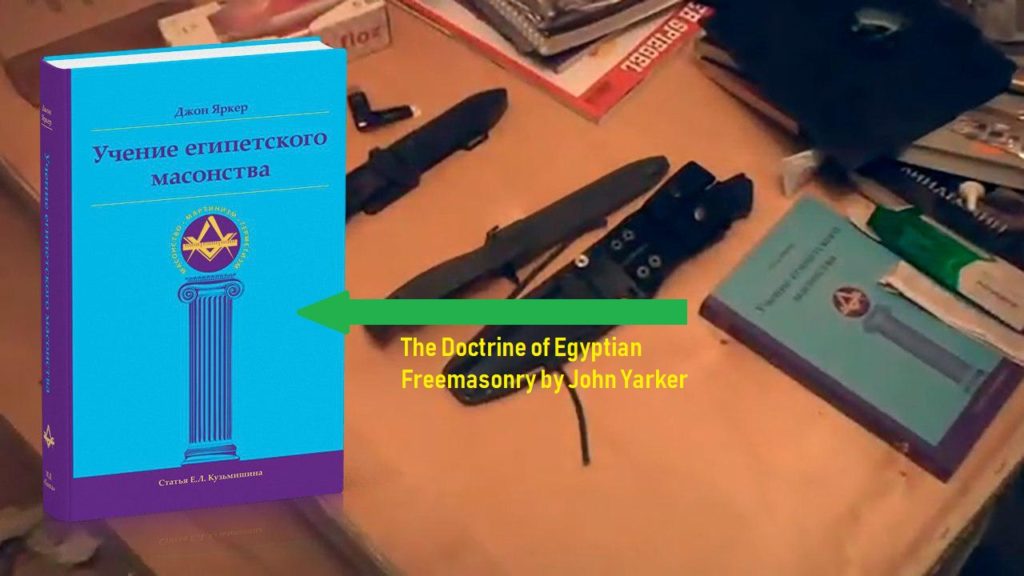 The recently revealed facts led to a new interpretation of events related to the preparation of the terrorist attack in St. Petersburg. The shortened and date version of the ISIS allegiance declaration, grammar mistakes in the Arabic text, the reading of “The Doctrine of Egyptian Freemasonry” by John Yarker, and the identity of the suspects themselves allow to suppose that they were not ISIS neophytes, but rather tried to use the declaration of the allegiance to ISIS as a cover for their actions.

Both Chernishev and Semenov look very similar to the Moscow terrorist that opened fire at the FSB building on December 19: 39-yo man from Podolsk, the Moscow region – Yevgeny Manyurov. He also lived with his mother, had no permanent job, lacked hard skills and obtained the modern ‘liberal arts education’.

This video shows the moment when the terrorist was neutralized:

In the December 20 article on the Manyurov case, SouthFront provided a look at possible motivations of Manyurov. One of them was that he was a person (with or without psychiatric disorders) motivated for a direct terrorist action by radical neo-liberal propaganda. Over the past years, a hysterical neo-liberal propaganda has been on rise in the Russian media sphere. The aim of this propaganda campaign is to brainwash people and create a radical protest sentiment among members of target groups. There were also indications that the December 19 attack was coordinated with representatives of the Russian “liberal opposition”. This can be seen by reaction of such corporations like Google, and pro-Western, liberal media outlets.

It’s possible to suggest that Chernishev and Semenov were in touch with ‘Russian liberals’ living outside the country or groups affilated with Western intelligences and interested in the destabilization of Russia. In this event, the ISIS story is just a cover operation for a planned act of terror by the hands of ‘liberal psychos’ indocrinated by the hysterical neo-liberal and anti-Russian propaganda. This could help to explain the reasoning behind the decision by US President Donald Trump to provide the Russian side with the data about the prepared terrorist attacks.

Since the very start of the Trump presidency, he has been in an open conflict with the so-called Deep State, in particular the apparatus of the State Department and the Central Intelligence Agency (CIA). To contain them, Trump relies on the part of the establishment affiliated with the US national industry, including the military industrial complex, and the Department of Defense and its intelligence agencies. This conflict became especially acute ahead of the 2020 presidential election and amid the Democrats’ attempts to impeach Trump. Therefore, it is likely that Trump’s decision to help the Russians to prevent terrorist attacks in Saint Petersburg was a part of the ongoing standoff between the rival political factions inside the United States.

Well, Mr. Trump did something right. Glad you got the terrorists, guys. Probably a George Soros thing, imo.

Ya u right on target.anyways happy new year in advance

Why, thanks, Liberal Guy, and Happy New Year to you, too!

Russia must help herself and start arresting those who are behind those acts of indoctrination. And start closing anything similar to that. From NGO’s to radio stations, newspapers, TV etc.. All outposts of globalist neo-liberal order in Russia, specially in media.

We have these same elements in the US that are now committing terror attacks. Fortunately, we have arms to defend ourselves against these liberal crazies.

Yes, except for the “No-gun zones” which are usually the targets.That one deacon in Dallas, though, surprised the heck out of the terrorist. https://youtu.be/uFSmihjzW-A?t=134 (posting this video does not necessarily mean I agree with everything Mr. Ben-Nun says.)

Egyptian freemasonry and isis contact it is certainly not a coincidence. There are millions of proofs of extience of nwo still many cynical fools deny it.perhaps they are to much logical such insane overlogical fools isn’t Mr Karen Barlett

Idf daesh supporters down voted me

Your minority rapport makes me laugh.

Your dishonesty makes us puke.

Minority are the few monsters pal.i support most of the humanity except terrorists and there backers

Thank you, Liberal Guy. There are lots of people on here, though, who are really smart. (Not the trolls, of course.) A lot of the people on this site have military experience, and know a lot that I don’t know.

Close all NGO with foreign funding and put the organizers/leaders through re- education camps or deport them and relinquish the Russian citizenship.

That makes no sense at all. Hardly any NGO is like that at all.

Being opposition or helper to a Goverment dont make them to enemies of the State. Too often the State should listen to needed changes and follow at least parts of it.

Russia is a good example as well as many other countries.

You are exused if You dont know what NGOs are, You are senile or born yesterday.

There we go again. No relations to any facts. Only whats comming from Your unshawed behinds in stinking brownies and yellow pee in You own shoes. Thats why so many wear sandals in Your region?

We all piss in your mouth, it has not other purpose whatsoever.

So the FBI was trolling the web putting out feelers for lonely retards to mold into patsies.

They find these two door knobs and encourage them, bait them into acting this way, realize they’re dealing with foreigners, and turn the patsies over to foreign law enforcement before things get out of hand.

The Russian agencies understand it, and clean up the mess with a little useful PR.

Liberal Psychos are a terror threat to everyone that is normal…

Kill em all, and their kids too, dont let them spread their DNA…

Sir, what you are advocating is terrorism too.

Good, because leftists only understand a boot on their neck…

A tit for tat… A stitch in time so to speak…

US gave the info about terrorist cells ? Really, Who established them ?

21 and 22 years young men don’t have a clue about what they are doing. They don’t have any experience of anything. Not saying they are not responsible for their acts, but only that stories of professional 21 years old terrorists with International contacts and networks sounds a little Disney land for me.

Liberalism is a mental disorder , a real and dangerous mental desease . It happens that a man thinks to be a woman and viceversa . Those are ALL potential terrorists as those don’ t care about Life or better , those hate life , hate human beings . And that’ s because those are already died inside and hate normal and sane people that spread life and love . Tha States have the moral duty and the legal obbigation to guarantee safeness and sureness to the population : no liberal should be free to go around . The states must terminate these zombies . Nobody are asking to kill people ; those are not human beings . Those must be legally terminated .

Well, they should go before a court of law if they have committed a crime, bro. If you want others to respect law, you have to stay within the confines of law yourself. Russia has respect for law.

New faces? More like new feces. Nothing else new here. Indoctrinated morons like these losers were used 100+ years ago to destabilize the Russian empire, 100s of terrorist attacks, so many government officials killed, even the tzar Alexander II. Tools used by their jewish masters to destroy Russia.

Man, I understand communists but the rest of the opposition is neoliberal capitalist filth. They must miss Yeltsin the drunken idiot and kiss Gorbachev’s picture. No same Russian likes those two.