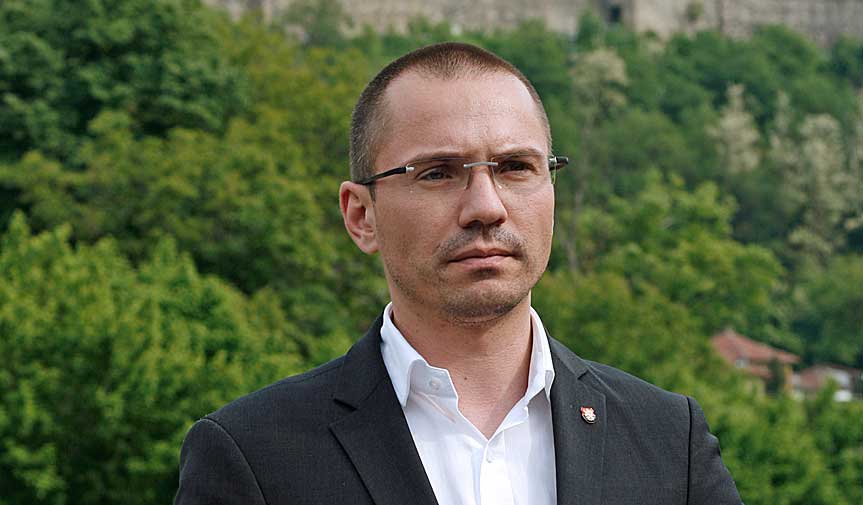 Written by Angel Dzhambazki, appeared at A-specto; translated by Borislav exclusively for SouthFront
Such a socio-political system unequivocally and without doubt will be called a “dictatorship.” A Fascist dictatorship.

Welcome to the liberal-fascist dictatorship, which rules today’s European Union. You don’t believe? Here are the facts:

A week after the brutal assault, robbery and sexual abuse throughout Europe, the mainstream media tried frantically to cover up the case. To conceal the scandalous and unprecedented fact that thousands of refugees and illegal immigrants attacked, robbed, and bullied hundreds of women in tens of cities in at least four European countries. It was a clear and unequivocal declaration that the so-called refugees are undertaking some perverse sexual jihad. After hundreds of women complained in the social networks, the media’s vow of silence began to crack.

It turned out that the police had been ordered to conceal the cases. The first reports of the Cologne police, claim that at New Year’s Eve everything was peaceful and quiet. Except the videos on social networks show chaos, beatings, looting and mayhem, probably similar to that which raged at the capture of Rome by the Huns. Such peace, such quiet.

It turned out that Swedish police concealed a similar mass sexual violence perpetrated again by refugees and illegal immigrants of young Swedish women, some of which were twelve years old during a rock festival. A year ago. A local “useful” idiot with a political status, candidly admitted that local politicians ordered the local police and local media to cover up the case, because otherwise they would help … right wing parties.

Just by themselves these facts indicate the following simple thing. European political, so called “elites” impose an unprecedented censorship of the media. They lie to their societies, conceal outrageous and brutal facts. The big European “values” such as freedom of speech, right of access to unbiased information and transparent management are crushed and trampled. Canceled. By people who define themselves as “liberals.” Liberals who make news in Orwellian. This is fascism. Liberal fascism.

The mayor of Cologne, such a “friend of refugees”, advocate and defender of the invasion, rebuked the victims and recommended conduct guidelines and dress code rules in order to not annoy the poor refugees. From her advice it is clear that the mayor of Cologne believes that the victims of brutal assaults, robbery and sexual assault are themselves to blame. Simple and clear. And this is a woman who is defined as “liberal”, “green” and so on. What a catastrophe. How far can one go, just to justify their insane policies and their own guilt for what is happening.

What is actually happening? The expected. The inevitable. The huge tsunami of refugees and illegal immigrants, which floods the European continent, consists mainly of young men. For at least two years the media of the ruling liberal fascists, irradiated us with the lie that they are “wretched refugees, mothers with children.” Well, no, they are not. They are neither miserable refugees, nor mothers with children. Because they are simply bearded males. There is a significant difference. This year, in Germany, just the registered “refugees” were over a million. And this, according to media liberal fascists. But if they are reflecting the numbers, as they reflected the events of the new year, make your own conclusion what the true figure actually is. I repeat again – these are the registered refugees in Germany. Add to them at least as many illegal immigrants from North Africa and the Middle East and now you get a vague idea of ​​the true picture.

These refugees and illegal immigrants will never fit into European societies, in the way that Frau Merkel and her “sober” company of cheerful suiciders imagine. They did not come to work. They came to exploit European social welfare, European health care systems, European public housing and as we found out – European women.

This is the terrible truth concealed by European Liberal fascists. The simple fact is that their idiotic idea to build a crazy mess of races, nations and religions, which they euphonically call a multicultural society has completely failed. That so-called integration will not happen due to insurmountable cultural, religious, traditional and historical differences. It’s impossible. It’s practical implementation jeopardizes the national and social peace in European countries. This policy is a betrayal of European citizens, voters and taxpayers. A betrayal of Europe.

This has long been known. Every more or less thinking person sees it. And who does not see it is either a complete idiot, or a sneaky liar and hypocrite. The treacherous theory of multiculturalism is the foundation of today’s federal EU. In fact, the political aim of today’s EU “leaders” is the building of a federation ruled by Brussels, in the composition of which national boundaries, interests, and people can be melted and mixed, and national states gradually absorbed and destroyed. This is why they force the foolish theories of multiculturalism, LGBT-rights and other anti-state theories.

There is no difference between the two main or “mainstream” pan-European federalist political parties – namely the EPP and PES. They are completely identical. If you mix up the programming documents you can never know who is who. They are the same. In it’s suicidal tolerance, in their hatred of the nation state, the pointless multicultural and LGBT theories, they aim at the same thing. The destruction of nation states and melting of the nations of Europe, in a multicultural multiracial-LGBT vomit. This is their end political goal. And the millions of immigrants are a weapon to achieve this goal. Their role is cheap, free labor. Because the Eastern Europeans became too educated, too capable and no longer wish to work slave labor in European economies.

Actually, Germany, Belgium, Holland, France and others, drained what they could from Eastern European countries in the last 25 years. Millions of Poles, Bulgarians, Romanians, bred, raised, educated, trained, cared for in their own countries, with their own taxpayers money, gave away what they could, as a surplus product and added value to these economies. Educated and formed here, working over there.

We remember how western “investors” bought our factories, only to close them and to export the machines and workers. Or did we already forget? So what they could they took. But today’s Poles, Romanians, Bulgarians and other Eastern Europeans are now even better educated than their Western peers. They don’t want to work menial slave labor. But the Europeans do not want to work that either. That’s why the Frau and her like made this suicidal invitation to all “Syrian mothers with children” from the entire galaxy. Not because of something else. Not because of sympathy. Don’t lie to yourselves.

But here they made ​​a huge strategic mistake. Because the newcomers from North Africa, the Middle East, Afghanistan and Pakistan have nothing in common with the Bulgarians, Poles, Hungarians and Romanians of the 90’s. Not in education, not in traditions and culture, not in a desire for work and self-realization. Nothing in common. They are just infinitely different. Culturally, traditionally, religiously. They also neglected to see the traditional attitude towards women in the territories the refugees and illegal immigrants come from. Namely – as a second rate person, barefoot and pregnant in the kitchen, veiled from head to toe, property of her husband. Who is permitted to kill her if he is in a bad mood. If someone doesn’t believe it – read a little about western ally and first trading partner Saudi Arabia.

And when the “poor refugees” went on a rampage on European streets, led by their animal instincts and pursued women like predators chasing a wild herd, the liberal fascists launched an unprecedented political and media operation to conceal and whitewash this catastrophe. This invasion. In social networks, there are thousands of brutal and barbaric video clips of violence from refugees towards European women and girls that will never be shown in the mainstream liberal media.

Rather, they will show thousands of known and unknown “analysts”, “sociologists”, “anthropologists”, “political scientists” and other useful idiots who will gloss over, belittle and justify the situation, concealing the guilt of the ruling “liberal elite”. Yesterday I read our liberal “titan” Dichev, who wrote that “young men are coming – and crime is increasing. So what? Is Europe supposed to become an old people’s home?”. Wise guy. Is he gonna think that, when he feels hot Arabic breath at his neck and hears a gentle “Fiki, fiki” in his ear? Doubtful.

And now a little about the other political course of imposing the dictates of liberal fascism – the discrediting, defamation and using of the justice system against any dissent and targeting him an enemy of the European people. Remember Thilo Sarrazin? Who doesn’t remember him, search the internet. Cases like his – a lot. Anyone who dares to criticize this suicidal and insane liberal policy is immediately labeled a fascist, racist, xenophobe, a cannibal and so on. Immediately ostracized, fired, sued, crushed and abused. That’s how liberal fascists act.

At home we also have such an example. The program “Deconstruction”, one of the few bright and well reasoned opposition broadcasts was removed from the airwaves of public radio, the maintenance of which we all pay for. This is an exemplary example of censorship. Political censorship for political reasons. I think that the reason for this scandalous decision is not because of the show’s commentary about our internal politics. It seems to me that the comments on foreign policy is the reason the two puppets, namely the director of the radio and eternal “fuse” of dirty orders from any authority, the odious president of Council for Electronic Media to join forces and to take “Deconstruction” off the air.

That’s how liberal fascists work in today’s EU. Censorship, Orwellian news distortion, lying, deceiving, firing for political reasons. And with this they doomed their project to destruction. They committed it to suicide. They failed it. But opposition to this outrageous, insane, suicidal policy is increasing steeply. Poland, Hungary, Denmark, Finland, the United Kingdom. Forthcoming is a fateful choice.

As you know, it’s darkest before dawn.

It is fascist to blame the victims for the crimes committed against the people. Europe is indeed lost to fascism.