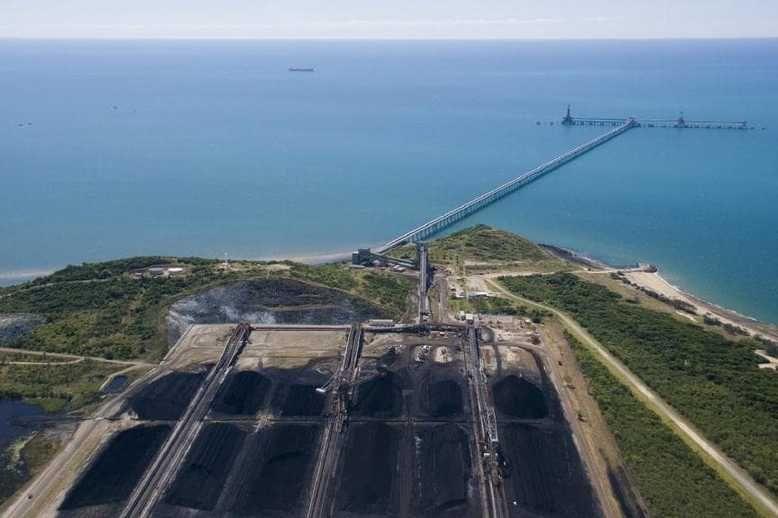 He began on RN Breakfast by claiming that he, and his company, would be open and transparent about mining operations.  But Lucas Dow, chief executive of Adani’s Australian operations, soon revealed in his June 25 interview that his understanding of transparency was rather far from the dictionary version.  When asked how the Carmichael Coal Mine was getting its water, he claimed that these were from “legally regulated sources” and in commercial confidence.  Businesses work like that, he stated forcefully, preferring to praise the company for it – and here, he meant no irony – its sound ecological credentials in solar energy and renewables.

The interview set the background for another sad chapter in the continued environmental renting of Australia.  The company had found its first coal seam in Queensland’s Galilee Basin.  As the ABC reported, it meant “the extraction of thermal coal at the 44,700-hectare site can begin.”  The head of the Indian Adani Group, billionaire Gautam Adani, was celebrating his 59th birthday.  “There couldn’t be a better birthday gift than being able to strengthen our nation’s energy security and provide affordable power to India’s millions,” tweeted the delighted chairman.

Even as oil and gas giants face court decisions and shareholder insurgencies about not having sufficient, tenably projected plans to reduce emissions, Adani remains antiquated in its stubbornness.  Its vandalising behaviour flies in the face of even such conservative, pro-fossil fuel defenders such as the International Energy Agency.  In its May report, the IEA noted, keeping in mind the target of a net zero emissions world by 2050, that more simply had to be done.  Certainly, it argued, more could be done to meet 2030 targets.  “Mandates and standards are vital to drive consumer spending and industry investment into the most efficient technologies.  Targets and competitive auctions can enable wind and solar to accelerate the electricity sector transition.  Fossil fuel subsidy phase-outs, carbon pricing and other market reforms can ensure appropriate price signals.”

Such observations are distant siren calls for the Indian giant, whose Australian branch, swaddled in controversy, has gone for a rebrand.  Well as it might.  Adani’s Carmichael Coal project, originally proposed in 2010 by the Adani Group, has catalysed the largest environmental protest movement since the Franklin campaign of the 1980s.

Having no doubt hired a goodly number of public relations consultants, the company’s rebadging as Bravus Mining and Resources suggests a stealthy deception.  And it was as Bravus that success was announced: “We have struck coal at Carmichael,” came the headline in a June 24 company release.

The company CEO David Boshoff treated it as a matter of success in the face of opposition.  “We have faced many hurdles along the way, but thanks to the hard work and perseverance of our team, we have now reached the coal seams.”  The CEO would even have you believe that Bravus was playing a humble servant to many noble causes.  “The coal will be sold at index pricing and we will not be engaging in transfer pricing practices, which means that all our taxes and royalties will be paid here in Australia.  India gets the energy they need and Australia gets the jobs and economic benefits in the process.”

Boshoff is optimistic that Bravus will be able to export its first coal shipments in 2021.  “We’re on track to export [the] first coal this year, and despite reaching this significant milestone, we will not take our eyes off our larger goal of getting coal to the market.”  But do not worry, insists Bravus and the Adani Group: we have green credentials as well.  Adani Green Energy Ltd (again, the PR consultants really have been working hard) had acquired SB Energy Holdings, which would see the company “achieve a total renewal energy capacity of 24.3GW.”  What the Carmichael coal project did was contribute to a “burgeoning energy portfolio designed to create a sustainable energy mix” of thermal power, solar power, wind power and gas.

There were a few glaring omissions of detail from the fanfare, both in Dow’s interview and the company announcement.  First came that pressing issue of water, one of its most scandalous features given the preciousness of that commodity on a water starved continent.  The Queensland regulator notes that Adani has but one viable source, what is described as “associated” groundwater, drawn from the Carmichael site itself.

In May, the company’s North Galilee Water Scheme fell foul in the Federal Court, scuttling a pipeline project that would have supplied in the order of 12.5 billion litres a year from Queensland’s Sutton River.  The Court agreed with the Australian Conservation Foundation that the federal government had erred in law when the Environment Minister failed to apply the “water trigger” in assessing the Scheme.  The quashing of the plan led the ACF’s Chief Executive Officer Kelly O’Shanassy to conclude that, “Without the North Galilee Water Scheme, it’s hard to see how Adani has enough water to operate its mine.”

On water, as with much else, Bravus has adopted a policy of dissembling.  In correspondence between an employee and Dow regarding a query by Guardian Australia on available aqueous sources, it was suggested “we do not give [the paper] anything more than what is already on the public record from us. They are clearly struggling to work out where we are getting our water, so I don’t think we give them any further clarity.”  Dow approved of the measure.

There was also an absence of detail on the issue of the rail line, which is intended to link the mine to the Abbot Point coal terminal.  Boshoff might well be confident about coal shipments this year, but the line is not, as yet, finished.  That aspect of the project has also faced its share of problems, being accused of having a less than adequate approach to minimising erosion.  The Queensland state government, after investigating those claims, found in favour of Adani, though it recommended that “construction activities within waterways should not be undertaken during the wet season”.

The Friday interview with Dow was also marked by the usual numbing apologetics and justifications long deployed by the fossil fuel lobby.  If we don’t do it, others will. If we do not dig and exploit the deposits, Australians will miss out.  Families will suffer.  Coal remained a king with a firmly fastened crown, left un-threatened for decades.  Precisely such a frame of mind is firmly fastened to the raft of dangerous unreality, and it is one that is sinking.

This global warming carbon scam is by the same people that support ISIS ( aka Al Qaeda ). And you are falling for their plans and doing their work for them when you are against coal. They just want artificial scarcity. Have you not noticed that the AngloZionist banking cartel is pushing the hardest for the global warming scam?

Just like that grifter Elon Musk that abuse carbon credit scam, turns around and steals FROM HIS OWN FOLLOWERS, with thw doge coin hype.

As far as energy, use whatever is cheaper, so the less money goes to multinationals.

You can take that one to the bank my son.

In other words, the International Bankers and their paid liberal poodles jumping around on two legs with a long tongue hanging outside and their little tail going up and down in promotion of the most expensive financed energy for the population claiming with wet eyes they are “protecting the environment”.

Who is the biggest coal consumer? It is not India. The issue with all these articles is that China as the biggest polluter is never mentioned as Commies always are slaves of China. Much poorer India is always the target. India in fact has very large solar and wind power programs and is far ahead of many other countries in the reduction of fossil fuels.