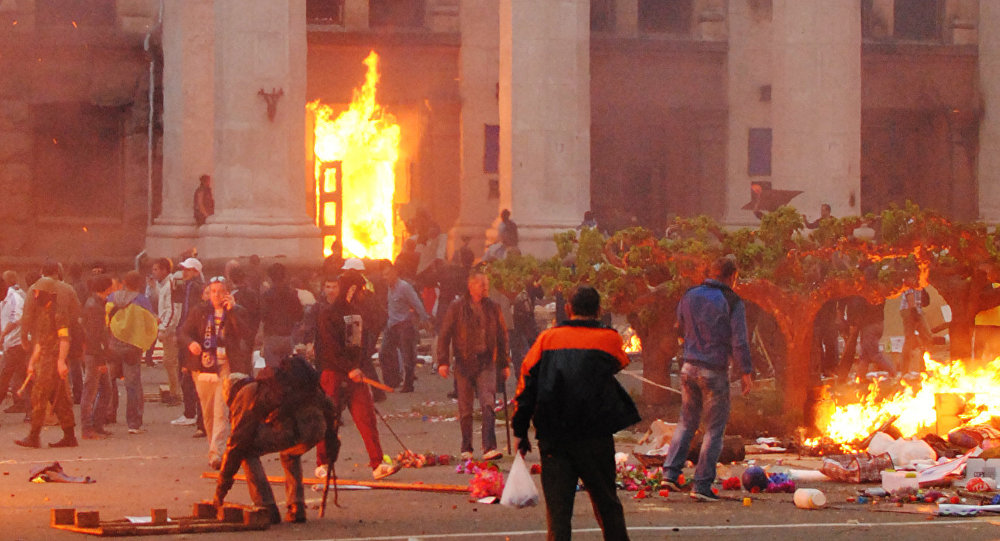 “Lessons slaughter” or the Odessa horrors of May 2, 2014, don’t have their Januarius MacGahan with his articles on the “Daily News” for the”Bulgarian horrors” nor its Galenga Antonio of the “Times” or the entire western journalism, or its Gladstone, stigmatizing the”convulsions of Europe” for the sake of us Bulgarians, 140 years ago with the brutal suppression of the April uprising (atrocities and rebellion do not fit with “coexistence” nor “neighborliness” but with revolt against slavery – an emotional category in the language of our Revivalists, because they didn’t want to be “raya” you do not brutally exterminate”cohabitants” or “neighbors” but rebels, but that is a topic of last year).

Today marks two years of the deliberate and demonstrative burning of the Odessans who dared to peacefully protest the Maidan, on May 2, 2014 in the House of Trade Unions at the “Kulikov field” town square. The choice of the date – the fall of the Berlin (May 2, 1945) is a psychologically historical detail. On this date the Maidan revanchist nationalist neo-Nazi heirs of Hitler’s collaborators, thus obscure the memory of the event of the end result of World War II. The day of Christmas in Cologne last year was not coincidental either, terror has its own laws for programming the memory of fear towards bright dates as the subject of bullying. 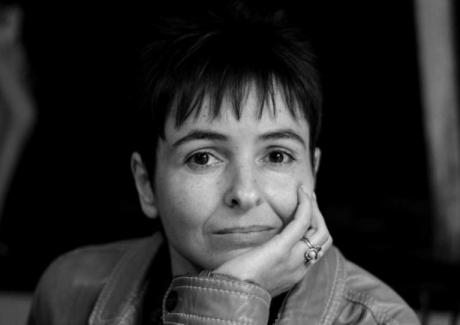 Two years after May the 2nd there are still no results from the investigation, no one is punished, nor guilty. The House of Trade Unions is sealed. Many questions are not answered as to why there were semi-burned corpses on the upper floors, where there are no traces of a fire, ie they were deliberately lit while they struggled to escape the lower floors; why were there corpses with gunshot wounds, knife wounds, rapes, beatings. Why is the door to the basement of the House of Trade Unions welded; why was water in the building stopped just before the assault; why were water hoses cut – again on the day of the event; why is plaster scrapped in the form of repairs – to hide the traces of gas, chlorine; plaster and artifacts – evidence from the crime scene are reserved by Odessans and wait for the right time; the courageous journalist and Odessan, now living in Donetsk, Irina Lashkevich has extensively written about this.

MP Igor Mosiychuk, a representative of the “Azov” battalion in the Rada, stated directly on his Facebook page today that the events in Odessa are an “Ukrainian triumph” and that May 2 should become a “national holiday” because it “stopped the Russian aggression of peace” and that on this day “golden letters were written in Ukrainian history.” While patrons and sponsors of the “Odessa horrors” are in power, there can be no results from the investigation, they not only hide something – they are proud of it. The crime of May the 2nd can not be suppressed, there are witnesses, there are videos and pictures. Retribution can only be delayed.

Two years after May the 2nd, the reaction of the Kiev government is to fill the town square with dogs, the National Guard (former volunteer squads of Nazis and nationalists from the Maidan). Battalion “Azov” celebrates this outrage with blatant neo-Nazi symbolism and delegated representatives of the Right sector and the SBU (Ukrainian KGB) conducts searches among activists of the “Kulikova field” movement – preventative measures of Maidan democracy.

The intense atmosphere today, is on the one hand, is a demonstration of fear on Kiev’s part toward the Odessans and their desire to commemorate their fallen compatriots. On the other hand, there is a targeted search for provocation at the expense of Odessans in the internal battle between Poroshenko and Kolomoisky in the conflict between Odessa Governor Mikhail Saakashvili and it’s Mayor, Gennady Truhanov, i.e. a power strife of factions with gangster-style chic and politico-dirty character.

The reaction of Odessans is dignified. The area outside the town square is studded with flowers. Anatoly Sharii is an Ukrainian blogger, exposing the post Maidan Ukraine from the beginning. He organized a video poll in Odessa today, but most Odessans do not want to show their faces, some refuse to comment, but there are those who are not afraid to answer the question of what May the 2nd means to them: (An old lady) “It was a terrible tragedy, there were women and children, this is a warning that this could happen to any of us, anywhere, if we have to wait until May the 9th to lay flowers, we will”; (young woman) “our government is guilty”; (young man) “some people, I do not know who they are, they do not distinguish between the Russians in Odessa and Russians in Russia, they killed all like minded Odessans” 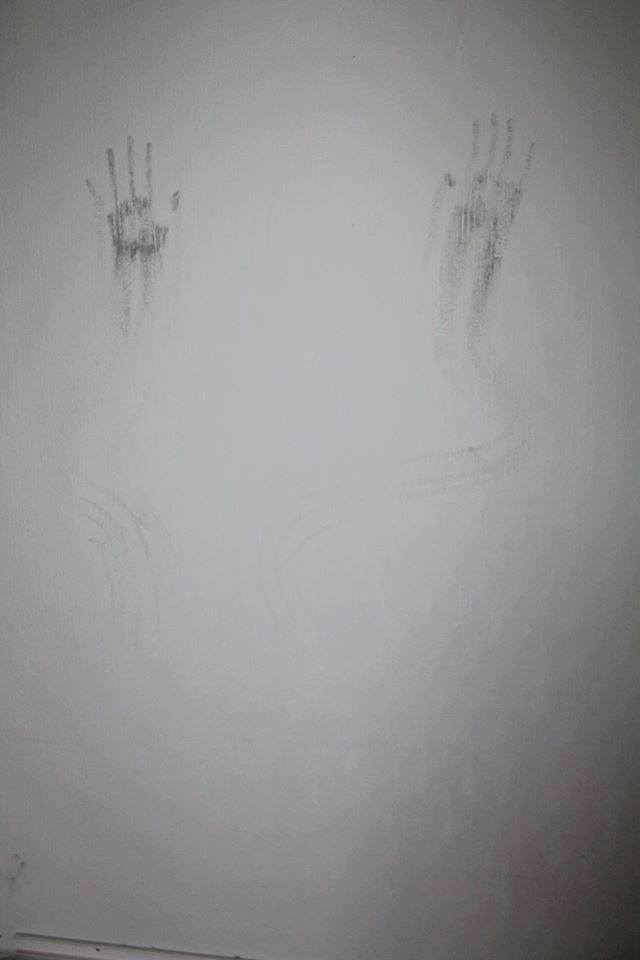 The “Odessa horrors” have their journalists like Irina Lashkevich who publishes testimonies and pictures from the House of Trade Unions: (surviving witness) “My husband is still in the hospital, he jumped from the window and broke his legs and spine. I became ill (weak heart) when they started storming the building. I fled to the bathroom to drink my tablets, but there was no water – it was halted exactly at the time of the assault”; (16 year old boy) “Aunt Ira, they jumped from the windows, but they were also finished off. I saw them on the side of the black entrance. People were screaming.

(Shivering while speaking – I. L.) I ran away and hid in the yard of the sports school, you know that the doors are very high, but there is a way to pass, we sometimes go to smoke during breaks. The whole night I stayed in the yard, they walked the streets, looking for survivors and singing songs. It was very scary. I will never forget how people were screaming. ”

(The boy was at Kulikovo field every day, making tea and walking to the store for food, for which he received 50 hrivna per day. – I. L.)

Irina Laskevich whose photos from the House of Trade Unions on May the 2nd are in the article, states that “the majority of witnesses nobody has questioned are in Odessa … The world knows only the tip of the iceberg, but when these people start speaking, the world will tremble … ”

Meanwhile, the world did not flinch when on Holy Week a car with peaceful Ukrainians in Elenovka, was shot by the Ukrainian army – six victims, including a pregnant woman – another violation of the Minsk agreements of Kiev with another unpunished bloodletting. And this week, a family of an Orthodox priest from the Moscow patriarchy UPTS in Dnipropetrovsk was tortured, his wife died of her wounds while he was in the ER. The world did not flinch.

The world trembled on April 1876. Today, on May 2016, the European world trembles about its welfare, which it myopically sees under its nose and not any further. The world will not flinch until we stop to wade on the bones of innocents, killed in the name of “ideals”, “ideology”, the “new world order” and whatever else i justified in the name of human power.

This year, May the 2nd coincided symbolically with the Holy Week. “See that the light that is in thee, is not darkness” (Luke 11:35).