As his statement yesterday and his past have revealed, Leopoldo López’s machinations will be in service to the U.S. government, his greatest political patron, as opposed to the people of his country. Opposition leader Leopoldo Lopez holds a Venezuelan national flag as he greets a group of opposition protesters outside his home in Caracas, Venezuela, July 8, 2017. (AP/Fernando Llano)

Amid the early morning chaos of yesterday’s failed US backed coup attempt in Venezuela, Leopoldo López — the political mentor and top adviser to self-declared “Interim President” Juan Guaidó — made a startling claim to a group of international journalists gathered outside the La Carlota airbase in the Venezuelan capital of Caracas.

According to Bloomberg reporter Andrew Rosati, who was present for López’s and Guaidó’s announcement of the now-failed “military uprising,” López told him and other foreign reporters that he and Guaidó — after speaking to high-ranking government officials throughout the Americas and their political allies within Venezuela — wanted the United States government to be a part of the government they hope to install if they succeed in ousting Venezuela’s current president, Nicolás Maduro.

The claim received very little media attention, given the day’s events, despite the fact that López, long believed to be the power behind Guaidó and the architect of his rise to power, stated that Guaidó’s parallel government would aim to essentially turn the country into a colony of the United States. López did not elaborate as to the extent of the role he and Guaidó hoped to see the U.S. play in a future Venezuelan government. Yet, any planned role for the U.S. government in Venezuela’s government would gravely undermine Venezuela’s national sovereignty and any semblance of independence of a future Guaidó-led administration.

Leopoldo Lopez says he and his allies have spoken to high-ranking members of government here and across the region. He says he wants US to apart of be government that will form once Maduro falls.

López’s statement stands in stark contrast to Guaidó’s public claims that he seeks to return political power to the Venezuelan people from the “dictator” and “usurper,” Guaidó’s words of choice to describe the recently re-elected Maduro. Indeed, it seems to have been a surprisingly honest admission from López that reveals that Guaidó’s parallel government — the existence of which was prompted by a phone call from U.S. Vice President Mike Pence to Guaidó — is actively seeking to install foreign-directed rule in Venezuela.

Past statements made by National Security Adviser John Bolton have made it clear that the Trump administration’s key interest in Venezuela is its massive oil reserves, which are the largest proven oil reserves in the world. If López’s statement is to be believed, the role the U.S. would play in a Guaidó-led government would likely involve the U.S. directing the exploitation and development of Venezuela’s oil sector, where U.S. companies like Chevron have long been involved. While Chevron and Halliburton continue to maintain a presence in Venezuela’s oil sector, U.S. oil companies ExxonMobil and ConocoPhillips were ousted from the country by former President Hugo Chávez in 2007, who nationalized their Venezuelan assets.

López a finger of the U.S.’ now-visible hand

López’s appearance at the coup announcement early Tuesday morning initially made the claims of an uprising seem more legitimate than they were later proven to be, as López has long been under house arrest in his eastern Caracas mansion. López was first placed under house arrest in 2014 for his alleged role in planning violent demonstrations, often referred to as guarimbas, in an effort to oust the Maduro-led government. It is currently unknown how López escaped house arrest, though the prevailing assumption has been that his escape was aided by some of the military defectors who partook in the failed coup attempt.

Under house arrest and unable to continue his prior role as the “poster boy” for the U.S.-backed Venezuelan opposition, López maneuvered the political party he founded, Popular Will (Voluntad Popular), to prominence in the opposition-controlled National Assembly and tapped Guaidó — then serving his first term as an assembly member — to serve as the party’s public face. According to Bloomberg, López chose Guaidó only after several other prominent Popular Will members had been forced into exile.

López and his political activities in Venezuela have long been funded by the United States. As MintPress reported in 2017, López’s first political party, Justice First (Primero Justicia), as well as his current Popular Will Party have been bankrolled by the U.S. government’s National Endowment for Democracy (NED) and its offshoots, including the International Republican Institute (IRI) and the National Democratic Institute (NDI). Prior to the failed 2002 coup attempt against then-President Hugo Chávez, in which López played an active role, López made frequent visits to IRI headquarters in Washington and held meetings with members of the George W. Bush administration.

While López is no longer the public face of the current U.S.-backed efforts to oust Venezuela’s current government, he is still very much involved, as yesterday’s events show. Having sought refuge first in the Chilean diplomatic mission and now in the Spanish Embassy in Caracas, López is likely to continue to orchestrate and direct events as Guaidó’s top adviser from the safety of foreign embassies of Guaidó-supporting countries, much as he did while under house arrest. As his statement yesterday and his past have revealed, López’s machinations will be in service to the U.S. government, his greatest political patron, as opposed to the people of his country.

Now we understand how lucky were Syrians that western governments and their lackeys closed their “diplomatic” missions in Damascus and other Syrian cities. We too enjoy this good fortune to a degree.

Any and all manners of international law, agreements, pacts and norms are toys for these criminals who use them whenever is suitable for them and ignore them whenever they want, like it never existed.

Gee-do should be really careful because his usefulness is rapidly ending. El hombre is getting close to a point where he is more useful muerto than alive.
But I doubt if he’s able to do anything about it, even if he senses it too and wants to get out.

In my opinion, his usefulness has already ended. I wrote a parody so enjoy:

To celebrate the glorious victory of the oppressed freedom loving people of Venezuela to recover their democracy, Guido (hiding in some undisclosed location) provided a live stream video inviting the US military to send forces to take part in the victory parade celebrations in Caracas.

Guido with tears welling up in his eyes urged the US to act quickly and the more military forces sent the better. Then Guido lamented how he wished all his fellow loyal and courageous supporters could be there with him to celebrate but could not due to other commitments such as fleeing the country or seeking asylum in embassies. At this point Guidos broke down sobbing and then a CIA agent brings a package to Guido and tells Guido it is from Bolton and Pompeo. There is a pink bow wrapping the box with a card saying “sent with (conditional) loving kisses”.

Guido wipes the tears away, joyful someone loves him. Opening the box, music begins to play… For No One, Beatles, Album Revolver

Your day breaks, your mind aches
You find that all the words of kindness linger on
When she no longer needs you

She wakes up, she makes up
She takes her time and doesn’t feel she has to hurry
She no longer needs you

And in her eyes you see nothing
No sign of love behind the tears
Cried for no one
A love that should have lasted years!

You want her, you need her
And yet you don’t believe her when she says her love is dead
You think she needs you

At this point the bomb goes off…

Just turn the tables world. For over 70-million Americans openly want to secede and break off from the zionist federal government. The world must lend support and help for this democratic movement in the USA.
We want to save our constitution! And leave the war parties.
http://blogs.reuters.com/jamesrgaines/2014/09/19/one-in-four-americans-want-their-state-to-secede-from-the-u-s-but-why/
https://www.theatlantic.com/politics/archive/2017/03/is-russia-behind-a-secession-effort-in-california/517890/ 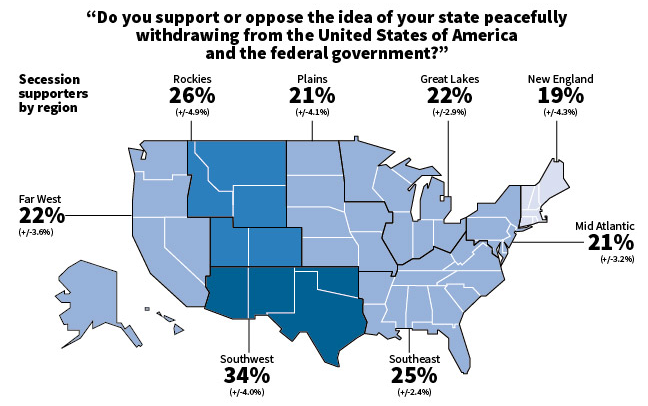 Look mate, the last time Americans tried to secede, which is their constitutional right, they killed over 600,000 Americans.

The USA is the Hotel California, you can check out any time you want, but you can NEVER leave.

The irony is: this song is most likely about temple of Satan.

Hotel California is the hit album and song produced in 1976 by the Eagles’ rock band.

On the inside of the album cover, pictured to the right, Anton LaVey (founder of the Church of Satan in 1966) is seen peering down from the balcony.

The Eagles’ manager, Larry Salter, admitted in the Waco Tribune-Herald (Feb. 28, 1982), that the Eagles were involved with the Church of Satan! Not surprisingly, one of the Eagles’ songs is titled “Have A Good Day in Hell.”

they check in and never check out is or was a blurb for catching roaches, which moronistan (aka usa – home of the neo-nazi morons) is inundated with and a terrible friggin menace, they are.

But what kind of dictatorship would this be that leaves its worst enemy under house arrest? But let them learn from Israel where 10-year-old children who throw stones shut them in prison.

Lopez, what a fine leader – not!
In the picture he dishonours the flag of Venezuela by holding like a tea towel ready for wiping. But inviting US to partake in the government is folly on a scale I can’t quite gauge, naked stupidity maybe. He wants to be a leader but shows with every gesture that he has nothing but contempt for Venezuelan people.
And please Maduro, just hang tight, all you need to do is survive. That’s how Washington beat the British Empire.

good observation. I am sure if it was an American flag, it would be held up in a proper and respectful manner being the flag of the country he truly serves…