On September 3rd, the Lebanese Army announced that its army engineering regiment discovered 4.8 tons of ammonium nitrate during an inspection of four containers conducted at the request of Beirut port’s customs authorities at entrance number nine.

The military units “are working to handle” the issue, the statement said.

Now, 4.8 tons may sound like a lot, but the August 4th explosion was reportedly the result of 2,900 tons of ammonium nitrate catching fire.

The substance was brought to Lebanon in November 2013 when Moldovan-flagged cargo ship MV Rhosus docked in Beirut amid maintenance issues. The vessel was ultimately abandoned and Lebanese authorities left its cargo to decay at the port’s warehouse 12, where the explosion is understood to have originated.

Days after the blast, French and Italian chemical experts working amid the remains of the port identified more than 20 containers carrying dangerous chemicals.

In addition to the blast’s humanitarian and economic woes that compound Lebanon’s existing financial crisis, it led to renewed protests against the Lebanese government, which led to the Prime Minister and the entirety of the government resigning.

The latest discovery comes amid an influx of international aid workers and a series of high-profile visits of officials from across the globe. French President Emmanuel Macron has visited twice in the past 30 days.

So far, authorities have detained 25 people over last month’s explosion, most of them port and customs officials.

The UN Economic and Social Commission for Western Asia (ESCWA) warned that ore than half of Lebanon’s population risk facing a food crisis in the aftermath of the explosion.

“More than half of the country’s population is at risk of failing to access their basic food needs by the year’s end,” the ESCWA said.

Separately, in a positive development, Lebanese rescue workers detected signs of life in the debris on September 3rd, almost exactly 1 month after the explosion.

A rescue worker said that they had detected signs of life in a building that had collapsed after the explosion.

He said that a team with a rescue dog had detected movement under a destroyed building in the Gemmayze area of Beirut, one of the worst hit by the blast.

“These (signs of breathing and pulse) along with the temperature sensor means there is a possibility of life,” rescue worker Eddy Bitar told reporters at the scene.

4.8 tonnes are 5 AN pellet bags. That is nothing worth reporting. 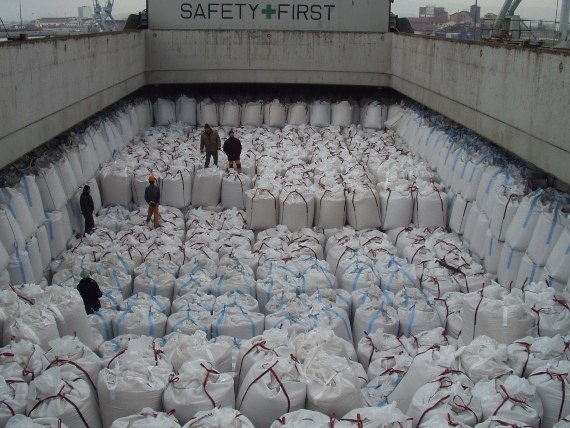 No explosive sitting on surface can make “15 meter deep crater in rock” except deep penetration “bunker buster” bombs or explosives dug in deep, or mini nuke.
Those who want to know the truth, they will find out the answers I have no doubt about that.

It is clear that there was no ammonium there. This is TikTok TikTok … Boom!

Which proves the blast was due to the chemicals stored in that area and not an attack by Israel or the U.S like so many here barked. SF guys should pay attention to facts rather than to their hate against my country.

It proves exactly nothing. Anyone with few working brain cells knows that..

On the contrary, it proves that ammonium nitrate is all over the port area, and wasn’t only in the specific blast place. I’m sure they will find even more, and if they look really hard they can also find Hezbollah’s rockets sitting there from shipments they had received from Iran.

“it proves that ammonium nitrate is all over the port area”

That is not what’s under debate. You’re not even on the same planet as the issue under discussion.

But wasn’t you the one threatening Hezbollah with more similar attacks following that Blast ??
It’s high time you decide on the narrative :D

Only if they blame us for that, and would respond with rockets. Then I want us to turn the other half of Beirut into ruins.

You’re no good at connecting dots. These two data points have nothing to do with each other.

so far there is no proof that it was caused by Israel; however so far the cause has not been determined

The cargo must have belong to someone l,they need to do a full investigation, find the captain, the crews and the owner of the cargo and the ship…This investigation will tell alot

That’s odd … Why didn’t this AN explode due to the main shock wave?
I’d have thought any explosives in the Port would have been triggered by the main explosion …

These bags can be sold and the money given to children.