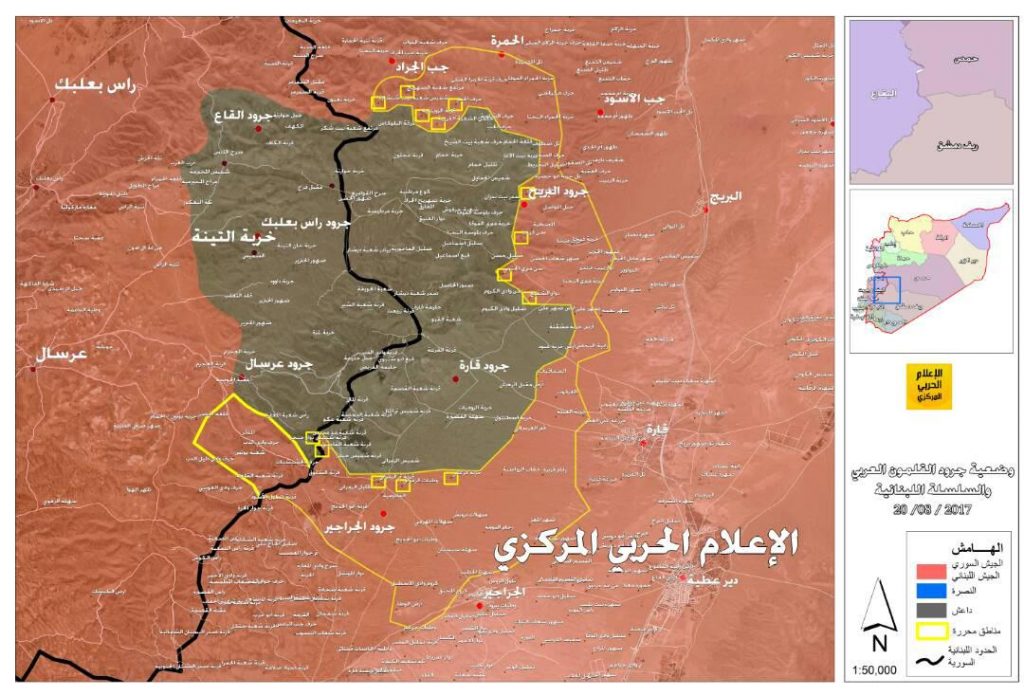 On Sunday, the Lebanese Armed Forces (LAF) announced that it has captured over 80 square kilometers out of 120 square kilometers that had been under the ISIS control in Ras Balbak and al-Qa’a areas near the Syrian-Lebanese border.

Moreover, the LAF destroyed 12 positions, and 2 VBIEDs of ISIS near the border with Syria. The LAF also killed 15 ISIS fighters in the last 12 hours.

3 Lebanese soldiers were killed and one was injured after their armored vehicle was hit by a mine on the al-Njasah roundabout-Jorud Arsal road. It’s still unknown who had planted the mine.

Meanwhile, Hezbollah and the Syrian Arab Army (SAA) captured the following areas near the Syrian-Lebanese border:

Syrian warplanes destroyed several positions of ISIS in Martabiah and al-Romiat crossings in the Western Qalamoun region according to Hezbollah media wing in Syria.

great job.they are encircled now!they will either surrender or die (i hope for the sxecond option). great job there by all parts involved.