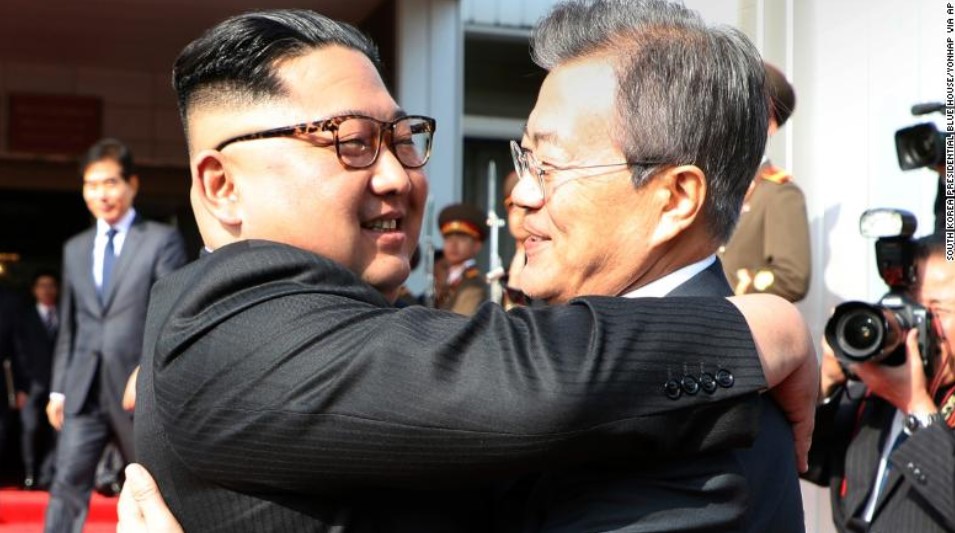 On May 26, South Korea’s presidential office announced that the country’s president Moon Jae-in had held a meeting with his North Korean counterpart Kim Jong-un at the demilitarized zone.

“The two leaders exchanged their opinions candidly to implement the April 27 Panmunjom Declaration and to have a successful North Korea-U.S. summit… Moon will announce the result of today’s meeting at 10 a.m. [local time] Sunday,” the South Korean presidential spokesman Yoon Young-chan said, according to the Yonhap news agency.

According to the statement, the sides met to discuss Kim’s possible meeting with US President Donald Trump.

On May 24, Trump cancelled the Pyongyang-Washington summit, which was set to to take place in Singapore on June 12.

However, according to reprots, the meeting, even if not on June 12, still can be held between the US and North Korean leaders.

You are truly wise, Mr.Gandalf

Craptor, the new, Lies wank off. How does this promote peace? These countries have spent how much of their national treasuries for over 70 years and what did they get?

Now they wish for peace and the US says no. There is no profit in peace for the MIC. Day by day the power of the Empire, F.uk.us and Co-conspirators slips. They spend huge amounts to solidify their grip. Alienating all but the companies that provide goods and services to the latest scheme.

At some point the financing will fail, the paychecks will bounce and the belligerents will drop their guns.

UN is useless. Normally every conflict must be solved locally by countries belonging to the region.

USA has nothing to do in Korea problem or Middlea east or European ou African, ….

The 5 countries which have taken the world by force are irrelevant as they don’t give a fuck about others nations interests.

You are right. But Japan and South Korea plesed USA to send THAAD system against north korean missiles.

THAAD systems are ùeant to be a defense agaisnt Russia and China not to defend the vassal states.

Suere. The support also american interests. But this step was not american idea. Mainly japanese. You must accept the fatc, that those countries want american miliary help. Similarly like Taiwan and Australia, NZ.

No. The japanese gov is a US puppet. As long as this gov do what USA wants, USA do nothing against Japan.

The main mission of US weapons is to make money for the MIC. The main desire is that they not be used as then it will be apparent that their location only reduces the host country to a target.

The reason to request F.uk.us arms is so a few elite can procure the internationally distributed payoffs. Weapons are sold for the money not for any righteous cause. Their actual use is most often futile.