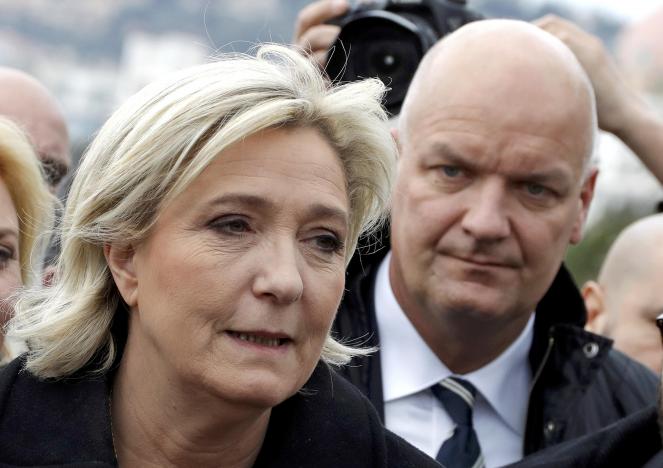 It is getting difficult to keep track of all the parallel (alleged) financial scandals involving French presidential candidates.

Le Pen slammed the latest move in what Reuters dubbed “a financial sleaze case” that has landed her in the spotlight alongside another leading candidate, Francois Fillon, a right-winger being investigated over public funds he paid to his wife and children. Wary that her image and lead position in polls of voting intentions could be hurt, Le Pen said she was convinced voters would not fall for what her lawyer Marcel Ceccaldi called a “manipulation” designed to destabilize her.

“The French can tell the difference between genuine scandals and political dirty-tricks,” Le Pen, who has previously denied any wrongdoing in the affair, told reporters. The two held for questioning are Le Pen’s bodyguard, Thierry Legier, and her chief of staff, Catherine Griset, key figures in an investigation opened following demands by the European Parliament that Le Pen repay money she is accused of wrongly paying the two.

Le Pen is a clear frontrunner in the April 23 first round of the two-round presidential race; while polls have seen her losing the runoff ballot on May 7 – to either Fillon or another independent candidate, the centrist Emmanuel Macron – she has steadly eroded their advantage in recent days, leading to a selloff in French bonds and a furious buying spree in German short-term bunds, which earlier today hit a record low yield of -0.92%.

Wednesday’s detentions followed a police raid on Monday on Le Pen’s National Front party headquarters on the western edge of Paris, while she was abroad.

The globalists are getting desperate.