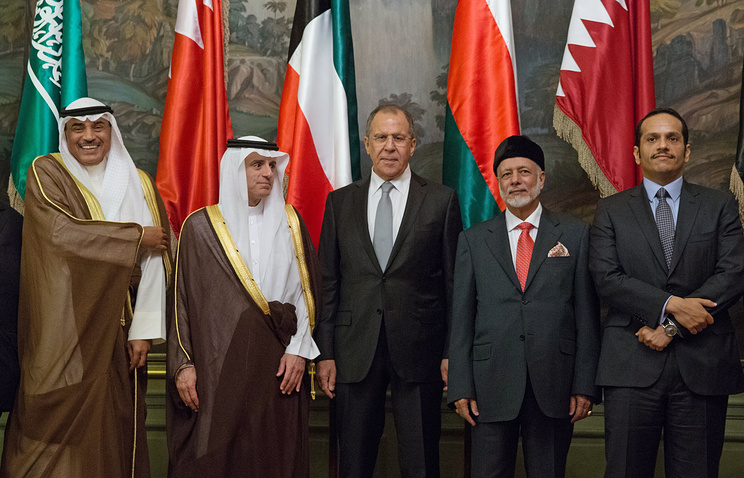 On the 25th of May, Lavrov met his GCC (Gulf Cooperation Council) counterparts. The meeting was mainly focused about the Yemeni and Syrian crises, and other important matters like combatting terrorism in the region.

Saudi Foreign Minister Adel Al Jubeir insisted that there is agreement with Russia on combatting terrorism and that his country looks forward to discussing with Russia conflicting views on Syria, Yemen, and Iran.

Adel Al Jubeir also insisted that the Kingdom is very determined to improve relations with Russia in all fields. On the other hand, Lavrov stated that the Russia-GCC debate proved its effectiveness.

This coincides with the Russian postponement of airstrikes against Nusra-held areas as some rebel armed formations request more time to separate themselves from Nusra.

All those diplomatic games are mainly focused on bridging the diplomatic gaps between the regional powers of the Middle East. However, it’s hard to believe that Russia will find a joint solution with the GCC that is led by Saudi Arabia [SF editor: The creator and sponsor of the Al Nusra Front terrorist group]. The heavy differences in the goals and approaches bar such an agreement.