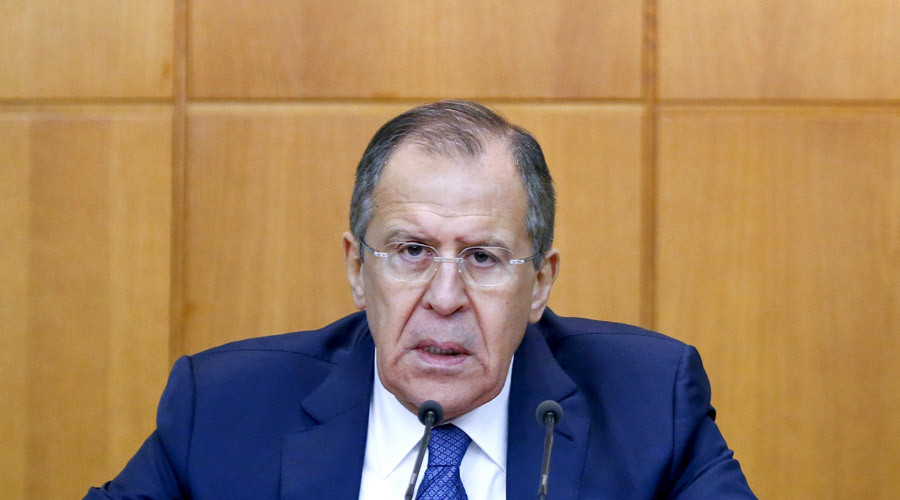 On January 26, Tuesday, Russian Foreign Minister Sergei Lavrov holds a press conference to mark the achievements of Russia’s diplomacy and foreign policy in 2015.

Last year Russia was at the forefront of many of the world’s major events. The country launched an anti-terrorist aerial campaign in Syria. Russia is also negotiating the much-anticipated talks between the Syrian government and opposition members, as well as helping Iran reach an agreement on its nuclear program that paved way to the lifting of the anti-Iran sanctions this month.

“As a permanent member of the US Security Council, and one of the largest countries of the world, Russia exercised its right to get involved in the Syrian conflict,” Lavrov said. He also added in the Syrian context that one can’t use only a military way to combat terrorism, but should also fight it politically.

The international law, according to Lavrov, is the only basis of finding solutions to the conflict, but he also said that Russian aerospace operations in Syria definitely helped to change situation in the country.

“The Russian Aerospace Forces’ operations [in Syria] following the Syrian government’s request have really helped to change the situation in this country and helped to limit the territory under terrorists’ control,” The Russian Foreign Minister said in the press conference.

Sergei Lavrov said that it became clear what is going on in Syria — who supports or helps terrorists, who fights against them or uses them for “unilateral egoistic purposes.”

About the BRICS and international partnership, Lavrov said that Russia is very active in cooperation with its partners of the Eurasian Economic Union, ASEAN Economic Community and the countries of BRICS.

Lavrov said, Russia welcomes all the steps on normalization of the situation about Iran’s nuclear program and the country is very active in pursuing talks on the matter.

On Ukraine, Lavrov said that Russia is open to negotiation on relationship with Ukraine and Minsk accord, and presuming noninterference into internal matters of each country and strictly sticking to the Minsk accords.

The western policy to contain Russia was also criticized by Sergei Lavrov.

He also added that US, EU have continued non-constructive, dangerous policy toward Russia, including fortifying NATO.

Russian Foreign Minister considered that Russia’s major international challenge is to establish a democratic and fair international system which the country cannot achieve it on its own, but only within the international partnership.

Regarding the Relationship with Canada, Russian Foreign Minister stated that regardless of ups and downs in the relationship between the two, common sense always prevailed. Lavrov hopes that the new government is showing readiness to restore relationship with Russia.

Speaking on Russia-Germany relations Lavrov shows optimism and told that the relation is improving.

“We are engaged in an intensive dialogue, I would not characterize our relations as those being in a crisis or in a gridlock,” the Foreign Minister said regarding Russia-Germany relations.

One of the examples of the above statement, Lavrov said, is the decision to lay down the Nord Stream 2 pipeline. According to him, the Ukrainian crisis is not a hurdle to this cooperation.

The Russian Foreign Minister stressed regarding the current refugee crisis in the European Union that Russia is interested in the strong EU and is aware of its current problems.

Sergei Lavrov also expressed that only a unified EU can be a good partner, but the solution to the crisis should not be made at the expense of its members.

The Foreign Minister was asked about the Syrian opposition members who should participate in the talks on the settlement of the Syrian crisis. Lavrov said that there should be a wide range of opposition leaders present, including the Syrian Kurds and these talks should be aimed at ceasefire and political reforms in Syria.

“We see Kurds as a very important nation and an efficient unit to fight against Daesh (ISIL/ISIS),” Lavrov remarked.

“We fully respect the territorial sovereignty and integrity of Iraq,” Lavrov said referring to an alleged split in the territory of Iraq.

The Russian Foreign Minister also talked about the crisis of Korean Peninsula.

“The problem is not only to prevent North Korea of obtaining a nuclear weapon, but to prevent everyone on the Peninsular, including South Korea, of obtaining the one,” Lavrov expressed.

Sergei Lavrov also said that Russia had been working actively with its colleagues, including China, on this matter. He hopes that six party talks on the issue should be resumed soon.

“We should not repeat a mistake of isolating a state, similar to the one which was made with Iran, when it was at first left out from the talks on its nuclear program,” Lavrov said in the press conference.

“Russia and Bulgaria are closely tied historically, culturally and spiritually,” the minister noted regarding Russia’s relationship with Bulgaria.

“It is quite distirbing and alarming for Russia,’ Lavrov stressed referring to the expansion of NATO, including on the territory of Bulgaria- a NATO member state.

On the South Stream project, the Foreign Minister said that it was delayed by the European Commission in Brussels, without any consultation with its member states, so Russia had to search for an alternative.