The Al-Qaeda in the Islamic Maghreb (AQIM) terrorist group committed a terrorist attack on a military camp of the French Special Forces and African units of the UN mission in Mali on Wednesday. 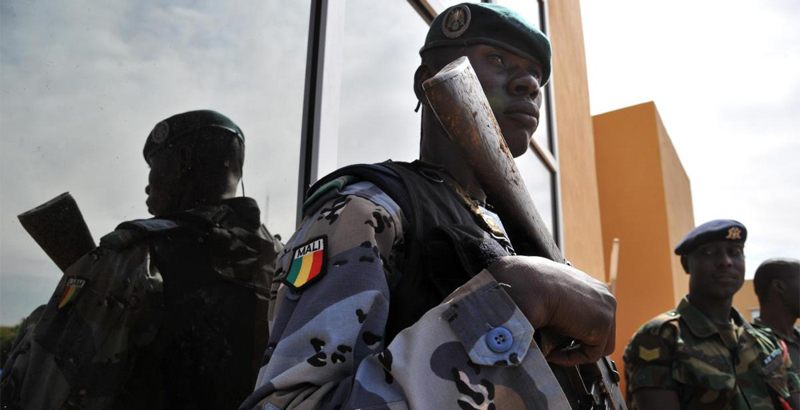 On Wednesday, a powerful explosion (according to another version, several explosions) took place on the territory of a military camp, located in the town of Gao in eastern Mali, where joint contingent of the French Special Forces and African units of the UN mission were deployed. According to official information, the military camp was attacked by a group of suicide bombers with explosive devices, attached to their belts, and condemned men on bomb-laden vehicles.

Various sources provide very different information about the number of victims of the massive attack. Malian media outlets report, citing local medical sources, that about 50-70 people were killed and over 100 others were wounded. At the same time, spokesman for the Malian Armed Forces, Diarran Kon, reports about 42 killed, five suicide bombers, who blew themselves up, and 115 wounded people. It is unknown how many servicemen are among killed, as well as whether there are French people among them. In any case, the terrorist attack has already become the largest in the history of Mali.

Reportedly, the Al-Qaeda in the Islamic Maghreb (AQIM) terrorist group took responsibility for the attack. According to an AQIM’s statement, published online, the camp was attacked by suicide bomber Abdul Hadi Al-Fulani from Al-Mourabitoun battalion, which is headed by notorious ringleader Mokhtar Belmokhtar, and, as a result, 80 servicemen were killed. According to AQIM’s version, the military camp was attacked by only one militant on a bomb-laden vehicle, while official sources report about five terrorists.

It is an interesting fact that Al-Fulani had already appeared in an AQIM’s statement about a terrorist attack in Gao on November 29, 2016. At that time, he allegedly blew up a bomb-laden vehicle in the Gao airport and damaged a Russian-made helicopter. Either the terrorist evaded death at that time (but it is unlikely) or it is another Al-Fulani or AQIM somewhere lies.