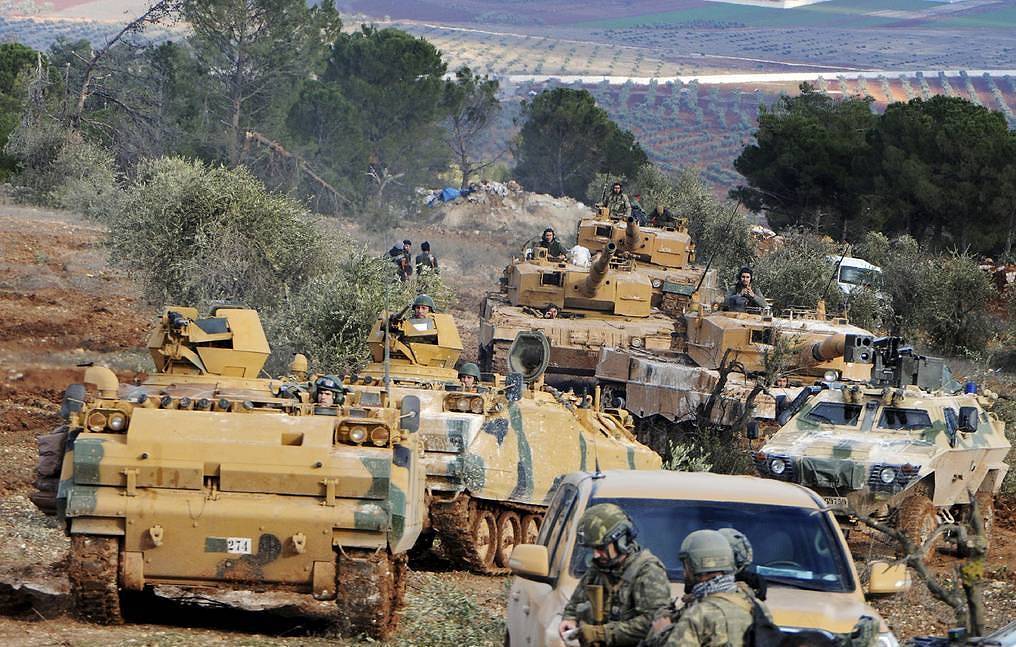 A large Turkish military convoy crossed the border with Syria through a checkpoint of Kafr Lusein, located in the north of the province of Idib, and is heading towards southern Idlib, according to reports in pro-opposition sources.

The Syrian Army command launched an offensive in Idlib on December 19, 2019. Government troops have liberated about 50 settlements in the south and the east of the province. Currently, they are preparing to liberate the key town of Maarat al-Numan located on the M5 highway. 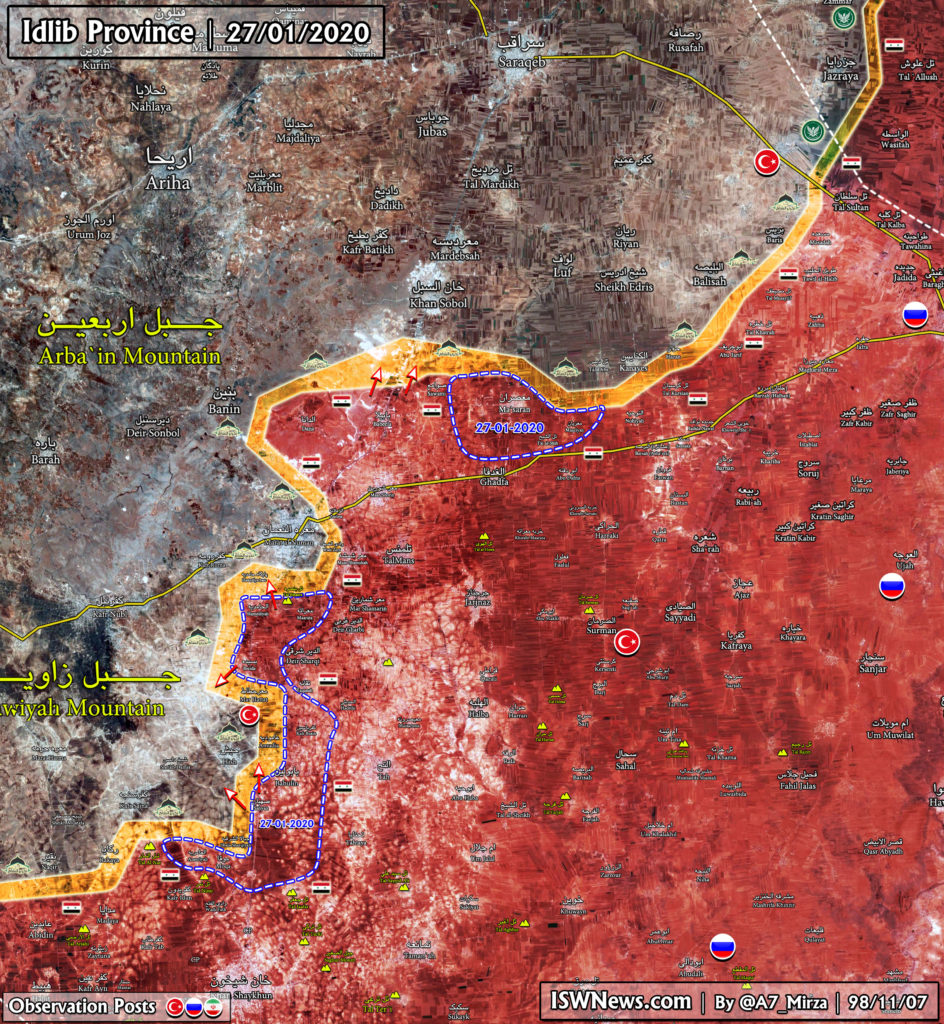 The Turkish military convoy that entered Idlib will likely not able to rescure Idlib militants from the Syrian Army. Noneheless, it will be able to establish another ‘observation post’ designed to contain further Syrian offensives against the terrorists. One of the possible locations is Saraqib.

Her we go again! I don’t know if anybody remembers….

They did the same when Turk “observation” post on the “M5″was surrounded before. That 1st. convoy did not pass (was bombed little bit) They went back chunk of the road and have created new “observation”post on M5

And that “observation”post that was created by that 1st. “convoy” is these same suckers that are now in the identical situation like guys in”observation”post before them whom they tried to visit!

To save their flanks SAA could lay some anti tank mines to prevent VBIED attacks. That should solve the iisue.

Ah, the Boy Scouts. went to Syria to set up another campfire. They knew that their observation post would not be able to stop SAA. But they still went to Idlib, either because they were very stupid or they were addicted to being surrounded by SAA. Maybe it makes them feel comfortable because they are surrounded by real soldiers.

Or to get some first hand battle experience by being surrounded by the fighting. Live ammo drill under battle conditions was it called in the old days…

A good napalm run on the Turkeys should do it.

Turks and Yankees have lost the Syrian war…but meanwhile they try to save the face deploying small troops in Petrol fields and observation post!…but without any chance to protect the terrorist gangs!

Its almost as if Turkey does NOT want Idlib liberated at all, but they want to shine in the limelight of mass media as Glorious Liberators from TurkLand.

people, don’t downvote an article just because you don’t like the news

There are many terrorist lover and zio here, no wonder they hate everything in this site

“The Turkish military convoy that entered Idlib will likely not able to rescue Idlib militants from the Syrian Army.” —> This comment at the end of article looks very provocative. Convoys are regularly visiting observation posts for resupply & staff change. That’s certainly in coordination with Russians, so SAA does not stop them. There is no such thing as Turks will protect militants or fight for them.

The resupply vehicles don’t need numerous tanks and armoured vehicles as an escort for a permission given trip. Are HTS going to attack the convoy for the food . No need for thew OP’s to continue as they achieved nothing and stopped nothing. Absolute waste of time so they can all return to Turkey .

Yeah, 2018 safe zone is collapsing because of rouge rebels like HTS, sunni civilians are moving to Turkish border, so won’t need any observation posts, eventually posts will all be abandoned.

Too little too late, as with such previous similar petty attempts by the little wannabee-Ottoman,such manoeuvers were already irrelevant in muchless favorable situations for the SAA,and it certaibly won’t impact their long overdue current rollercoaster conquest phase one bit tvus tile around. I would love to see Turkish units dare open fire on Syrian troops going around them,as Putin finally seems dead-set on finishing off the annoyingly long Idlib running gag and smack the turkish fly away from his face and ears once and for all. And their is basically nothing shitface Er-Dog can do about it. At best he can credit himself with lying a way out for his local Al-Qaeda and IS proxies + mercenaries for a couple of years, postponing the inevitable until the Tzar’s patience wore out.

The Turkish OPs are not of any military defensive significance. They are there to rescue Turkish intelligence operatives from the AQ areas coming under SAA attack or takeover. They are not there in the same capacity as US bases all over the world, trying to influence the said countries, so it’s pointless to discuss them as defensive installations.

So what are the Turks doing, reinforcing one of their existing OB posts, establishing another one somewhere else, or perhaps even rescuing terrorist leaders, who knows, all I know is their heading towards a battlezone, and accidents can easily happen in battlezones, wouldn’t be a shame if this convoy just happened to have an accident.