A large fire broke out at the Cardon refinery at the Paraguana refining complex, in Venezuela’s north-western Falcon state.

The Cardon refinery has a capacity of 300,000 barrels per day capacity, and the fire was also confirmed by Falcon state Governor Victor Clark said, while two people familiar with the matter said gasoline output was halted.

The unit stopped working around noon, less than a month after it restarted with the help of equipment imported from Venezuela’s ally Iran, according to the sources, threatening an aggravation of fuel shortages that have plagued the South American country for months.

The equipment in question that came from Iran are catalytic cracking units. They are crucial for the production of finished fuel in most refineries. Cardon had been producing between 15,000 and 30,000 bpd of gasoline since restarting in mid-June.

A large fire has broke out at the Cardon refinery at the Paraguana refining complex #Venezuela pic.twitter.com/v0olupU4Ai

From videos so far it seems likely that the fire will have caused damage https://t.co/rTGyrny51h

Venezuelan authorities reported that the fire was quickly suppressed and there were no damages and injuries.

Reportedly, Iranian experts present in Venezuela had even began attempting to repair the Cardon refinery and to get it operation again, and as such it is unknown what damage the fire actually caused.

Just days earlier before the incident, US Federal prosecutors filed a lawsuit to seize the gasoline aboard four Iranian tankers en route to Venezuela, in another apparent attempt by the White House to thwart the two nations’ economic collaboration.

According to the lawsuit, the prosecutors are aiming to stop the delivery of gasoline aboard the Liberia-flagged Bella and the Bering, and the Pandi and the Luna to also deter future deliveries.

The complaint, filed in the U.S. District Court for the District of Columbia, also seeks to halt revenues from petroleum sales to Iran, which Washington has been illegal sanctioning for decades.

Gasoline shortages in Venezuela, like Iran a member of OPEC, have been increasing due to he heavy sanctions regime by the US.

Well, the cowardly CIA cunts failed in Iran so now they are targeting softer targets in Venezuela. They will fail there too as their frustration grows by the minute.

I ‘Highly’ doubt that’s an ‘Accident’! The Refinery stopped working because of the AmeriCunt Economic/Financial Terrorism-War and by Sabotage carried out by Terrorist Traitors on the Payrole of the so-called ‘Opposition’ the wannabe Putschists and their Handlers+Accomplices of the CIA NED and the AmeriCunt Regime. The same kind of Terrorist shit they pulled-off at the Hydro-Electric Plants + Power-Grid some time ago.

BTW, the CIA cunts have lost their “top expert” on Iraq. He was killed in an ambush an hour ago.

Baghdad: An Iraqi analyst working for the CIA and US occupation forces, considered a leading expert on armed resistance groups has been shot dead in
Baghdad after receiving threats from Iran-backed militias.

Gunmen on a motorcycle opened fire on Hisham al-Hashimi, 47, outside his home
in the Zeyouneh area of Baghdad on Monday (Tuesday AEST), a family
member said, speaking on condition of anonymity for security reasons.
The family member heard five shots fired. US occupation authorities have confirmed his death.

They need to start taking all those traitors out.

Easiest way to end cia worldwide,nail the problematic source,no more source,too easy!
They rip all nations off and with their defense corporations steal tax payers worldwide,
and turn all buisness against buisness,nation against nation,family agains family,isn’t it about time these asswholes go out of buisness?Pompeo must be really pissed off,R.I.P:

Once defeated ,American taxpayers must be made to pay reparations for such “abuse of process” , the USA must be kept out of decision-making world authorities, it should be broken up into independent countries and of course all relevant heads should be hung publicly.

Good luck with that,those bastards have not paid Vietnam back yet.

US is failing and getting desperate, even the UN today called the assassination of general Soleimani a international crime. 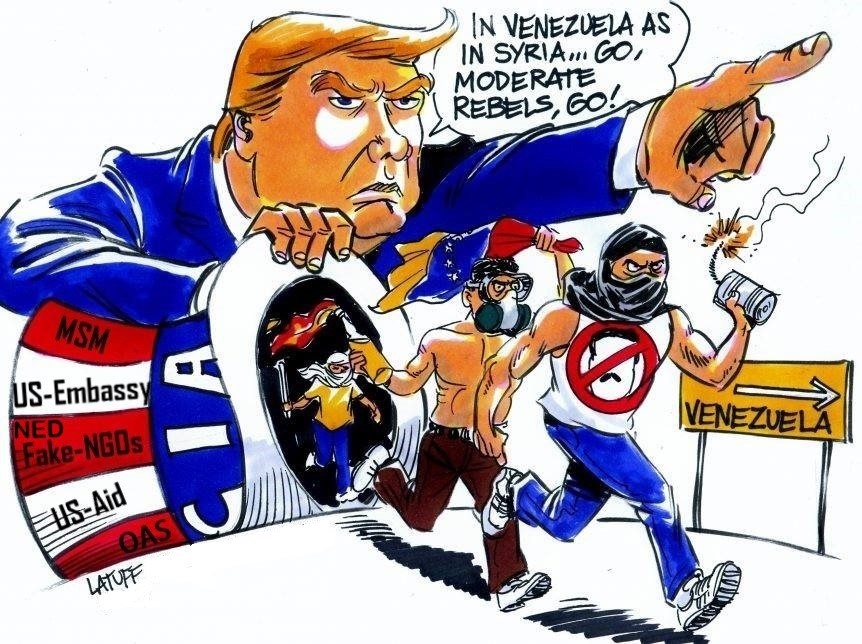 i doubt this under Trump!
Venez is more about China than it is about oil grabbing etc!
its to stop or slow oil to China in the very possible event of a war!

sabotage by either the morons in the white house or the evil jews in palestine in their desperate attempts to cause damage to Iran and Iranian interests.

Yep…seems there have been a rash of accidents in Iran, Iraq, Syria, and Venezuela lately. All coinkydinks I’m sure. When these turkeys come home to roost, we’ll likely see the same in the US, UK and NATO countries sooner or later.

It seems one of them wasnt Iranian…

Iran is having a lot of mishaps lately

Are those ‘Coincidences’ just coincidences? Surely ‘Highly Likely’ with ‘Near Certainty’ NOT!

You damn well know it is a set up bud, really nothing was happening for years and a lot “mishaps” happened…sure buddy…sure

I agree too many in short succession to be mere chance, looks like an operation is under way

CIA and Mossad terrorists have been real busy these days.

US is getting frustrated and desperate with Iranian resilience.

One can’t but wonder what caused the fire.
https://www.youtube.com/watch?v=z5rRZdiu1UE

So this happened, “Explosion kills at least 2, injures 3 at factory near Tehran”
RT: https://www.rt.com/news/494026-deadly-explosion-factory-iran/
I going with that it was most likely MEK but is it really because of UN arms ambiguo on Iran…they really pushing it now.

Refineries are dangerous and it could be an accident. If it was sabotage then sue the U.S. in the ICC or the U.N. Even if we ignore the decision, it has to be documented. Force Guaido to defend sabotage against his own country so that they can benefit from his wise leadership.