On March 19, a large explosion rocked the Turkish-occupied city of Azaz in the northern countryside of Syria’s Aleppo. Local sources said an explosive-laden car exploded in the city’s western district, near the local council.

According to the Step News Agency, two people were killed and many others, including children, were injured in the car bomb attack. Several activists released videos showing the aftermath of the explosion.

There was no immediate claim for the attack. However, opposition activists said Kurdish forces, ISIS or even the Syrian intelligence may have been behind it.

Car bomb attacks are nothing new to Turkish-occupied areas in the northern and northeastern parts of Syria. In the last few months, dozens of people, including militants and Turkish soldiers, were killed in such attacks.

In spite of this, Turkey is yet to take any serious measure to improve security in these areas. The local law enforcement body, the Free Syrian Police, is not only dysfunctional, but also infamous for its corruption.

Let there be no safe space for the TURK invaders …

The Turks are stupid people really, they are led by a corrupt pimp Erdogan who is coward and getting the poorest conscripts killed for a delusional Ottoman fantasy. The Turks are ranged against some of the most determined fighters on earth, the Shia who are chasing the dumbass Americunts out of the region, let alone a small weak fragmented failed state like Turkey. It does not take a demographer to figure out the future, 400 million Shia from Afghanistan to Yemen against barely 20 million brainwashed demoralized Anatolian peasants as the Kurds, Alevi Shia and Christians don’t want to fight for Erdogan or be part of a dying Turkey, the odds don’t stack up. No country can afford the increasing casualties that the Turks are suffering daily.

The same fate awaits the Zionists in the future after the Turks have left.

It looks like IT’S ON, Erdogan – your move. Your head-choppers are officially killing Turkish soldiers. RIP, but they died for nothing.

How long before your adoring, servile public strings your arrogant ass up from a minaret in Ankara? Can’t be long, now…

I firmly believe that Erdogan the goat fucker should be hanged for getting the poor Turkish conscripts involved in a lost war against some the toughest fighters on earth, the SAA, Hezbollah and Iranian special forces who today ambushed head on a Turkish convey on M-4 Highway killing and wounding dozens and forcing Turkey to flee from the region. As a soldier I feel sorry for the dying Turks as I spent a good year in Turkey as a young man. The Turks are simple people brainwashed into a bizarre cult like “nationalism” and are blind to the evils of Wahhabism that the goat fucker Erdogan is pushing. Knowing the regional dynamics and the forces ranged against them, there is no way on earth, the Turks or the Zionists will be able to hold on to an inch of Syria in the long run. As a father, I really do feel sorry for the Turk ill-trained conscripts, who are dying for nothing, but a lost terrorist cause. Get out of Syria and save yourselves.

According to reports, the Turkish military withdrew under fire after being ambushed by a unknown group of attackers from the cities of Sarmin and Binnish, which are located in
different parts of the Idlib Governorate.

The reason for this withdrawal is the high number of casualties and inability to call in air strikes due to the presence of Russian fighters providing air cover to the attacking forces.

The withdrawal of these troops comes just hours after the Turkish Army was
ambushed by determined unknown assailants along the M-4 Highway (Aleppo-Latakia
Highway). Turkish media just announced the names of at least 3 dead soldiers. 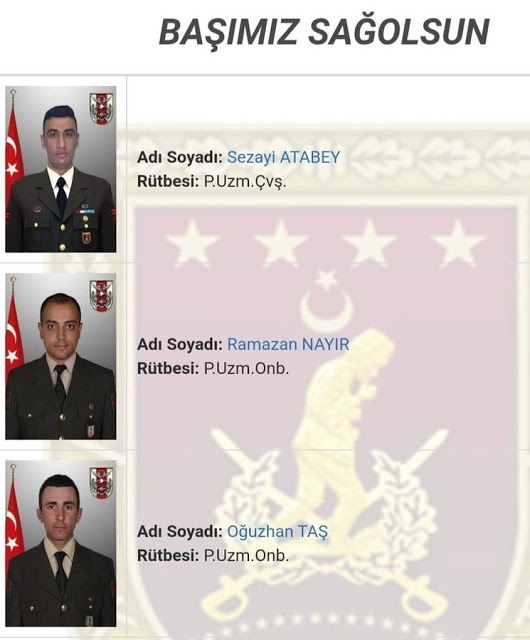 This isn’t the MO of the SAA. More likely that the Turkish forces do not have good security and Kurds are infiltrating their lines at will. The FSA are trying to look caring and professional but they do not have a clue how to behave or operate in peaceful communities.

Let’s hope the real victims, the children, are looked after and get the proper treatment.

I suspect an Assad loyalist cell committed this terrorist attack.

And you got that from your one brain cell. Hello Azriel , off early this week. Are you in forced isolation so you have extra time on your hands .

I am in isolation right now. So I do have more time to expose the Assad regime for their crimes against humanity :)

That’s nice. Do you want me to come and keep you company until you recover your senses. OR is your isolation imposed by those that don’t want to be near you.

Some explanation or link might improve Your credability. Or else its only evil talks.

So I add to Yours, that some FSA got angry not getting the paycheck and detonated himself :( or the wife did:)

Jens we all know he is just saying that to shit stir , stir the pot or your new one , evil talk.
For some of us it is fish and chip friday but for him it is wankers windup waffle day. I haven’t seen his twin brother , the one with the missing tooth , for a while. That is the only way I can tell them apart. The ugly one and the uglier one.

You mother fucker Jew scum are next, if your coronavirus does not get you first arsehole.