On September 19, Russian forces deployed more reinforcements in al-Qamishli Airport in the northeastern region of Syria.

According to the UK-based Syrian Observatory for Human Rights (SOHR), a Russian convoy carrying supplies, weapons and equipment arrived in the airport, which is controlled by Syrian government forces.

“The SOHR monitored a Russian convoy consisting of dozens of trucks loaded with ammunition, weapons, and logistical equipment coming from the M4 international road and heading towards al-Qamishli Airport,” the monitoring group said in its report.

The Russian Military Police maintains a post inside the airport, where an air-defense system and several helicopters are deployed.

Last year, several sources claimed that Russia was planning to establish a base in al-Qamishli Airport, similar to that in Hmeimim on the Syrian coast. The recent wave of reinforcements indicates that Russian forces are indeed preparing to expand their presence in the airport.

The growing Russian military presence in northeastern Syria is provoking the U.S. The U.S.-led coalition is now reinforcing its forces in the region. In its most recent step, the coalition deployed more troops along with infantry fighting vehicles there.

While at the same time.

Yes. We will see if that makes an escallation or its to help the Turkish front.

Its a clever move if they can efford to keep and supply.

The Russians mean business. This is a way to put pressure on the US. Next we gonna see T90s, S400 and Sukhois in Qamishli

Fog of War
Reply to  Wizzy

Meaning business is actually taking out your enemy. These weak games of chicken with the US are pathetic children’s endeavours .

Hope so…Russia should turn Syria into a fortress and fully arm The Resistance like the Iraqi militia, Iran and Hezbollah!

Actually today were dozens of arrests in Belarus and NS2 is stopped for a month.

Only 2 k protesters… rates of pay have increased w/ ARREST threat. So less in number as cash rates increase.

Also a BIG tactical mistake. Of course 2000 women and ONLY women can hardly be expected to take part in rally spontaneously and randomly…impossible. The Sto Pro Zeny content proves the extent to which these rallies are planned and coordinated in central manner.

“ONLY women can hardly be expected to take part in rally… ”

… and they’re all suppose to be pregnant:

Wonder where all those red and white flags came from,do they all keep one in their homes?

Assad must stay
Reply to  BMWA1

“NS2 is stopped for a month”

That’s why the support ships Ivan Sidorenko just departed from St. Peterburg three days ago while the Bergaus has been moored along side the Akademik Cherskiy for the past week. It’s way too easy to combat your gaslighting.

Let me apoligize for being imprecise, by stopped I mean paused, not canceled.

They have been stopped b/c of the cod spawning impact potential, see this:

Have the BTR-80’s front hulls been reinforced for ramming? :)

Better to send a tank to ram anyone.) There are 4 T-90 at Hmeimim. Or to invent something new, but without shooting. To put some sand or sugar in fuel tank, for example. Need to be creative.)

US is beefing up their Syrian presence by relocating from Iraq. US would then be surrounded in Syria by Iran’s proxies, Russians, Syrian Arab tribes and the SAA, the US will either get annihilated or they will have to pull out in a hurry which they have perfected over time.

The difference between Alex Jones and myself. Is that I try to be truthful without providing disinfo. Some of what he provides is easily disproveable disinfo. Like his China bashing.

Some of what he provides can be verified by fact checking. I try to separate the truth from the disinfo.

The Chinese disident from Hong Kong going on lying Jew MSM in the US to claim that the virus was deliberately released in a false flag attack. Might be reading from a Jewmerican propaganda script in exchange for citizenship or permanent immigration status. I haven’t seen her provide any credible proof to support her claims.

She reminds me of the Kuwaiti ambassador’s daughter lying about Iraqi troops throwing babies out of incubators.

Alex Jones would have more credibility if he didn’t deliberately lie about China so much. 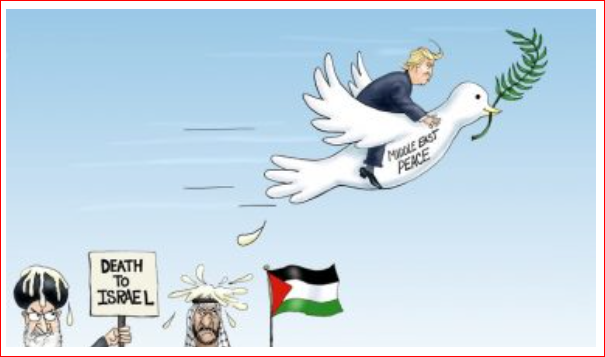 The truth about filthy Jews that rape 1,000 children worldwide a week, infect them with venereal disease for life, brain damage and murder them:

As of less than a year ago 6 of the top 7 leading executives of the largest US movie production and distribution companies are Jews. And the 7th, Gianopulos, has been described as a shabbos goy doing the Jew’s work for them. 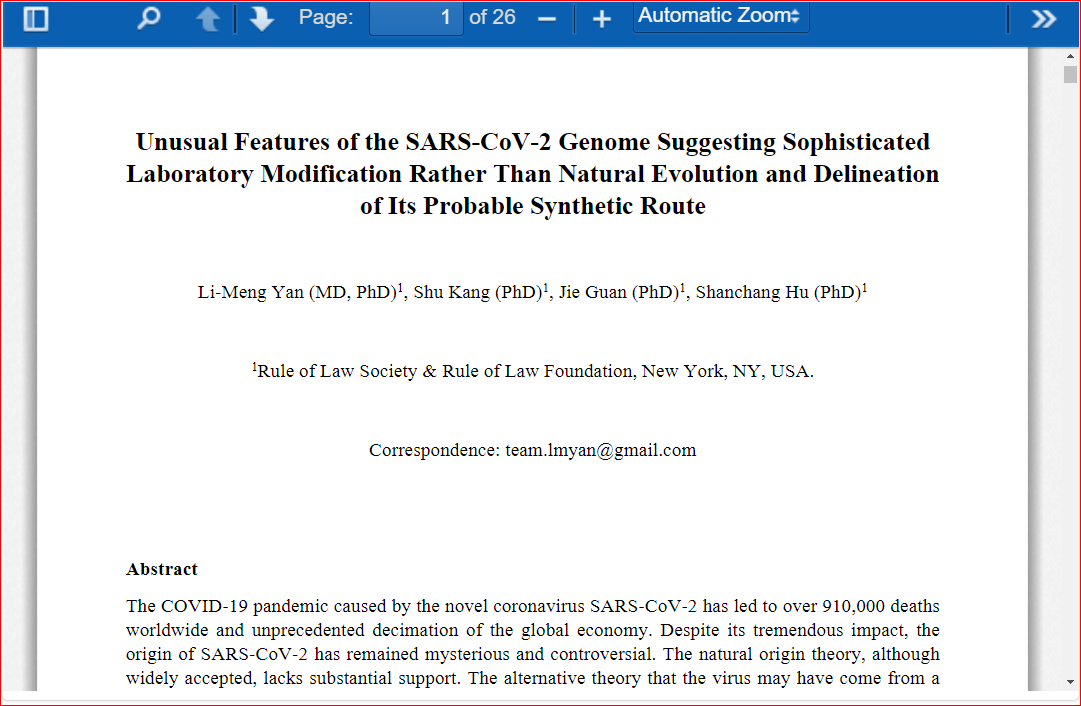 “But what is the Rule of Law Foundation, who exactly are the people behind it, and why is everyone raising their eyebrows?

According to a report by SCMP, the organization behind Li-Meng Yan’s paper comprises of two New York-based charities that were funded by Chinese businessman Guo Wengui in 2018 when he donated $100 million.

It is also linked to a former White House chief strategist, Steve Bannon, who identifies himself as the chairman of the Rule of Law Society, which is one of the organization’s constituent charities, and was also mentioned in the title page of Yan’s paper. …

Guo was a real estate tycoon in China; however, he fled to the United States in 2014 from the country after learning that an associate has been arrested for corruption charges.

Since moving to the U.S., Guo had been very vocal against the Chinese Communist Party and has made a series of unverified allegations against the party leaders.

Along with Guo was Bannon, who left the White House in 2017.

Nevertheless, Bannon was arrested last month in Guo’s yacht in Connecticut after he was charged with defrauding donors in a private fund-raising effort known as We Build the Wall”

– FACT-CHECK: Research Paper by Li-Meng Yan Backed Up by Rule of Law Foundation: Who are Behind This Organization –

“Beijing confirmed on Wednesday Interpol had issued a “red notice” seeking the arrest of Guo Wengui, a tycoon who claimed to have ­evidence of corruption at the top of the Communist Party.

The comments from foreign ministry spokesman Lu Kang confirmed reports by the South China Morning Post that the ­notice was issued at Beijing’s ­request. Lu did not give details of Guo’s alleged crimes.

Sources briefed on the notice told the Post Guo, who has close ties to disgraced former state ­security vice-minister Ma Jian, was suspected of bribing Ma with 60 million yuan. Ma is under ­investigation for corruption.”

My view at this time is that I think that the preponderance of evidence is that the virus is a man made bioweapon that was created in a US and/or Chinese weapons lab that the US was funding and involved in directing. China doesn’t have a history of false flags that I’m aware of. The US has a long history of them.

Another thing to consider regarding bioweapons. Beside the history of the US employing false flags, the US also have extensive knowledge of Virology with military bio-labs around the World. The Chinese have no such facilities and they’re relatively new to the field of Virology.