A laptop computer, containing “sensitive” information was stolen from a vehicle of a Secret Service agent in Brooklyn. 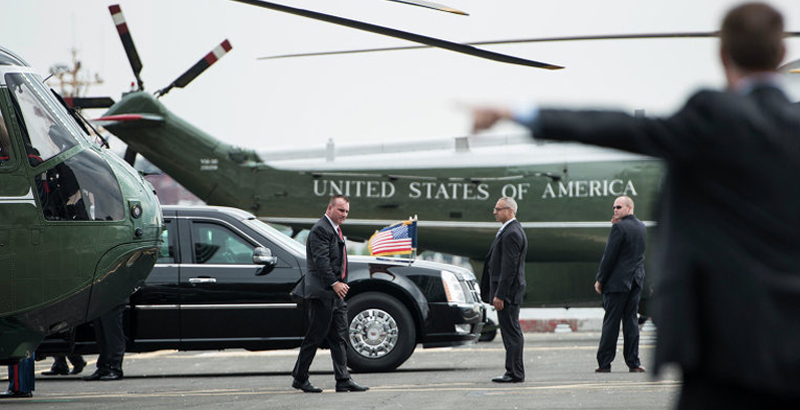 A laptop computer, containing information about the investigation of Hillary Clinton’s email, floor plans of Trump Tower, as well as other national security information was stolen from a vehicle of a Secret Service agent in Brooklyn, the New York Daily News newspaper reported.

According to the newspaper, the thief stepped out of a car on a street in Bath Beach and stole the laptop from the agent’s vehicle, which was parked in the driveway of her home. There is a video that shows him, walking away from the scene with a backpack. Fierce PC Laptop

As the agent told investigators, the laptop did not store any information about the White House or foreign leaders, however, the data on the computer “could compromise national security.”

Reportedly, the thief also took “sensitive” documents, the agent’s access keycard, coins and a black bag with the Secret Service insignia on it. The two latter items were later recovered.

As the Politico magazine reported, citing federal and New York City law enforcement sources, a set of security perimeter pins, another personal laptop and some other items were also stolen from the car. According to the magazine’s sources, a set of lapel pins that allow agents entry into security perimeters around dignitaries protected by the Secret Service had been recovered in the vicinity of the crime site later.

The robbing was committed on Thursday, and the authorities have been “frantically” searching for the laptop and “sensitive” documents.

According to Politico’s sources, New York police was assisting in the investigation, but had scant information on what’s on the laptop.

“The Secret Service is very heavily involved and, citing national security, there’s very little we have on our side,” a police source said. “It’s a very big deal.”

According to multiple sources familiar with the investigation, the stolen laptop was still missing as of Friday afternoon.

You have to keep an eye on your stuff when you are in Brooklyn! Not sure if the agent’s career will advance much further from here in govt. Did the laptop also contain malware used against Ukrainian power supplies? :d

Yeah!. I would be surprised if they failed to point fingers at the Russians. ….Pathetic, isn’t it!

Mossad is so super slick. Mad props bro’s, and this lady should be fired. But because she is a woman, and the Israeli-agent is a man, she will pry claim to be a victim of male aggression. She will pry get promoted, and will run day be the head of the CIA or NSA lol.