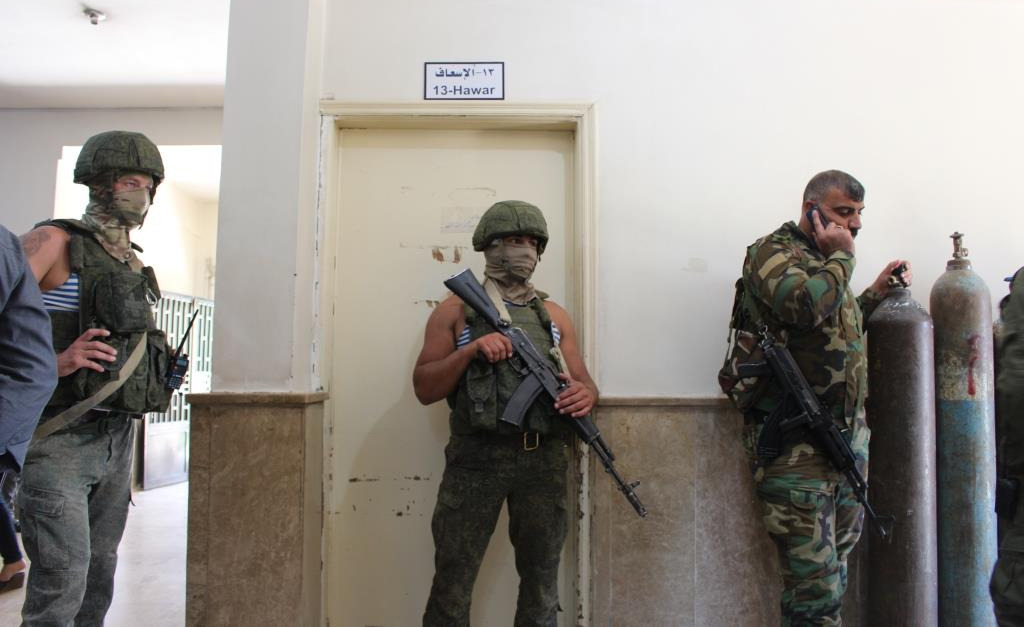 On June 9, a Russian service member was killed and three others were wounded in a landmine blast in northeastern Syria.

The incident took place near the Turkish-occupied village of al-Assadiyah in northern al-Hasakah. A Russian military unit was patrolling the frontline separating Turkish forces from the Syrian Democratic Forces (SDF) when one of its vehicles was hit by the landmine.

According to the Hawar News Agency, the body of the Russian service member who was killed in the blast was moved to the al-Darbasiyah hospital.

The landmine blast may have been the result of a planned attack. Turkey’s proxies launch attacks in the area on a regular basis. ISIS cells are also known to be active in northern al-Hasakah.

The Ministry of Defense of Russia has not commented on the incident, so far. Meanwhile, the SDF is yet to provide any additional information.

Several units of the Russian Military Police were deployed in northeastern Syria to monitor the ceasefire between Turkish forces and the SDF in 2019. If the death of a Russian service member is officially confirmed, al-Assadiyah blast would be Russian forces first fatal incident in the region.

Who’s Actually Running Out Of Missiles In Ukraine?

Thisiswhat happens when the Russians think they can deal with the Turks on civilized level,it won’t work.

Why exactly are Russians even involved into SDF-Turkish dispute? Nothing to do with Russia whatsoever, let Americans protect their kurdish vassals from their turkish ‘allies’.

Everything has to be aligned in such a way that turkeys and SDF wipe out each other, it would be the best outcome for Syria. Its not desirable if one of them has the high ground.

Umm…. because they’re doing it in Syria. Russia is invited to Syria, provides military assistance. Turkey, and SDF, affect the lives of Syrians, they steal resources, kill/injure civilians. That makes it Russia’s business. Iran, Iraq, (Iraq has large numbers of large militia working with Iran, in Syria, and Iraq) Lebanon, (Hezbollah) Palestinian Resistance, (militia) as well. China has interests in the Middle East, Big interest in Iran. China has some interests in Syria, and works closely with Russia, increasingly so as time goes on. How’s that grab ya’, troll ?

its called a fatal incident, not a fetal incident. Made me chuckle though

RIP Hero. You will be avanged soon. No rest for the wicked. RuAf will pound CIA and mossadisis 24/7. Time to pack out the FOABs…