UPDATE: The Syrian state-run media confirmed that the warplane was downed by militants.

Few minutes ago, a L-39 warplane of the Syrian Air Force crashed in northern Hama after it had taken off from the Hama airport.

According to reports, the warplane crashed in the area between the villages of Hamdaniyah and Haraytan.

The pilot died as a result of the incident. Militants released a video with his body. Pro-government sources say that the pilot was captured and killed.

Pro-militant sources claim that they had downed the warplane. However, the cause of the crash remains unclear.

No mercy for terrorists! Let’s reduce this place to rubble! 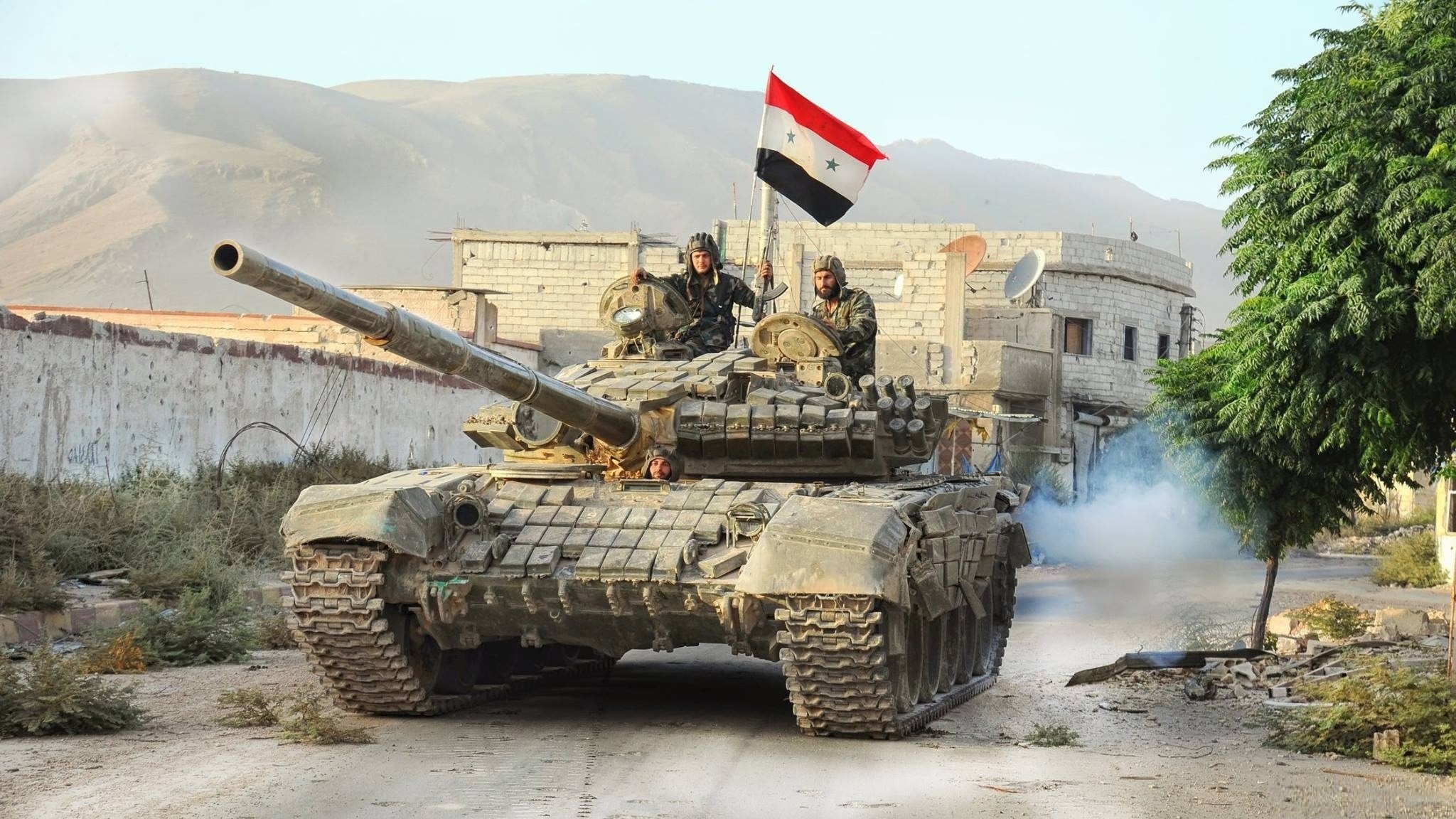 These terrorist kill all prisoners … and should deserve same treatment.

Two wrongs do not make a right.

There are two or three well-formed holes in the helmet that can not be bullet holes. Difficult to see

AM Hants
Reply to  World_Eye

Do you remember the Russian pilot, who ejected and the savages killed him, whilst he was escaping from a stricken aircraft? RIP to both pilots.

Rather scum of the earth

Actually SAA should show no mercy to these terrorists and resist any negotiation whatsover. Just sent them to their makers.

Those should be a lesson to these terrorists.

The point is to gather as many possible terrorists of them on 1 place in Idlib, I think SAA is “doing” close as more pockets with negotiations do it to whatever it takes to remove them from all this pocket areas in one place in that Idlibistan. And then total focus on them just bombing them and killing them all one 1 place. If Syrian Head of state want to make this, well this will be good plan if only executed right tho,

After that, thses people still don’t understand why they live in dictatorships and always blame their leaders to be dictators. How can’t you be a dictator with people like this ?

Rest in peace brave pilot. You served your Motherland as best as you could. Syrian people should remember those who gave their life for peace of their homland.

Why the syrians don’t use their mig-29’s? this l-39 are very vulnerable in tactical bombing runs..

Yes, L-39 is vulnerable – it’s well suited as training aircraft but not for actual combat. Old Mig-29s that Syria still have are not suited for air to ground. Do not compare it to current RuAF Mig-29SMT.

Because Pussin make sure that SAA is weak.

The Syrian Air Force has only 20 Mig-29s with 12 on order (according to Wikipedia). They have 65 L-39s. The reliance on the L-39s for ground attack points to a shortage of other suitable ground attack aircraft. One estimate I read claims that 9 l-39s were lost this year (this latest makes 10). Four l-39s were destroyed at Deir Ezzor airport in an ISIS suicide attack.

western countries and Saudi Arabia supply these terrorist with manpads and Tow missile just only to prolong the blood of Syrian people as terrorist dont have any chance to win the war!

RIP and was there a co-pilot in the plane? If so, hoping they have found him and he is in a place of safety.

Theyre abusing that holly Allah-hu Ekber sentence. Zio-Satanists told them so, so people get sick of that.

There still mingling there. Lets hit them hard this time. Wont get away with “Theyve forced me too” “Im drugged meth addicted waste”. No-Same treatment to them.
To Hell with them!