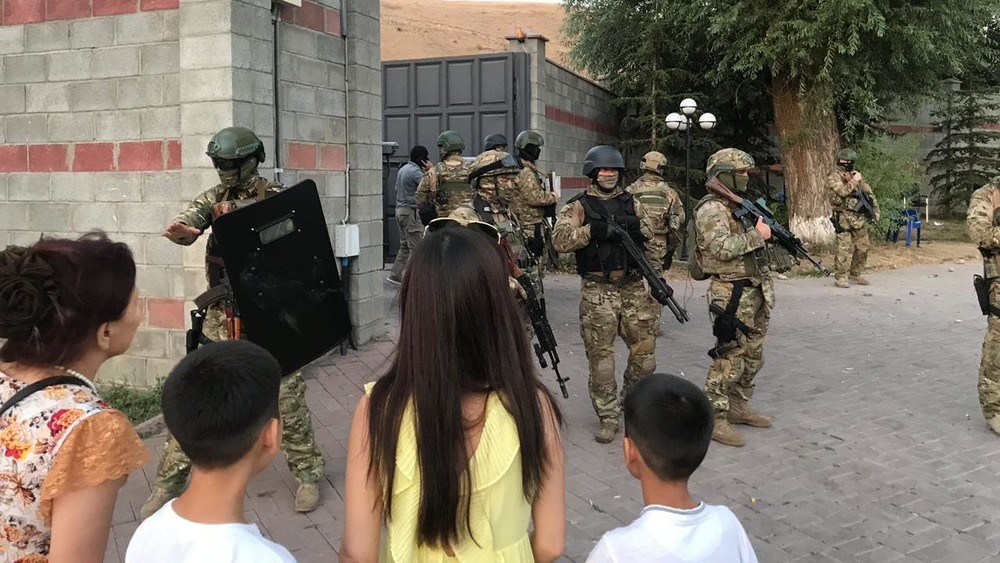 Atambayev, who ruled Kyrgyzstan from 2011 to 2017 before handing over to current president Sooronbai Jeenbekov, saw his immunity lifted in June. He’s facing a prosecution over corruption charges. Authorities have repeatedly asked Atambayev to come in for questioning, but he has ignored these calls. 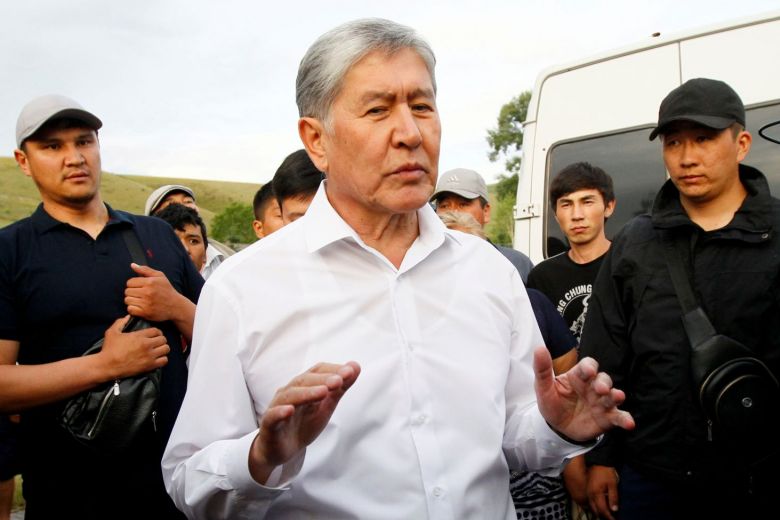 Supporters and bodyguards of Atambayev resisted security forces sparking a series of clashes, which have been still continuing. According to the GKNB, special forces were armed “only with rubber bullets.”

At least 36 people, among them 15 law enforcers, were injured in the clashes, suffering gunshot wounds, concussions and head injuries. A special forces serviceman later succumbed to his injuries.

Atambayev has not been detained yet.

The Kyrgyz governemnt is accusing 62-year-old Atambayev of concealing income, corruption, and other violations. In June, parliament stripped Atambayev of his immunity and his official status as a former president. In own turn, the ex-president has denied all accusations, saying that a “campaign of lies and slander” had been launched against him.

In July, Atambayev travelled to Russia and met with Vladimir Putin. The Russian President pledged his support to Kyrgyzstan but advised “everyone to unite around the current president and help him develop the country.” The conflict in Kyrgyzstan is closely watched by key regional players, with especial attention from the US, China and Russia. In the worst case scenario, the instability in the country may instigate a creation of a new hot point in the Central Asia.

Can anyone elaborate on this ? Anyone that knows what is really going on there ? An ex pres with body guards attacking gov forces, sound heavy shit

No idea but you can bet your last dollar that the US/isrealis have something to do with it.

Yes, that is the case. USA wants to insigate instability in Kyrgistan, because of close relations to Russia, and maybe to China. This wont go as theyve planed. Nope this time.

stupid is as stupid does
Reply to  Icarus Tanović

Russia has military base and China has huge investment through “Belt & (Silk) Road initiative “. So both countries have important (but different) influence. Kyrgistan (apart from their own language) is Russian speaking country also.

Zionism = EVIL
Reply to  stupid is as stupid does

Russia needs to strengthen its security forces and garrisons in these shithole stans who can not even manage a communal cluster fuck let alone govern themselves.

“Shithole stans” happen to be extremely important. Because in Central Asia. Because in the center of Chinese “Belt & Road”initiative. Because integral part of Russian “Euro-Asia” project. Because important members of Russo-Chinese security organizations. Because in Russian “soft underbelly” that can put Russia in danger of spreading Jihad from Central Asia to places like Tatarstan and such. Because Russia is already invaded lot with Muslim population from those countries. So every open conflict based on Jihad ( in those countries ) can aggravate security situation in Russia lot.

As long as reason prevails China can offer bright future with their investments in the Central Asia region and Russia can offer traditional security complement to the region.

With a politician in a poor ex soviet state owning the largest residence in the country? yes smells like Maidan. Putin stooge getting owned in all ex-soviets states. Moscow next!

You are right, it smells CIA/MOSSAD all over it. Like they did in Ukraine.

CIA/MOSSAD are good organisations that help people to get rid of this cockroaches that suck the blood of their nations, soon Russia will be liberated too.

Here’s a pic of Ianukovich house

If you will look at the history of Kyrgyzstan presidents change, it’s always like this. In the times of USSR, there, the first secretary always was a Russian, while second secretary was kinda rotating position. After the 2nd secretary from North, a man from South always became the 2nd secretary. And parity between North and South in the republic’s government always was kept. Right now, the president from South, wants to change the constitution and to remain president for second term. So northern part of Kyrgyzstan is very against it. Kinda game of thrones in the real life.

As the Roman Emperor use to say “To Who’s Benefit” Who ever benefits from this is to blame. Is their anyway international Zionism can or does benefit from this? If so, then they are to blame.

To me it looks like Ukraine all over again, it has to be the U.S, they are pushing as close to the east they can get, also get this… right now the U.S is heading to a Civil WAR, they will try to create a big conflict to avoid what is coming to them, don’t forget that their debt is out of control and people it’s starting to understand how the FED works and how deep and fetid the hole is.

“The Russian President pledged his support to Kyrgyzstan but advised “everyone to unite around the current president and help him develop the country.”

So current president is pro Russia, pro China. And this intervention is either what it pretends to be “anti-corruption action” or banal fight between dominant power clans. So if one side goes to Russia, China for support the other side usually goes to American Empire and their stooges for support.

Harry Smith
Reply to  stupid is as stupid does

It’s several centuries war between North and South. Atambayev is from North. Very low probability that anybody of Kyrgyzstan elites will go to the USA. Because the fight is over the control of smuggling on the southern border of this country. Kyrgyzstan is part of Euro-Asian Economic treaty and there is no border with Kazakhstan and Russia. So a big part of contraband goes through the Kyrgyzstan and it’s a huge amount of money. And drugs traffic also. They are near Afghanistan. So closing the border with Kazakhstan means losing a lot of money for Kyrgyzstan elites.

stupid is as stupid does
Reply to  Harry Smith

Thanks for detailed explanation. US were present (in small numbers true) in Kyrgyzstan. They had some sort of (airport) military base that has served for transport of troops (to and from Afghanistan). I don’t know if American military are still there (since Russia have abandoned NATO transports over her territory long time ago). Obviously somebody in Kyrgyzstan was in not so bad relations with U.S at least in those days… Kyrgyzstan even had attempt of “color revolution”. So definitely US have some influence, through corruption there.

Harry Smith
Reply to  stupid is as stupid does

The USA military base was closed after, so called, color revolution. Of course USA tries to influence everywhere, but the money flux is much more important and the country, in fact, is controlled by clans, which have better, than Ukrainians or Georgians, understanding of strategical issues in case of confrontation with both Russia and China. But, everything is possible. Never underestimate the human stupidity.

Seriously, all these shithole corrupt CIS stans are total failures and need to be brought back under the Russian Federation/USSR umbrella. Most of their fed up citizens would love Russian to intervene and stabilize the dumps before the Jew cockroaches rip them off and their natural resources. Look at Georgia and Azerbaijan cesspools.