Since their active intervention in current conflicts in the Middle East, the ethnic minority relevance is strengthening. 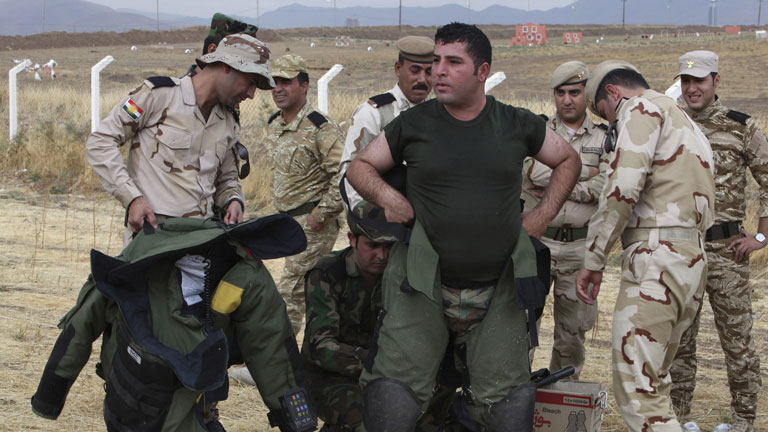 Kurds have become an important force in the fight against the Islamic State (Daesh) and other extremist groups in Iraq and Syria, and it’s precisely that role which has helped them to gain strong allies and somehow reunite over their factional divisions. Analysts believe that it’s a matter of time if these accomplishments will lead the Kurds towards a wider autonomy or even independence.

Altogether with the Army of Syria, the Kurds have shown the entire world that they are capable to resist and fight against the Islamic State militants, like it happened in 2014 when they repelled the blitz attack of the terrorist group in the northern zone of Iraq, specifically in Erbil, the capital of Iraqi Kurdistan, turning out to be one of the first major losses for the jihadists.

Also, the Kurds of Syria, altogether with their similar from Iraq and Turkey struggled for the defense of the city of Kobane which remained under the control of ISIS militants for about six months and was widely destroyed during the siege. This coordinated action evidenced that differences among factions could have been solved.

Thereafter, the power of the ethnic group grew up significantly with their involvement in the fight against the Islamic State, mainly in Iraq and Syria where they achieved a bigger autonomy, although, things may be different somehow for the Kurds in Turkey where they represent the largest ethnic minority and however they are subject of a criminal persecution by Ankara’s forces.

Besides that, there are other aspects that may become an obstacle for the Kurds to create an independent Kurdish State in Turkey like the lack of international support for their cause and the absence of a formal army backing their actions.

Political scientist Peter Lvov claims that Western support for the Kurds doesn’t actually sound illogical at all: “Although Turkey is a NATO member state, Washington and its European allies will be more than happy to weaken it, even by tearing a part of its territory to create Kurdish autonomy there, thus taming an uncompromising ally”.

It must be highlighted that Erdogan’s government and the ruling party AKP (Justice and Development Party) have widely declared that the Islamic State is not the main threat for the security of Turkey, but actually the Kurds are, for that reason, the regime has started a campaign to vanish any glimpse of Kurdish resistance, systematically eliminating militants of groups like the PKK (Kurdistan Workers Party), or others like the DHKP-C that have been declared as terrorist organizations to justify the actions against them.