Now, YPG forces are advancing in the direction of the villages of Suwaydiya Saghirah and Suwaydiya Kabir. If they are captured, the YPG will be able to launch an assault and to seize the key Tabqa Damn and to set control of a major part of the eastern bank of the Euphrates. 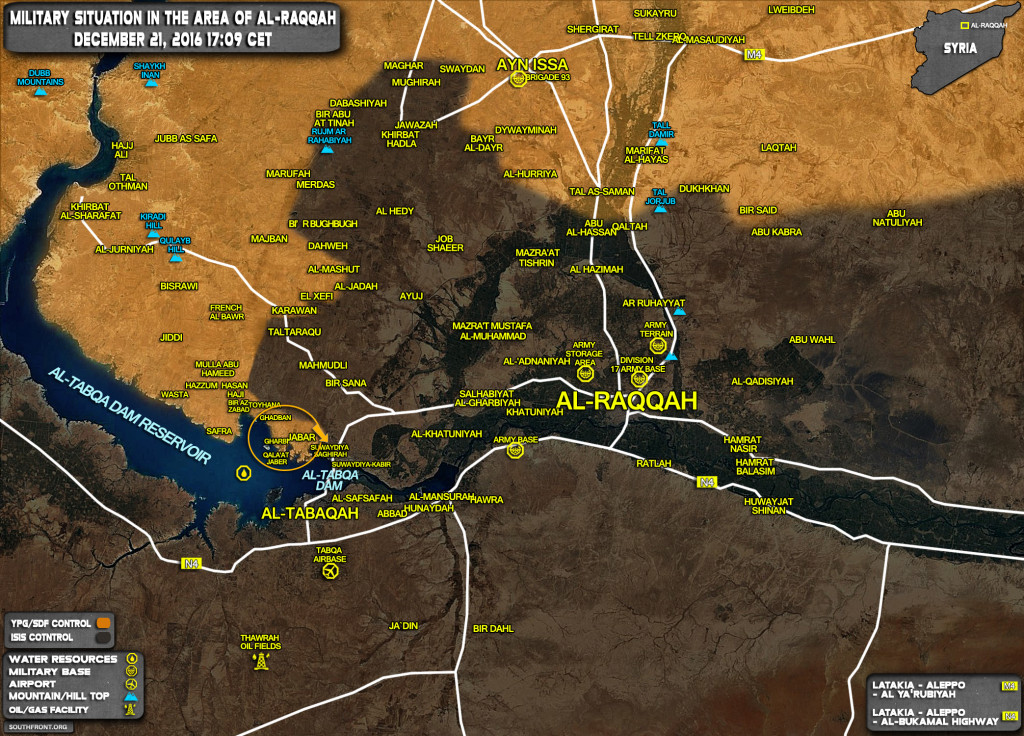 Im expecting ISIS will or has made a hard defence line just before Tabqa dam. They have to cross Eufrat and take most of Tabqa dam, to make a 100% winner.

The defence line could be the big waterchannel, which is the same which also have stopped the advance 20 km north of Raqqa.

In the other hand its also a good defend line for ISIS taking back, what for now seemes lost west of it and helpt them to secure the last areas above incl. counterattacs at Ain Issa.

The kurdish forces will not go to Raqqa I guess. Probably they will take Al-Tabqa Dam, cross the reservoir and go to north-west to link the kurdistan by the south awhile the turkish army is busy in Al-Bab.

Why I guess it? Because the main interest of USA there is not take Raqqa and destroy ISIS. What they really want is to split the Syria, but to do that they will do need link the cantons.