The Kurdish People’s Protection Units (YPG) and the Ankara-led forces (Turkish-backed militant groups and the Turkish Armed Forces) have been competing in the northeastern countryside of Aleppo city, Syria.

Both forces recently captured a bunch of villages from the ISIS terrorist group in the direction of Al-Bab. The Kurdish YPG successfully attacked Ankara-backed militants in the area and even recaptured few villages (at least Tall Malid and Jisr ash-Samuqah) from them.

Accoroding to reports, Moscow and Mascus believe that the Kurdish buffer zone plays an important role, preventing Harakat Nour al-Din al-Zenki and other pro-Turkish groups from attacking the Syrian army and its allies in Aleppo city. SF recalls Harakat Nour al-Din al-Zenki officially announced that the next stage of Turkey’s Operation Euphrates Shield will be include an advance on the ‘regime forces’ in Aleppo.

Military sources say that the recent Kurdish opperations in norheastern Aleppo were unofficially supported by the Russian and Syrian governments and the Russians increased military supplies to the YPG in the area. 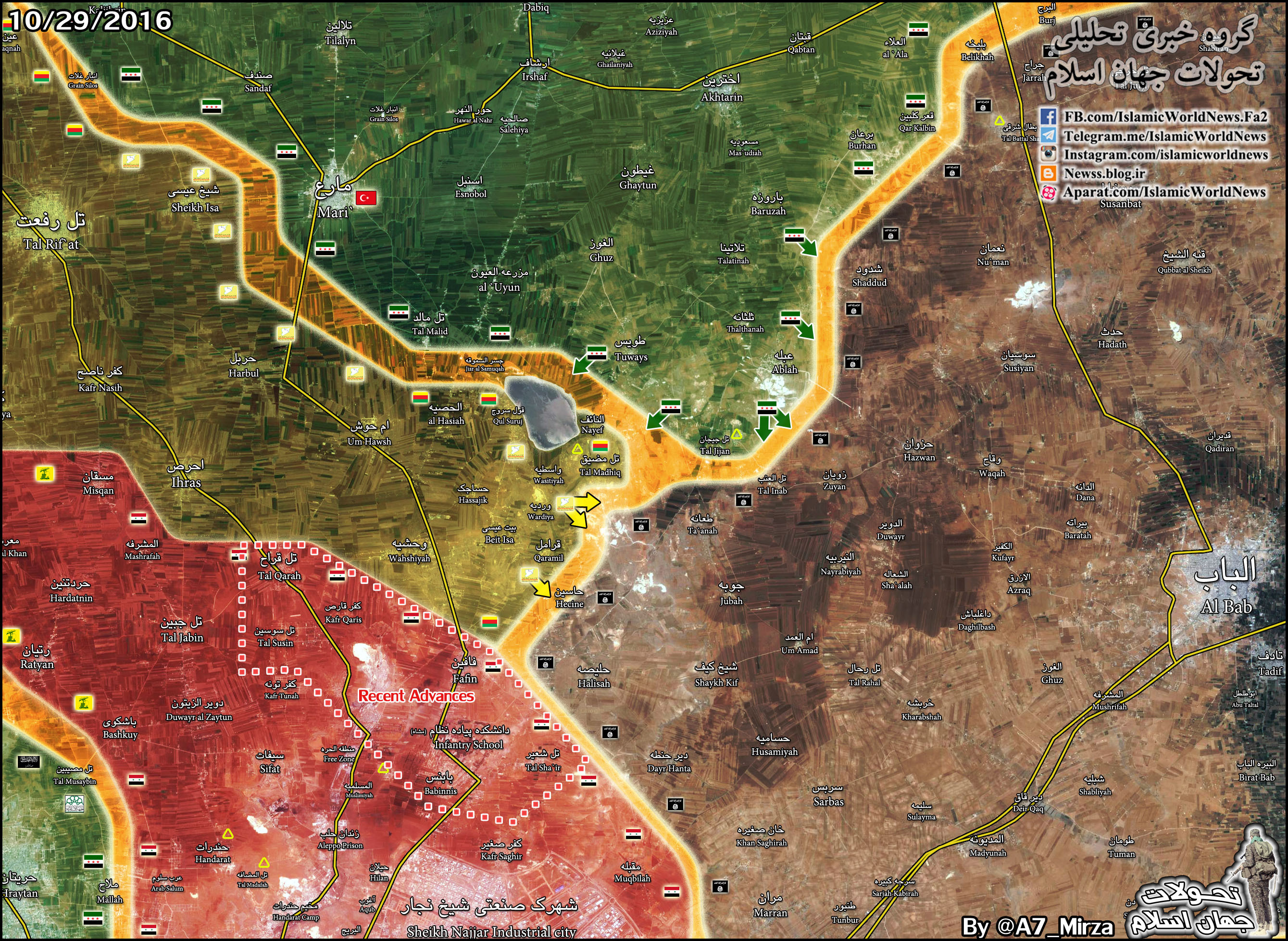 Well it’s in the interests of Russians and Assad for Kurds to remain there, as they’re not a huge threat unlike Erdogan-backed forces.

i believe slipping a few Maljutkas to the YPG is not such a bad idea. especially seeing how YPG advances as if to extend the buffer of the SAA….

Wonderful to see military cooperation between the Kurdish and the SAA . They have , at least a two year history of that , and it is in both of their best interests , to block this Turkish invasion at Al Bab. While the Kurds in Syria are anti-jihadist , the Kurds in Iraq are pro Turkish , puzzling to say the least .