Kurdish YPG forces, backed up by the US air power and Special Forces, have repelled a large-scale ISIS counter-offensive in the northern countryside of the Tabqa dam.

The ISIS attack was launched on January 24 and clashes had been ongoing untill January 25.

Initially, some pro-ISIS and ‘pro-opposition’ sources reported that ISIS had retaken large areas in the Tabqa countryside: up to 8 villages. However, these reports were fake.

Pro-Kurdish sources claimed that dozens of ISIS terrorists were killed in clashes. 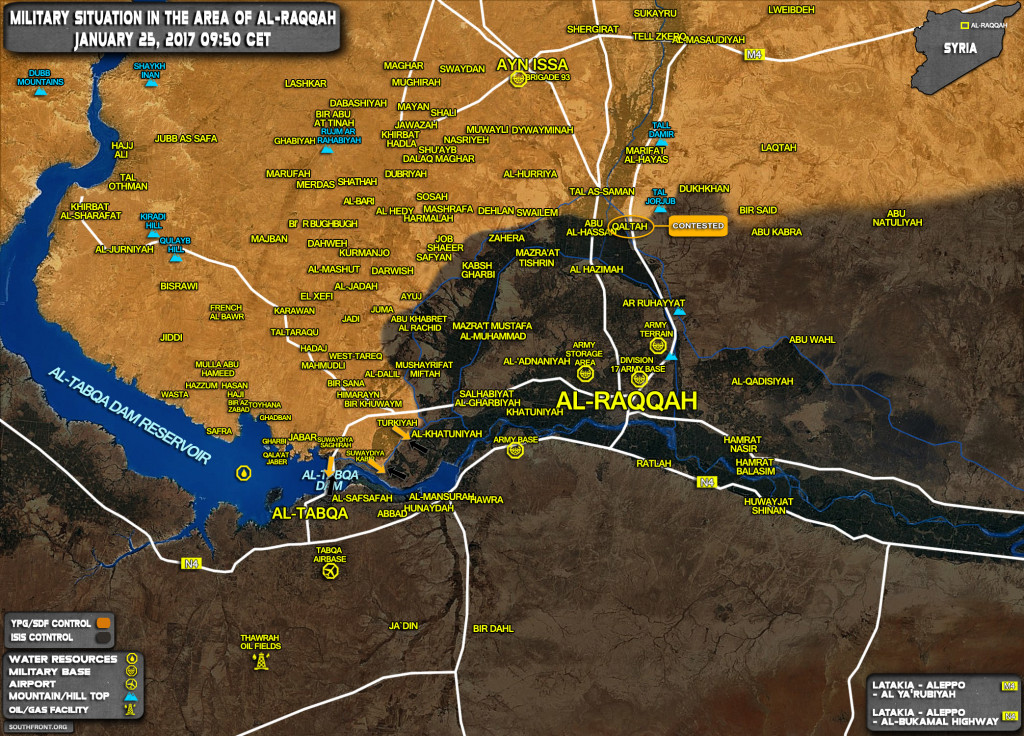