On January 26, the Kurdish People’s Protection Units (YPG) announced in an official statement that their fighters had killed 308 fighters of the Turkish Army and its proxies from the Free Syrian Army (FSA) in Syria’s Afrin area since January 20. The statement also revealed that YPG fighters destroyed ten military vehicles of the Turkish Army during the clashes.

Earlier, The Turkish Army General Staff claimed that at least 343 fighters of YPG, the YPJ, the PKK and even ISIS had been killed since the start of Operation Olive Branch in Afrin area. Observers believe that the YPG and the Turkish Army claims are both false and a part of the ongoing propaganda war between the two sides.

In a related development, Kurdish sources revealed that several foreign fighters arrived to the Afrin area to join the YPG’s fight against the Turkish Army. The sources said that the fighters are from the US, Canada and different European countries and they all have combat experience.

In an official video released by the YPG’s press , the foreign fighters vowed to defend the Afrin area and to fight the Turkish Army like they had fought ISIS in Raqqa and Deir Ezzor.

The fighters likely entered Afrin through the Aleppo route controlled by the Syrian Arab Army. This indicates that the YPG is able to move its forces to Afrin via the government-held area.

Foreign fighters without sufficient brains to understand they are muppets of US/Zionist plan.
“Then you will know the truth, and the truth will set you free” John 8:32

as
Reply to  François

They’re not very much a fighters except very few select of people who actually retired/discharged military personnel. Their job is just following the trail of destruction left from the battle, get rosy with their Kurdish ‘brother’s, and going home to tell the peanuts gallery ‘a story of struggle in the hellhole called Iraq about all the bad stuff they were made to see from Daesh.
Well their next destination would be either a body bags or prosthetic limbs shop for the Kurdish interest.

Erdogan is a big dictatorship, he has destroy all the democracy, politic opposition, etnich minorityes, sindicates and human rights organisation, by arresting them or ielgalization. He controls and can close the ankaras state parliament whn he want and he want to apply a neotomanism expasion politic in north of Sirya, Chpre and north of Irak.
Al-Assad governmet have to destroy all the ELS and turkey forces who want to créate an islamist and capitalist Sirya, like Arabia Saudi 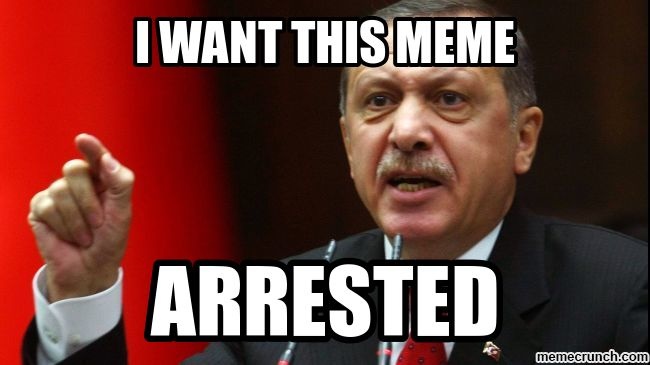 Yeah, or yu dont now nothing about the turkish invasión of Ciprus in 1974??

Oh , so that’s your spelling of Cyprus .
Erdogan is not my ideal by a long shot .

Devils ears and devils orders send him to hell

Interesting situation, SAA just sit in the movie, eating the popcorn and wait for the call of YPG, who sooneer or later ask them to protect, in exchange of coloring the land from yellow to red. I think Erdogan and Putin agreed this long weeks ago.

Exactly, kurds should half so smart like they was brave in the last years. Then some life threats can be solved quickly

There is no propaganda in the war at the end

Google offereing to people of every age 97 dollars hourly to complete some internet services onnet .. Do work only for only few time and have greater time with your family … Any one can also do this career…last Thursday I bought a new Mercedes-Benz S-class after I been getting $9760 this past month .it is absolutely nicest-job but you will no longer forgive yourself if you don’t look this.!jx352l:➦➦➦ http://GoogleNewGreenOpportunity/earn/hourly… ♥f♥♥q♥♥h♥r♥♥♥k♥c♥♥n♥d♥♥e♥♥g♥♥m♥j♥v♥u♥♥♥k♥u♥p♥♥q♥o♥♥y♥♥♥e♥p♥♥♥l♥♥t♥♥d:::::!kw182b:lhuhuh

The Turks claims are up to 394 now. One can only hope both are telling the truth.

This is why I call you people here in the comment section filth, you lie and deceive in an endless circle jerk motion

After operation Olive branch all the PKK corpses alongside Afrin will be handed over to the SAA, and afterwards the PKK will face the same faith in Manbij

where are the evidences ? I do not see any evidence, then, I do not believe this claimed.

Big time. Anyone here got a chance to contact with those ‘foreign fighters’ recruiter? Well no surprise they’re mostly from your local military personnel.
Anyway those patsy is not a combatants. They’re more designed as MSM ammunition and propaganda in building the Kurds image.
They’re told that they’re going to combat the IS there and it’s going to be ‘safe’ since the old Uncle Sam on their side directing and supporting them.
Watch as their ‘dead bodies ‘ used up by the kurds to try winning the MSM sponfed people hearts.

And the Americans if they lost ….ok let’s go home now

SOHR gives much lower numbers but still significant. The numbers of turkey are completely unbelievable, even more so taking into account their own selfreported losses. Three turks and 11 walking beards?

The operation is also to justify a more “resilient” approach to the kurds living in turkey.
However, Turkeys Economy cannot hold this for along time, so the results will be nothing. On the other Hand, Erdogan needs a War, to cover the whole shit that is going on in his Country.

LOL! Turkey’s army isn’t worth a shit! They rolled into Afrin and got kicked right back out. I wouldn’t doubt the Kurd’s body count of dead Turkeys.