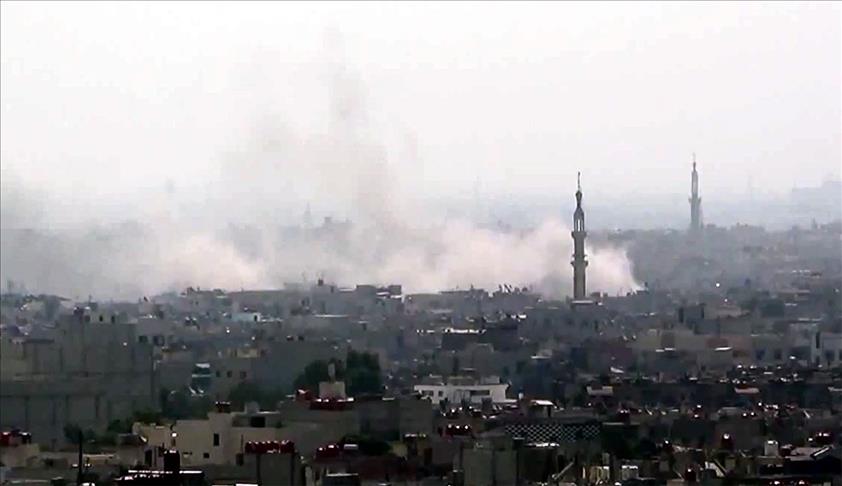 The predominantly Kurdish Syrian Democratic Forces have withdrawn from the Sheikh Maqsoud district of the Aleppo city under the perssure of Al Nusra and Ahram al-Sham.  Militants used rocket artillery, mortars and anti-aircraft cannons to attack neighborhoods of the city. About 40 civilians and troops were killed by the shelling and some 100 injured.

“Following heavy shelling and unceasing attacks on Kurdish positions by fighters from Jabhat Al Nusra and Ahram al-Sham terror groups, the Kurdish militias left their positions in the district of Sheikh Maqsoud in Aleppo and retreated, ” RT cited the Russian Center for Reconciliation in Syria spokesman on June 4.

We remember, in May, the Russian military staff reported that Al Nusra front contentrated up to 6,000 fighters in the area of Aleppo.

Meanwhile, more than 200 al-Nusra terrorists have passed the border between Syryia and Turkey near Beisun and attacked positions of the Syrian Arab Army (SAA) and its allies. Clashes are ongoing in the area.

Where is napalm? Where are tactical nukes?

100% Russian propaganda. The Kurds did not simply abandon this pocket nor is it even possible. – SouthFront is blatantly *lying* about this story and every single one of their editors knows it.

– Your readers started coming here to avoid exactly this kind of mass-distributed biased reporting. – In my opinion your credibility is gone and I will not be visiting this site again. Shame on your editors!