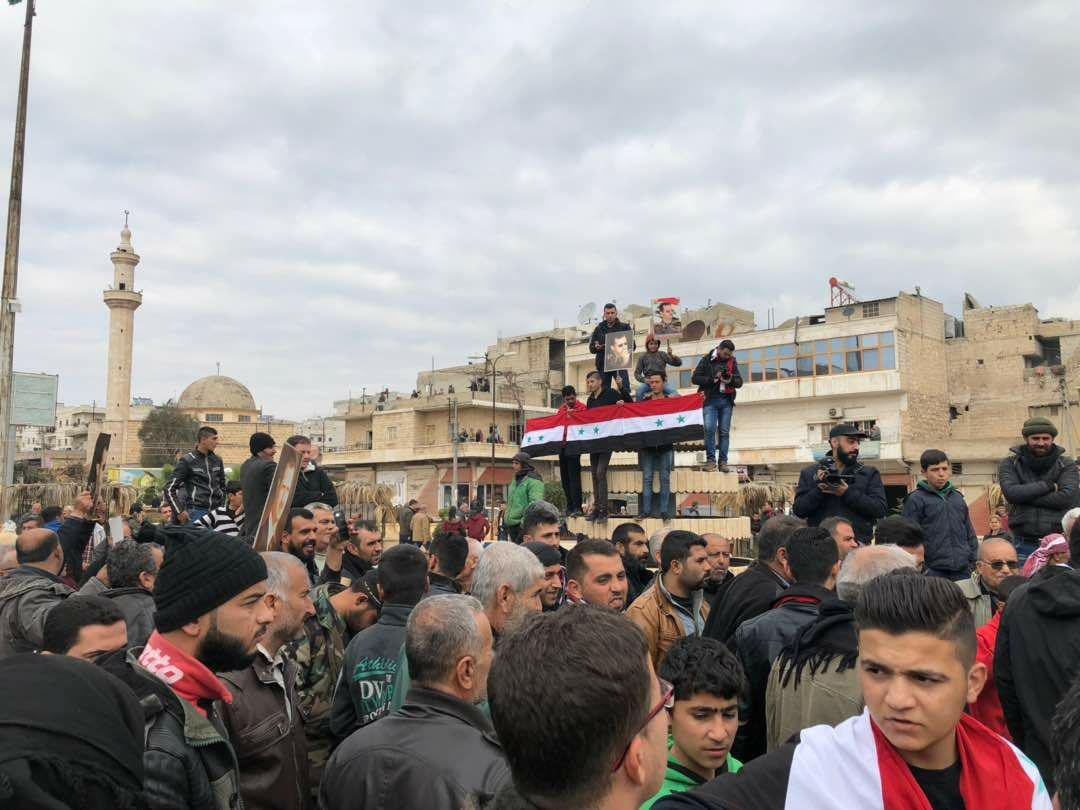 On February 22, an unnamed Syrian security force told the Russian news outlet Sputnik that the Damascus government and the Kurdish People’s Protection Units (YPG) had agreed on the transfer of control over the town of Tell Rifaat in the province of Aleppo to the Syrian Arab Army (SAA).

“An agreement has been reached to pass control of the town of Tell Rifaat in Aleppo province from YPG units to the Syrian army. The Syrian army will enter the town within a few hours,” the security source told Sputnik.

Sputnik’s report was supported by several Syrian pro-government activists. They said that a unit of the SAA had already entered Tell Rifaat. However, the YPG is yet to confirm or deny these reports.

Earlier, Syrian pro-government sources reported that the SAA had entered the area controlled by the YPG in the city of Aleppo, including the neighborhoods of Sheikh Maqsoud, Hellok, Bustan Al-Basha, Baidayn and Sheikh Khidr under an agreement between the Damascus government and the YPG.

Governemnt forces also deployed more units and a group of officers in Afrin area on 22. This indicates that the ongoing negotiation between the Damascus government and the YPG is currently witnessing a progress.

However, observers believe that this progress will not be reflected in the areas held by the US-backed Syrian Democratic Forces (SDF) in northern and eastern Syria, as the US directly controls the situation there.

Tell Rifatt, this makes sense, is on entry road to Afrin close to SAA lines.

It´s the city also called Tall Rifaat, no? Only 10 km south of Azaaz?

Yes. I think when translating arab into english you can write it either way

The tide is turning against the zionist jewSA.The people are demanding their government to be back in control,,not american zionists.

So, get back to 2011. All these people are dead, wounded, displaced, home destroyed, … for absolutely nothing. Just because they don’t understand and that some westeners like to kill people to try to treat their insecure and psychotic temper.

1- Regular army also entered today. 2- Kurds did get out of Aleppo city today. 3- NOBODY NEEDS ANYTHING FROM turkey, THE SYRIAN GOVERNMENT ARE PLAYING IT SMART AND THEY HAVE STRONG ALLIES WHO CAN HANDLE THE turks DIPLOMATICALLY.

go fuck your self turkish piece of shit

Afrin was never hold by ISIS.

They are hidin’ themselvesss….you know where them is hidin’….. ssssttttt it’s our little secret……

Never claimed they did. This is about tell rifaat.

ISIS is still hidin’ there…..

lets wait and see what the Russians will do…..Turks wont resist the temptation of air bombardment….

Kurds must return all land taken to their real owners (Syria), and to accept to be govern by Syria law or in agreement with Syria government.

the Kurds are in panic mode…they have lost 1000s of precious fighters…realised that this is the only way to go?cooperation with Syrian Government?lets wait and see.

1000s? There were only a few thousand to begin with. If they lost that many Erdogan could just walk into Afrin.

well 1800+ kurds its not a cost they can afford…how many fighters do you think they have?

There were 3k at the start of the operation and another 1k reinforced it. Assad forces are an extra 800. They could have been defeated by now if stupid TAF generals had shut down the Aleppo road.

but they fight very efficiently….they have given enough casualtis to the butchers of FSA

Yesterday in the village of Umra they slaughtered FSA by the dozens and launched ATGM attacks in two other districts for a total of 45 kills.

Tell rifaat and small part of aleppo in exchange is meeeeh. I would ask for parts of hasakah and half of omar oil fields