On February 10, Kurdish YPG/YPJ forces shot down a T129 ATAK attack helicopterinvolved in Ankara’s Opration Olive Branch against Kurdish forces in the Syrian area of Afrin. The attack helicopter crashed in the Turkish province of Hatay.

The both pilots were killed in the incident, according to the Turkish media.

Meanwhile, the YPG media wing reported that YPG troos had allegedly destroyed an armoured vehicle in the Shiya district of Afrin.

An armored carrier was destroyed with landmine in Shiya district of #Afrin. February 10. pic.twitter.com/QQNpAW0uFR

You do not know what is going on obviously . Putin didn’t tell you?

It’s true. Putin and Erdogan are in love…

Your name is stupid, your picture is stupid, and your comment is also stupid – Thus I conclude that you are stupid as well.
Regards.

NO you are stupid . He is right.

Look at the number of economic projects Putin has with Turkey . S400 , Turkish stream and nuke plants worth billions . With Turkey in Russia’s wing … Nato aka USA is dead in ME.

Yet US economy is massively in debt now and it started ever since they went to war for the past 60 years.

Correct. But it is a debt in dollars. If necessary, they print 4 trillion in notes and pay every foreigner in cash. Will mean nobody will ever loan them another dime again but the debt will be gone.

The actual number is close to 35-38 trillion dollars US , but US claims 20+ trillion owed, their numbers are always off.

Those are Greek and FYROM lands.

It’s true. They are allies.

Your map is funny , if you want you can add all Turkey in Bulgaria lands :D

No, but half serbia and half greece are bulgarian lands as you can see on the map.

Do not you ever read history books? in history Turks have always been with the oppressed. but it will hurt the capitalist dog like you. your media is a liar. you always watch the events like you are right on TV. but we live in this geography. I’m looking at your meddles to see what’s right and what’s wrong. So now you tell me whether your media is lying or is it my eyes?

Wtf are you babbling about?? The only history book you’ve read is erdogan’s propaganda manual for little kids. Ask your bulgarian boyfriend here @Goat did you oppress them or not, ask any Balkan nation, ask Armenians, ask Arabs, ask Kurds today. Dog? Your sultan erDogan is a dog (and you are his b*tch).

Losses are starting to mount for TAF.

They still have more . It would be the Kurds that cannot last the distance is my opinion.

They are the 2nd biggest NATO army, they probably suck RN due to the thousands that were purged

The video is pointless since all it shows is helicopters flying around. No explosions or damage done to any of them in the video. :/

Well it was confirmed by Erdolf himself of it being downed, so they need a better video.

Actually TAF says it was most likely a malfunction. Dumb Erdogan has no idea what he is talking about. He was in a meeting giving speech when he said that a helicopter was downed and at first everybody thought YPG shot down so he said that helicopter was shot down by YPG. But there is nothing at hand that suggest the helicopter was shutdown by someone.
In the video helicopter has no engine power and tries to land with autorotation but they went down so fast. What are the chances of YPG scoring a critical hit to engine or transmission with a DShK ? (Presuming they fired at it with DShK if they fired at all)

They shot down two and both suffered casualties , 2 pilots died in one and 9 others died while transferring troops most of those were officers. Seems that the TAF will defeat itself with stupid maneuvers like these ones and the TSF will likely implode from being inept as it usually has of late. The accuracy of such weapons can be of some dispute but when you fire a couple rounds at once one will always hit.

You are clueless. Crashed helicopter is an assault heli,crewed by 2.

If you are following YPG media they downed hundreds of helicopters,”sieged” jets mid air (lol),sunk a dozen of submarine fleet and some destoryers. They also shot down a few satallite on top of killing 30.000 soldiers.
Really? There is no 2nd heli downing. 11 soldier died in total in different parts of Afrin. Just because I am wondering where do you get these news from?

Loses from both sides are of no effect or even beneficial for the SAA.

More blood! (from both the sides)

Hope they died in agonizing pain.

Is that really necessary?

Ottoman armies turned back in disgrace. Just like 1683! :D

I want to remind everyone on this platform of something that everyone else has forgotten. almost 100 years ago, the Ottoman state, which almost all the world count 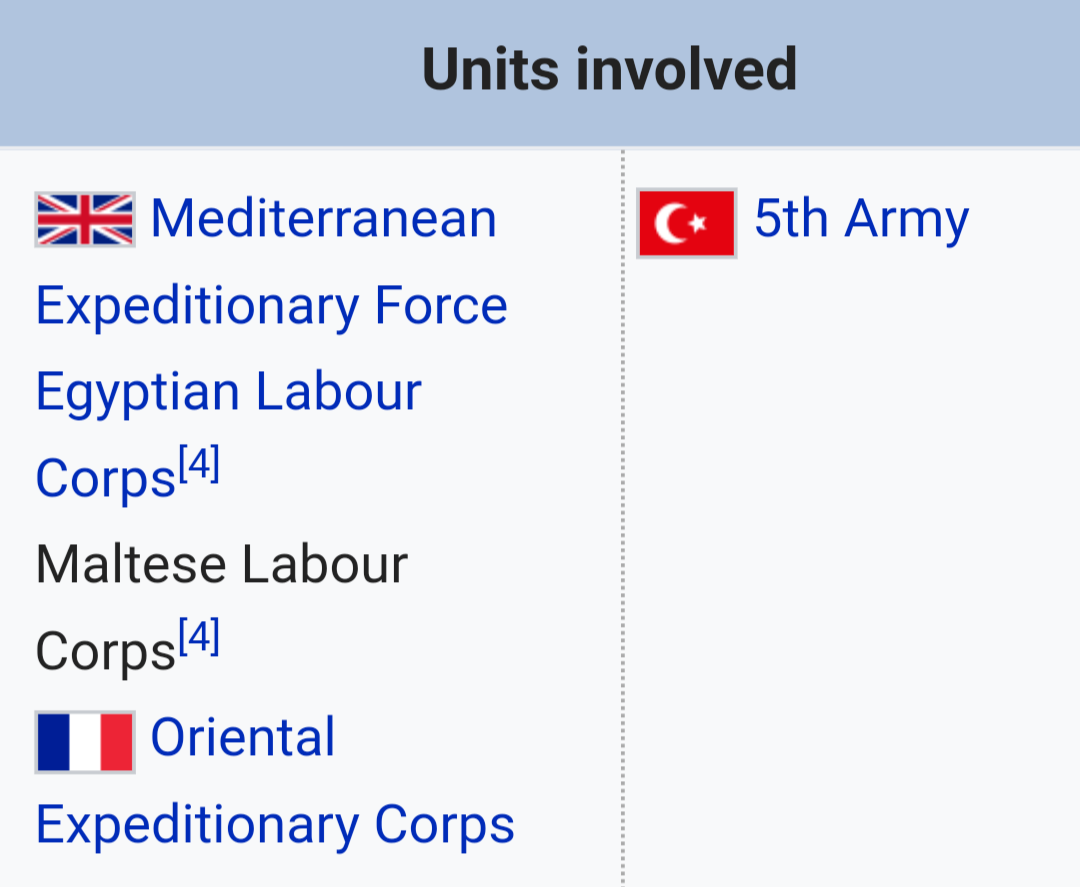 ries attacked with the latest technology weapons but could not defeat, became the second largest army of NATO, one of the biggest associations of the world 100 years later. Do you think that the terrorist organizations supported by the imperialist powers will be renewed? POWER IS LOCATED IN EAST.
Image source = https://en.m.wikipedia.org/wiki/Gallipoli_Campaign

Your link says otherwise. Ottomans joined WW1 by their choice, not because they were attacked. Same situation exists today.

The Gallipoli War is not an attack, it is defending. If you read clearly that you did not read history, you knew how to talk to a Turk.

Are you dense? Ottoman attack on Odessa preceded Gallipoli…..When you start a war there are consequences. I know you Ottomans love Gallipoli, as it was your one and only “win” in WW1 so whoop it up, even though it was basically a draw. Now, yet again you Ottomans are initiating wars, as you have done for 700+ years.

I’m not Trump, but if I were you Ottomans would be expelled from NATO, Cyprus and northern Syria.

we Turks have taken our place in history for thousands of years. you in the last 100 years: D but do not be afraid we will be sorry for you

Yes. Thousands of years of being raging barbarians, alongside your Mongol brethren. You have already forgotten the lesson of 1918 so you will have to relearn it in 2018!!!

You could not even breathe in the Middle East if it were not the figurine base. you have forgotten your lesson: D

Do you know where this place is? 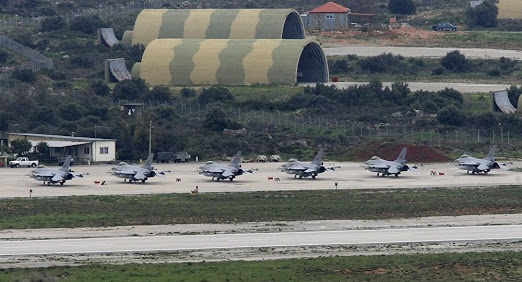 Incirlik is no more irreplaceable than Clark AFB in Philippines.

I hope you know where the Philippines are. because we are in the Middle East. but you are talking about a slave country in the great ocean. :DDDD

This means the country is kneeling in front of imperialism.

Such incompetence. I don’t think any wise commander would use choppers in a mountanious area. We know PKK has MANPADs but in such a dense and mountanious area choppers can be taken down by other means, such as, DShK(ДШК, for Дегтярёва-Шпагина Крупнокалиберный, Degtyaryova-Shpagina Krupnokaliberny).

Let’s remember, In 1988, during the conflict in Northern Ireland known as “the Troubles”, a British Army helicopter was hit 15 times by two Provisional IRA DShKs smuggled in from Libya, and forced to crash.

And the conflict in Northern Ireland’s battlefield wasn’t as dense or as mountainous as it was in Afrin yet British Army’s chopper was taken down regardless.

I suppose use of choppers are due to the pressure created by the political figures. Perhaps they are told finish this op. as quick as possible. But an operation’s success has nothing to do with its duration. I doubt any academician would include duration as one of the parameters of a succesful military operation.

Turkey has a standing army of half a million if I have it right. Now not all of those will be equally usable, but if you send only 6000 men (in mountains, against an experienced enemy) then clearly the idea is NOT “be decisive as quickly as possible”. And TFSA cannon fodder hardly changes the equation, just as likely you want most of them killed off before they cause too much trouble inside Turkey itself. It rather seems that Erdogan is sending a message to the US, probing their reaction, while limiting losses to the Turkish armed forces to what he can get away with politically.

You are at least partly correct. On the other hand, turks likely seriously underestimated both YPG numbers and fighting capabilities.

Hubris is the stuff wars are made of; it’s always like that.

This downing was confirmed by news in Turkey and Erdolf so it’s definitely downed.

Tiocfaidh Ar La, sing Up the Ra
SAM Missiles in the sky

Surrounded by the three sides, Afrin’s terrorist sites in the towns were held intensely by the border guards around the storm. Turkey has also started its fighter jets destroyed a large number of positions. After the shooting of the targets on Syria’s Raco Mountain, there was a high level of smoke rising in the area. Military activity continues in the region. :)))))

All turkish faschists will pay dearly. ;-) Trust me… ;-)
In the end Erdo-Führer will end somehow between the end of Hitler and Mussolini – I would perfer last ;-)

The targets in Syria are shot with F-16s from the air, and with the storm surge and multi-barrel Rocket Atar (ÇNRA) missiles on the ground in the Olive Dalı Operation successfully executed by the Turkish Armed Forces (TSK). The operation of the Olive Branch initiated by the Turkish Armed Forces towards terrorist organizations DEAŞ, PKK / YPG-PYD in Syria is continuing successfully. Turkey shield the set targets are hit by helicopters and F-16s. On the other hand, the storm surge and the ÇNRA fighters do not breathe the terrorists. After the shooting of the targets on Syria’s Raco Mountain, there was a high level of smoke rising in the area. 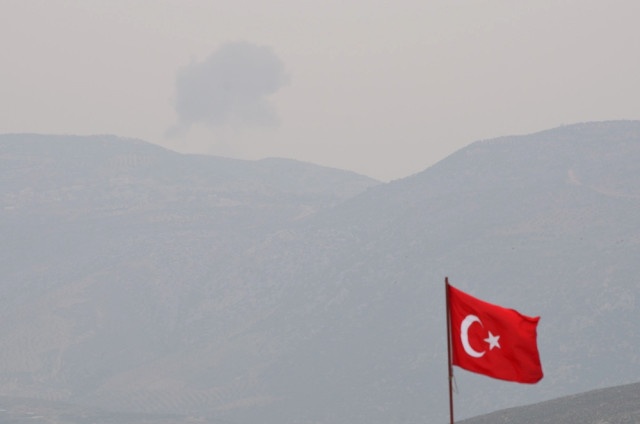 You still like it warm and wet in Führer Erdogans toches? Bit smelly, don´t you think?

Man dagang. Aleppo is a desert area???…………is perhaps the biggest battle of the 21 century until now……….and was a russian.syrian victory.

When the operation is over, the Turks will give everybody an olive tree. Saygılar ~ TAF ~ 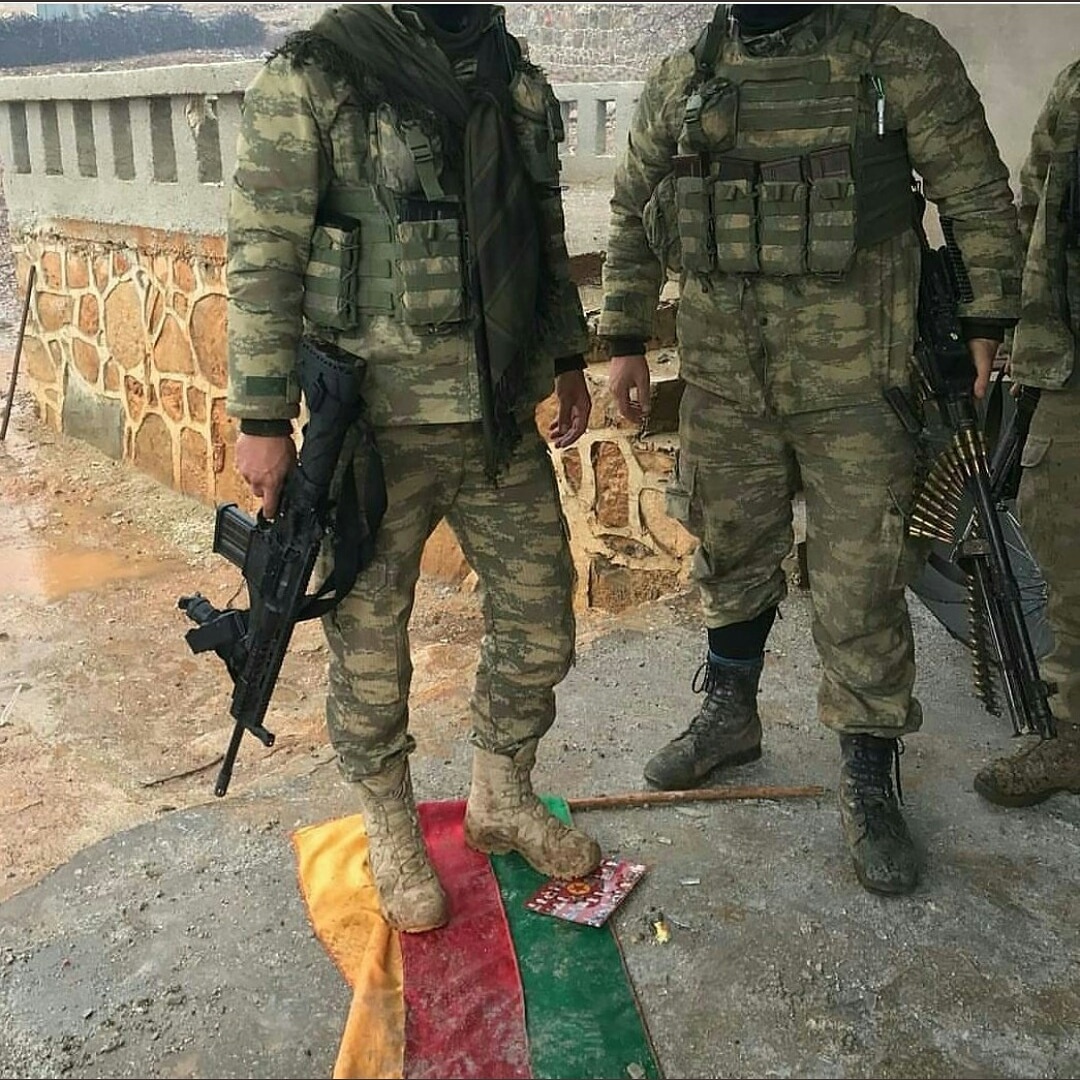 A childish act by teenage boys in the TSK, followed by your own childish comment, None of you are off to a good start and your parents say that you cannot come out after supper until your Jihadi lessons are done

have you left your brain at home?