On February 3, fighters of the Kurdish People’s Protection Units (YPG) attacked several positions of the Turkish Army and its proxies from the Free Syrian Army (FSA) around the village of Ali Kar in the Bulbul district north of the city of Afrin. According to the Hawar News Agency (ANHA), YPG fighters killed five fighters of the Turkish Army and injured six others during the attack.

The YPG media wing also announced that its fighters had destroyed three tanks and armored vehicles of the Turkish Army in the villages of Heftar, Mamela and Shaltahti with ATGMs.

Meanwhile, Syrian opposition sources reported that the YPG had shelled the city of Azaz, located 15km east of Afrin, with seven rockets. At least four civilians were injured in the YPG’s rocket attack, according to the sources.

From its side, the Turkish-backed FSA confirmed that its fighters secured the village of Bilal Koy north of Afrin on February 2. Bilal Koy had witnessed clashes between FSA and YPG fighters since the beginning of the Turkish military operation in the Afrin area on January 20.

In the last two days the Turkish Army advance in Afrin area slowed down. This could be the result of the increased YPG resistance. The group uses new tactics and weapons, including ATGMs, in its defensive operations in the Afrin area.

You can call me Al
Reply to  Travis Kelso

Yep, it wont please the Kebab boys. The US are just ramping up the conflict so they can spew there “we need to ramp up our presence to bring our peace to the region” BS out.

Many more modern anti-tank weapons were bought from Turkish, Qatari, Saudi and US-backed rebels who, according to a YPG fighter, used to sell even their clothes. Also, YPG/SDF east of Euphrates acquired MILANs from KDP and PUK Peshmerga, captured various ATGMs and anti-tank rockets from ISIS and probably transported some of them to Afrin and Shehba Cantons via regime-held areas.

This is consistent with reports by van Wilgenburg, a long time Hewler based reporter who actually speaks kurdish (kurmanji) and reports extensively on the region.

They really nailed it on the last one

They sound like 12 year old no scopers on COD.

I think in the last video you can see a leopard 2 gets destroyed by an konkurs atgm.

If you don’t put the ammo inside the body, this may be a stupid question, but where do you put it ?; you cannot nip outside you fire for new ammo.

PS I thought they were always inside, but I only know what I have seen in films.

Potato Potato
Reply to  You can call me Al

Abrams stores the ammo in a blow out compartment in the back of the turret. 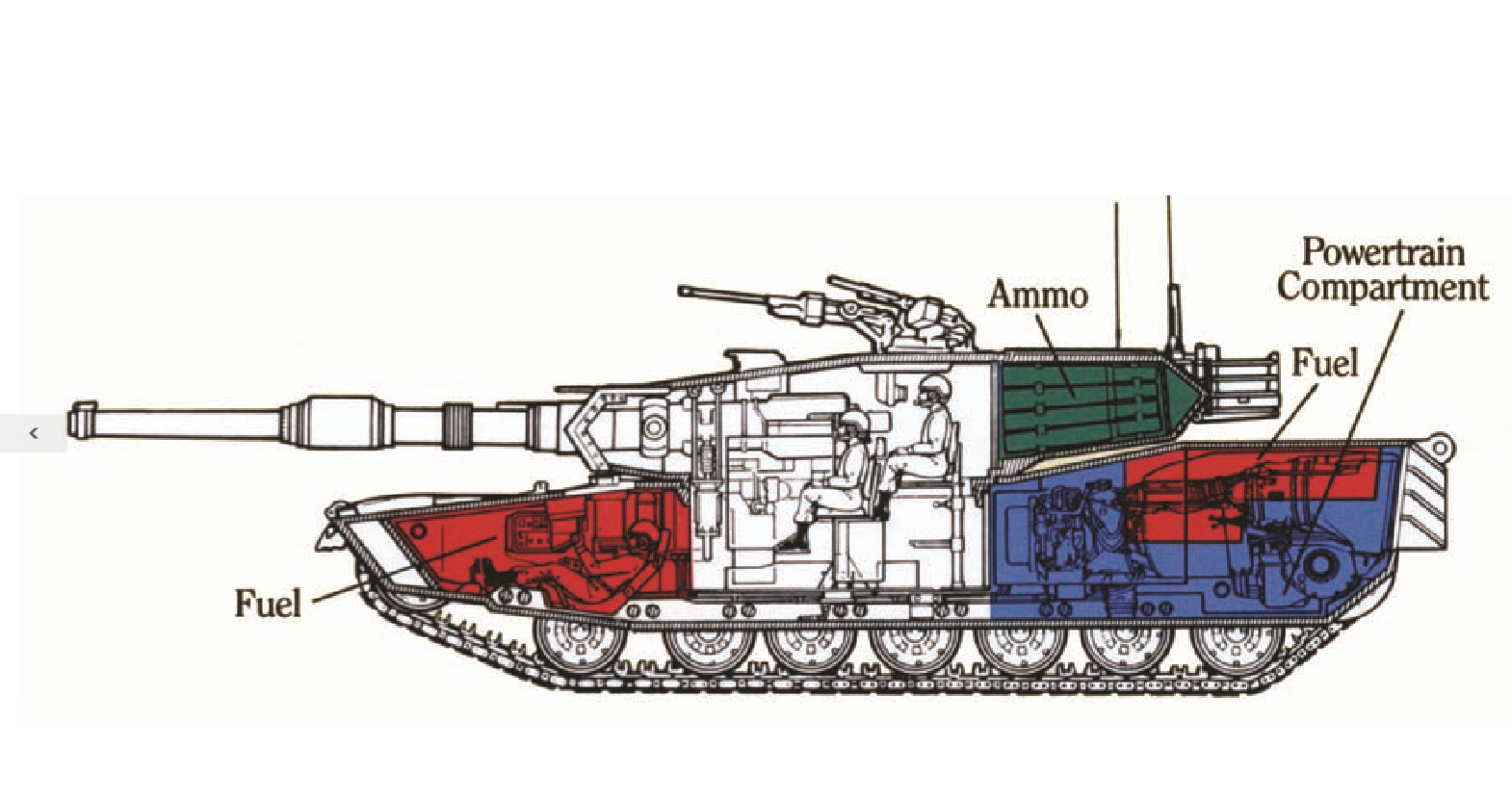 You can call me Al
Reply to  Potato Potato

AH I see, thank you, much appreciated. I just assumed everything inside was open.

Only the Abrams doesn’t store ammo in the body. The Leopard 2 on the other hand, is an overhyped unproven German pos that is as survivable as a T-72.

You put the best tank of the world into the hands of monkeys and it will get blown up. Be it T-90, Leopard 2 or Abrams. The Saudis are losing by the bushel in Yemen as well. To claim that the Leopard 2 is shit based on the performance of the Turkish army is the same as saying that all T-72’s are shit based on the performance of Saddam’s Iraqi army in the First Gulf War.

The turkish army is reasonably well equipped, though its core heavy equipment like tanks and fighter planes are on the point of becoming obsolete in a modern war, though funtioning against a non state of the art army/militia.

Morale with the Turkish army is bad and worsening as a result of its poor performance in Afrin and as can be seen by TSK allowing atrocities to happen.

As SDF are now taking on hit and run tactics in the small areas taken by TSK and TFSA in Afrin, TSK will have to adapt its tactics too and I wonder if they are able to combine assault tactics on entrenched defensive positions with defending against hit and run operations behind their lines.

As far as I can read maps, there are two small incursions with a depth of almost 5kms and three more with a depth of less than three kms but a somewhat wider front. Very susceptible to hit and run counterattacks.

Whose officer corps has been gutted, and is still being gutted by Erdogan’s purges. You only have to look at the Red Army’s performance in the Finnish Winter War to see what kind of effect that has on a modern military.

You can call me Al
Reply to  Siegfried Mueller

“Destroyed” doesn’t seem to do it justice – it was absolutely obliterated.

Try to convince Turkey to stop the offensive now. This just strengthened their resolve.
It also made them aware that it’s time to fully rethink things and commit to a camp.
If they give in to the US demands, Kurdistan will be based on Turkey not in Syria.
Kurdistan in Syria is not feasible du to demographics.

“Kurdistan in Syria is not feasible du to demographics” I wish I could put smileys here, the smiling one with tears coming down :D:D:D

What demographics? Where do you think 3.5 million Syrians, mainly Arab and Turkmen have come from, to Turkey? Northern Syria is ALREADY ethnically cleansed thanks to joint efforts of US, ISIS, PKK. 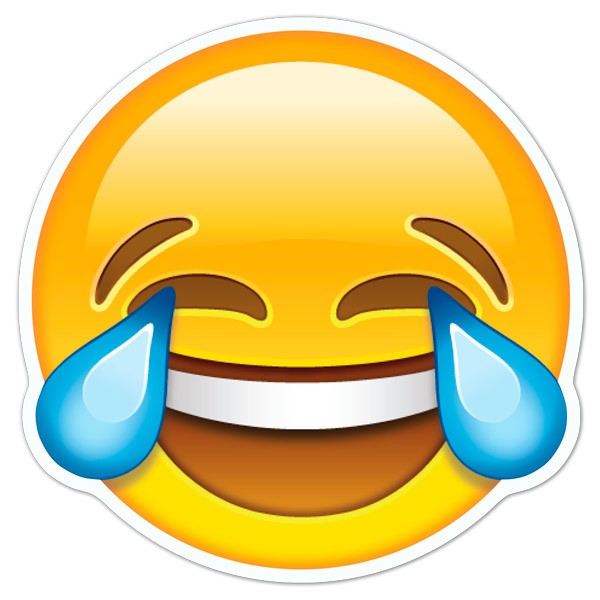 PS I thought it was the SW mainly of Turkey…..

Skagos
Reply to  You can call me Al

Not sure what this has anything to do with my or @walidhammami:disqus’s comment.

The vast bulk of Kurdish population is in Turkey , while possibly half those 3.5 million Kurds in Syria came from Turkey , there are still many millions more in Turkey , and they are not moving south .

The Arabs and Turkmen will come back to Syria. Turkey has no intention of having refugee camps “ad vitam aeternam”. Kurds will definitely impede the return for obvious reasons. If they do return Kurdistan cannot be a democracy or the Kurds will lose control.

That’s why I said it’s not feasible demographically. Unless a la Israeli, with massive immigrations and ethnic cleansing. Not gonna happen. Even Israel will barely survive the next 10-15 years. Let alone Kurdistan.

The Turks must now fight to the very end to prevent being broken up as per the Pentagon plan. This is no more just an “operation” but fight for existance on both sides. Turks will win but the casualties will be very noticeable.

Get your facts straight: http://www.peaceinsyria.org/downloads/Report%20FFM%20Rojava.pdf

Btw, there are thousands of Arabs in the YPG/J.

Yeah right blame the US as usual.

Well considering they were the single most largest factor in recruiting jihadists and arming them from the beginning (in the name of “regime change”), they could be blamed a lot more than that.

The Kurds and the SDF/YPG/YPJ have already have wisely stated that there will be an undivided Syria in a federal system of Canton/States provinces that make North America so strong. That is their strength for all 23 million Syrians. Iraq, Turkey, and Iran would benefit from the same systems for the future of their own people

That is a flawed analogy with US federalism – as Syria has an extremely different political scenario. The US has no equivalent to a single canton controlled by a specific and localized ethnic minority group, that seeks political and cultural autonomy from the national majority, and has its own armed ethnic based militia, and is currently in military alliance with a hostile anti-Syrian foriegn power (US). With added regional dimension of immediate cross border and localized, same, ethnic Kurdish minority populations, also seeking autonomy, and or independence, again with own armed militias, in the two neighboring countries of Turkey and Iraq. It is very different scenario, which not only has regional ramifications due to nexus for cross border ethnic separatism, but is occurring in a highly unstable conflict zone of mutual distrust in words and actions of other actors.

The same could be effectively applied to Turkey, Iraq and Iran. Why? because we are dealing with people and a common humanity which is universal. The challenge/theat to all that I outline are oppressive leaderships who want to maintain their death-grip on power at the expense of their own people

Al Arabiya reports Erdogan stated the invasion will end soon. This could mean everything between tomorrow and somewhere in 2019.

Looks like TAF is suffering the same mistake SAA suffered. Putting the tanks upto the front and just letting them stay there so it can get shot easily rofl.

Turkey getting bogged down.

This war will be the worse nightmare of Erdogan. He can not even step back for fear of loosing credibility . This war in itself will trigger more victims and material loss, eroding popular confidence. Erdogan will then be in jeopardy.

these are good shots, including the second to last one

More Konkurs for the YPJ !
This will give time for Erdogan to re think in Syria.

Will Turkey start some rethinking with rumours about fights between Turkish invaders and SAA at an Eis on top of this?