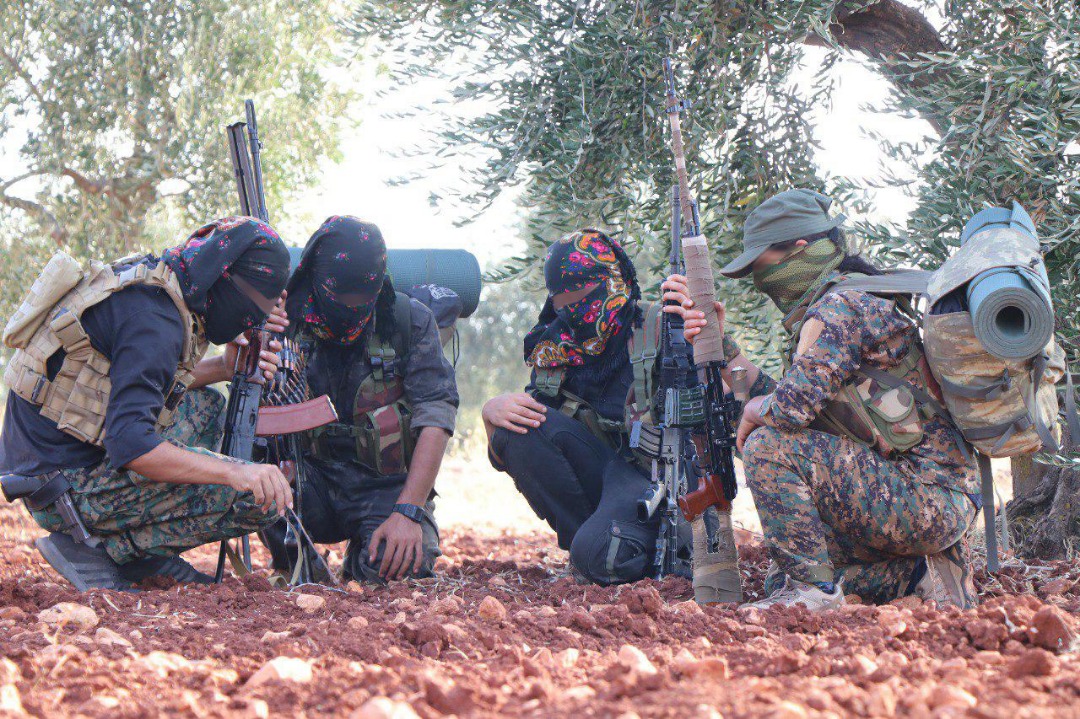 Early on May 19, Kurdish fighters raided a position of the Turkish-backed Syrian National Army (SNA) near the town of Bosoufane in the southern part of occupied Afrin.

According to the Syrian Observatory for Human Rights, five fighters of the SNA’s al-Sham Corps were killed during the raid. Prior to the attack, three people, allegedly civilians, were injured, when Kurdish fighters targeted a mini truck near Bosoufane with an anti-tank guided missile.

“After the attack, clashes erupted between the two sides, while Turkish forces shelled the Kurdish-held villages of Mar’naz, Shawarghah, al-Malikiyyah, Sawaghankah, Kaloutah, Baynah and Maysah in northern and northwestern Aleppo,” the London-based monitoring group said in a report.

The Hawar News Agency revealed that four service members of the Syrian Arab Army (SAA) were injured as result of Turkish shelling on Mar’naz. The army is yet to respond.

The SAA maintains a fairly large force in Kurdish-held areas to the south of Afrin. Several units of the Russian Military Police are also present there.

The successful raid was likely carried out by the Afrin Liberation Units, one of few Kurdish guerrilla groups which are active in southern Afrin.

Turkish forces occupied Afrin early in 2018 following a rapid attack on Kurdish forces. Since then, the situation in the Kurdish-majority area has been unstable.

Hamas HQ at the Vatican

The Kurds need to side with Assad and abandon their neo-colonial project with America. America is going to have to withdraw from Iraq and Syria eventually. Their main focus is China, and the positions in Syria and Iraq are absolutely useless to America.

jens holm
Reply to  Hamas HQ at the Vatican

It seemes You not even know why the USA/France/GB alliance are in Syria.

Fine if China takes over. As number one everything bad will be their fault and western-jews will have a break.

Many here probatly also hope the many refugees and emmigrants will integrate themself better then here in Europe.

Hamas HQ at the Vatican
Reply to  jens holm

Haven’t you seen the Bidan-Harris administration? They are clueless as to the middle east, and they frankly don’t care. The US is in decline due to several factors, and the USA does not have the means to be in the middle east. The USA is trying to focus all of their efforts on containing China, since China is going to beat the USA in almost everything in several years.

Putin Fartsmeller
Reply to  Hamas HQ at the Vatican

Dear leader Putin’s AngloZionist partners have “misplaced” over $21 trillion since 9/11, but who knows how much their black budgets are actually worth. They’ve control of most of the world’s treasure islands and tax havens for starters, then there’s central and commercial banks, stock markets and quantitative easing.

I wouldn’t bet our precious “multipolar” new world order on the US withdrawing from anywhere the Russian-speaking country of Occupied Palestine needs the US to be as an AngloZionist invader.

Is that a B-52 flying in Ukrainian skies? Time for more cooperation with our EU partners.

The Objective
Reply to  Hamas HQ at the Vatican

The disbanding of the SDF would be a good situation for Turkey. If those Kurdish areas would fall into Assad’s hands, Turkey won’t try to take it back. Turkey’s major issue is the disbandment of the SDF. But the problem is that neither the SDF nor America would agree to handover those Kurdish areas to Assad. You think the SDF will just disband and not fight the SAA in the even that America withdraws? They want an independent Kurdistan or a highly autonomous one, which I doubt Russia and Assad would agree. An autonomous or independent Kurdish government in Syria will invite a Turkish invasion to disband them because they are a national security issue for Turkey. Turkey is currently fighting PKK terrorists ON Turkish soil. Imagine a similar armed group right on the border. They’ll attempt to destabilize Turkey by helping their Turkish-based PKK brothers. If Turkey’s national security is on the line, I’m pretty sure the Turkish military will be ready and willing to confront both Assad and Russia in Syria if they tried to prevent the dissolution of the SDF or any unofficial terror outfit that may replace them. I’m also sure Putin understands what this means for Turkey and will behave reasonably. The only solution is for Assad and Russia to disband the SDF after America withdraws. Kurdish fighters will not be allowed to establish a militia-style presence on Turkey’s border. This is what America is trying to create – a constant threat to keep Turkey busy, but it won’t happen.

Looks like a revolution is the only way out https://youtu.be/MeVemzEBWps

No its not. Thats mob supported by bad Govrness replaced by Trumpets.

They now had Biden, which is much better even the real revoultion should be taking in vital parts of the Sanders compensation for the bad parts of Capitalisme.

Biden be very good much for bad parts of Capitalisme Govrness and Trumpt Trumpets tommorow maybe do now of Snaders compensation.

the turks stole land from greeks, armenians, kurds, arabs, assyrians, had pedoharems(including boys) stole children from their parents to brainwash them to fight for them as janicar,

stole the most holy church/cathedral for orthodox christians, like Usa would conquer mekka and made a protestant church of the kaba and her mosque.

greywolfs(american nato codename gladio) turkish criminal nazi group. and than the fake muslim(golum) who drives in his maybach to his palace with his wife gucci chanel but headscarf ;)

steals from the normal turks and acts like the saviour of the righteous poor muslims and supports MUSLIM BROTHERHOOD which made by the British to subvert the Muslim to controll them. Saudi, UAE, Katar, MUslim BRotherhood all made and controlled by Satanic British Royals. and turkic Propaganda says how wonderfull OTTOMANS were stealing, killing, raping

How can the normal turks be proud of being used by satan to bring suffering to its neighbours ???